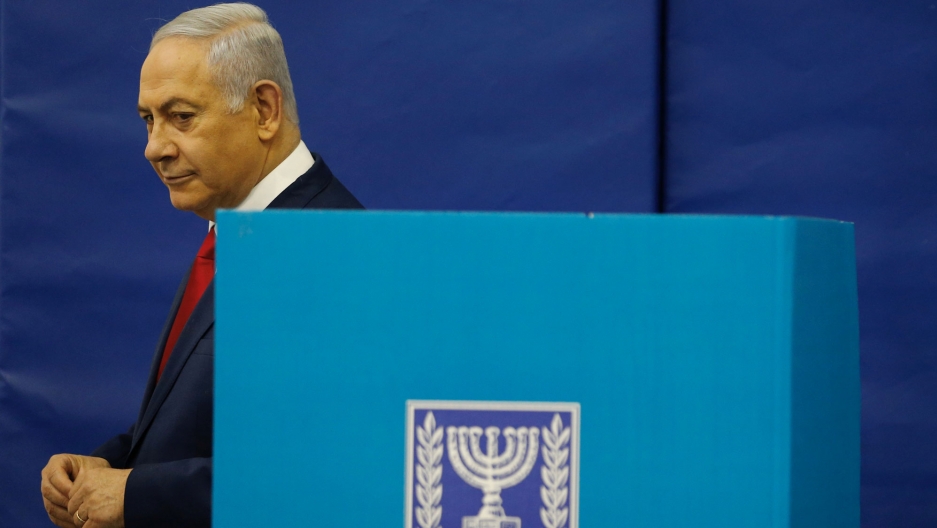 Israeli Prime Minister Benjamin Netanyahu could learn whether he'll be elected for a record fifth term on Tuesday or if Israeli voter's will choose a new direction with an ex-general who has pledged clean government and social cohesion.

During the campaign leading up to polling day, the rival parties waged a vitriolic online battle, accusing each other of corruption, fostering bigotry and being soft on security.

After an election eve visit to the Western Wall, Netanyahu, 69, voted at a polling station in Jerusalem on Tuesday morning, accompanied by his wife, Sara.

"This is truly the essence of democracy and we should be blessed with it," he said, shaking hands with election officials and posing for selfies. "With God's help the State of Israel will prevail. Thank you very much. Go to vote."

Casting his vote in Rosh Ha'ayin near Tel Aviv, Gantz, 59, said: "This is a day of hope, a day of unity. I look into everyone's eyes and know that we can connect." 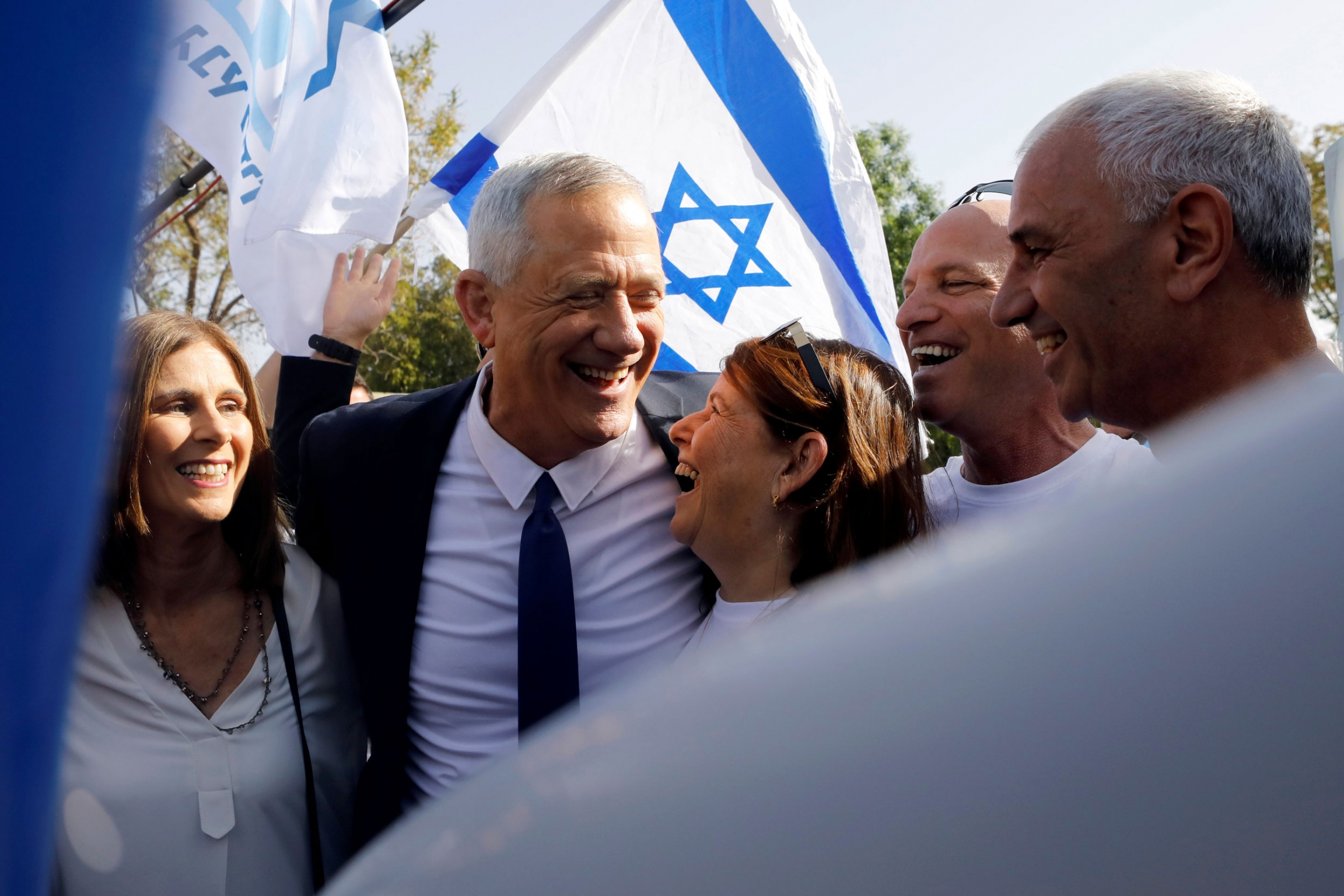 Benny Gantz, leader of Blue and White party, celebrates with supporters and his wife Revital after casting his ballot.

After the election Israel's president, Reuven Rivlin, will consult the leaders of every party represented in the Knesset and select the person he believes has the best chance of forming a government.

Polling stations opened at 7 a.m. across the country and will close at 10 p.m.

But the victor may not be decided immediately. No party has ever won an outright majority in the 120-seat parliament, meaning days or even weeks of coalition negotiations lie ahead.

One factor may be the turnout of voters from Israel's 21 percent Arab minority. Many were angered by Israel's nation-state law, passed in 2018, which declared that only Jews have the right of self-determination in the country. Netanyahu supported the legislation.

Voting in a predominantly Arab neighborhood in the northern Israeli city of Haifa, Arab legislator Ayman Odeh, who heads the Hadash party, said that engagement was key to bringing about political changes that would benefit the Arab community.

"We have to vote ... we need to come in droves by train, bus, car and any other way to vote and make a crucial contribution to topple the right-wing government, and especially Benjamin Netanyahu," he said.

"It is very important that Arabs vote for the party that represents their values 100 percent, not 80 or 40 percent like other parties," he said. Some Arabs have indicated they will vote for left-wing or centrist Israeli parties instead of party lists dominated by Arab candidates.

According to figures released by Israel's Central Bureau of Statistics, Israel's roughly 9 million population included 1.9 million Arabs at the start of 2019. Most were Muslims, Christians or Druze. Jews made up 74.3 percent of the population.

"He has had enough, he did enough. Now when he feels his earth, the political earth, is shaking, he is destroying everything. This has to be stopped. I am here for my kids and the next generations. There is no one who can't be replaced."

Backing Netanyahu was another voter at the same polling station, Avi Gur, 65, a lecturer at Ariel University in a settlement in the Israeli-occupied West Bank.

"Very excited, very excited. I hope that rightism will win," he said, adding that the Likud leader was "the best prime minister there has ever been" in Israel.

"I voted for them hoping for change, a change in the racism that exists here," she said. "We live together in a place of peace, why should hate exist between people?"

With little policy daylight between the two main candidates on issues such as Iran and relations with the Palestinians, much of the voting will be guided by judgments on character and personality.

Netanyahu casts himself as the victim of media bias and judicial overreach, Gantz as a salve for Israel's religiously and ethnically riven society and its ties with liberal Jews abroad.

But the distinctions between the leading parties in Israel were not as clear as they were in past decades, said Nabil Shaath, a veteran adviser to Palestinian Authority President Mahmoud Abbas.

By Dan Williams and Ari Rabinovitch/Reuters