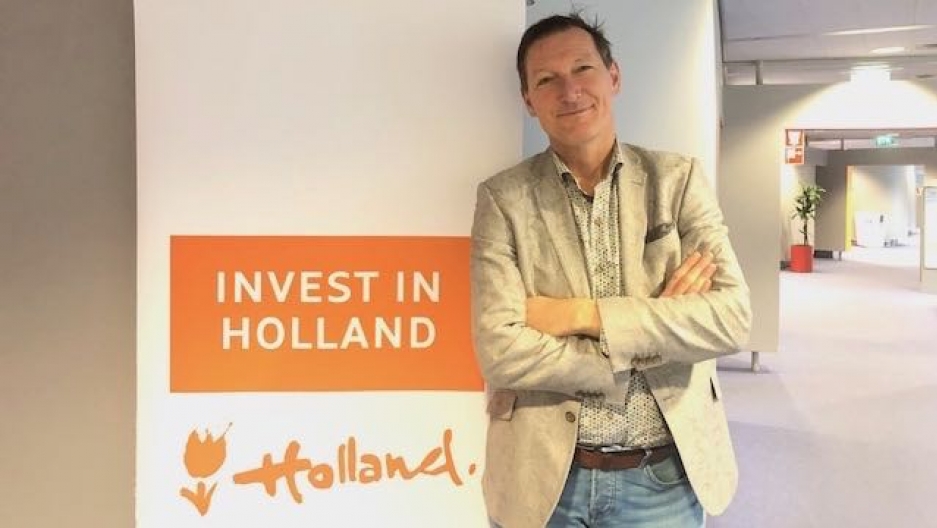 The chaos surrounding the daunting Brexit process has signaled plenty of trouble for the British economy.

For starters, Honda, a reliable employer in the United Kingdom for decades, is closing its Swindon factory and scrapping plans for new factories in Britain. Thousands of jobs are going away.

It’s not just the carmakers leaving the UK. Banks are moving to Frankfurt, Airbus is probably pulling out, and North American and Japanese firms are leaving in droves. A trillion dollars in assets are being shifted from the UK to the rest of Europe.

Many UK companies aren't venturing far, though — to the Netherlands.

It’s Jeroen Nijland’s job to convince businesses that the Netherlands is their best bet for safe harbor. He’s the commissioner of the Netherlands Foreign Investment Agency, which assists companies looking to set up shop in the country. The agency does everything from organizing fact-finding missions to arranging meetings with partners.

Ever since the Brexit process started, Nijland and his colleagues have been extra busy. Their workload has tripled, and they’ve had to take on more staff to meet the demand.

“We are working on 250 Brexit-related products; 250 is also not the maximum of the projects for us,” Nijland said. “It will continue to grow as insecurity is still there. Half of the companies moving over were UK companies, and a quarter were North American companies.”

Related: Tea, bingo and cockles — my journey to Brexit-on-Sea

Nijland says that as chaos around Brexit drags on, it's forcing a lot of UK-based companies who were considering moving across the English Channel last year to finally do it now.

“What investors really are looking for is a stable environment. These are strategic decisions that involve a lot of money. ... They can only make these decisions in an orderly way if the environment is predictable. If you want to do something for investors, this is one of the best things you can do.”

“What investors really are looking for is a stable environment. These are strategic decisions that involve a lot of money. ... They can only make these decisions in an orderly way if the environment is predictable. If you want to do something for investors, this is one of the best things you can do.”

Amsterdam "has arguably done more than any other European competitor to minimize the damage, and even find considerable upsides," a recent Politico story says.

The city drew 153 foreign companies in 2018, bringing 7,200 jobs with them, Politico reports. In addition, "Half of the 4,000 jobs that will be created over the next three years are directly due to Britain’s decision to leave the European Union, according to the city government," the Politico story says.

Nijland says the biggest catch for the Netherlands thus far is the European Medicines Agency or EMA. The EMA is the European Union’s equivalent of the United States' Food and Drug Administration.

It moved from London to Amsterdam last month, bringing 900 jobs with it.

The EMA is currently in temporary digs near Amsterdam Sloterdijk Station while their permanent headquarters by the World Trade Center in the South Axis business district are readied. The EMA had to act fast to get ahead of the uncertainty surrounding Brexit.

“We knew at EMA that this would have consequences,” said Elizabeth Scanlan, a communications officer originally from Galway in the Irish Republic. When she thinks back to the Brexit referendum, she’s still “amazed and shocked by the result.” 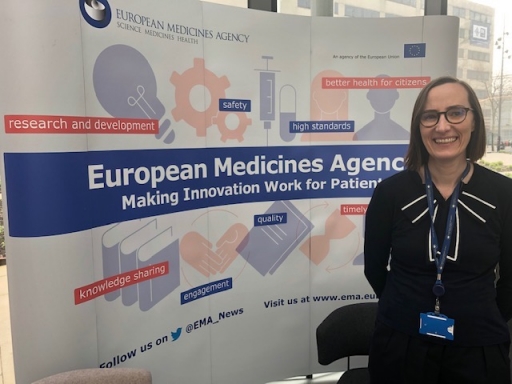 Elizabeth Scanlan is a communications officer with the European Medicines Agency or EMA. The EMA is the European Union’s equivalent of the FDA. It moved from London to Amsterdam last month.

Scanlan, her partner and children had only just settled into the EMA’s London office from another job in Paris when the referendum turned her life upside down.

Scanlan has had to start anew in Amsterdam. That includes learning Dutch. “I can say dank je wel ["thanks"] and alstublieft ["please"] and some pleasantries like that. My kids can speak it already. Maybe ask me again next year, OK?”

If the Dutch government wants UK-based companies to view the steady Dutch economy as a kind of lifeboat, think again. Nijland says he’s concerned that the Netherlands may get sucked down with it.