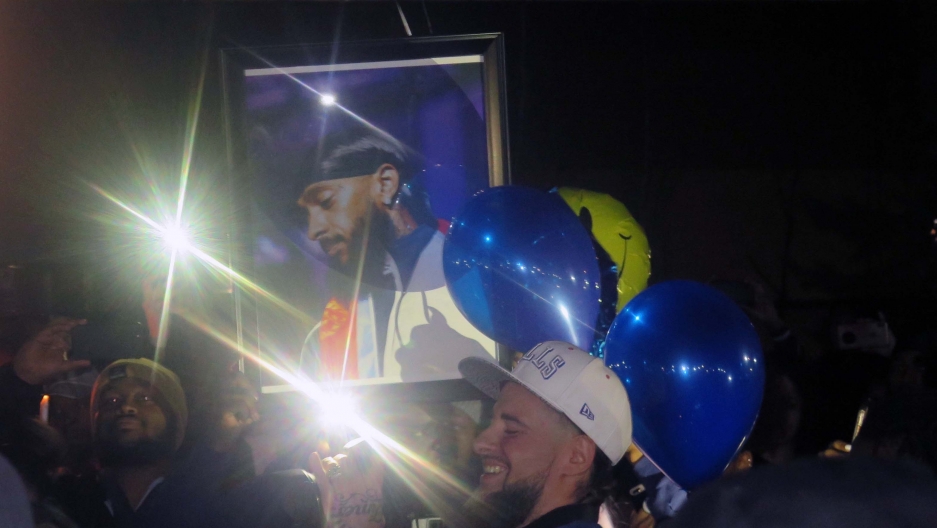 “For 24 hours, I didn’t leave my bedroom,” she said. “I didn’t get up to eat, I didn’t go to work, I just continued to listen to his music and just kept asking the question, 'why?'”

For Melekin and other Eritrean Americans, it felt like they had lost a family member. Hussle, 33, was of Eritrean descent, and a treasured member of the country’s diaspora.

“I realized our community is grieving and we’re grieving alone, especially us as young individuals,” Melekin, 26, said. So she, along with her sister and friends decided to honor Hussle the Eritrean way — with a hazen, a communal vigil that memorializes the deceased. 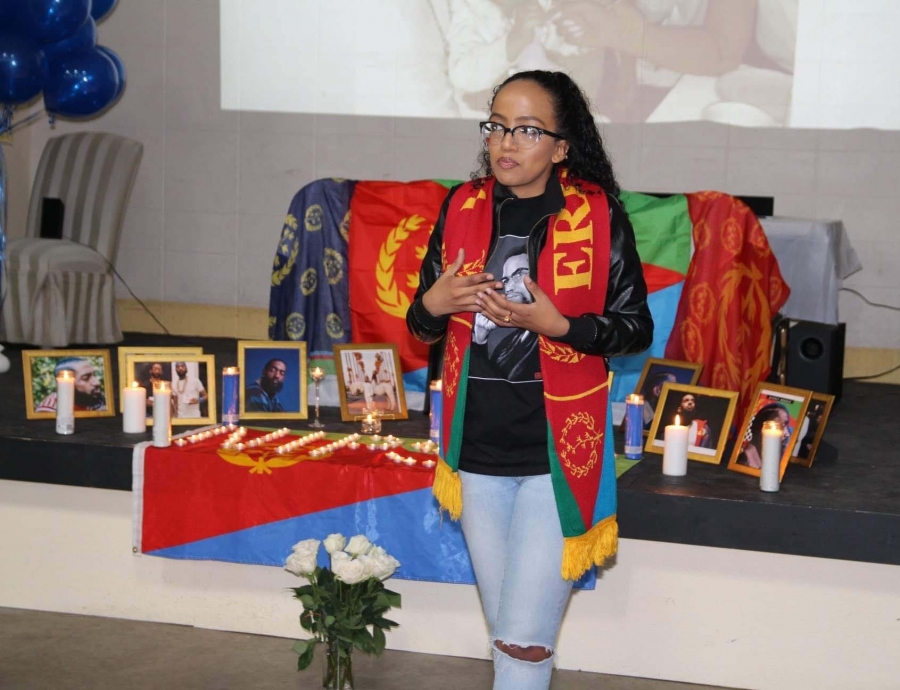 Merone Melekin shares the impact Nipsey Hussle had on her life. The 26-year-old organized the vigil in St. Paul Minnesota on April 3, 2019, along with other Eritrean American community members.

The popular Grammy-nominated rapper’s appeal went beyond the Eritrean community and beyond his music. He was also celebrated for his philanthropy and community building. Melekin knew the grief over his death would be widespread.

Almost 2,000 people packed the Eritrean Community Center in St. Paul for a candlelight vigil the evening of April 3, but not all were of Eritrean descent. Miguel Hernández, 27, drove 7 1/2 hours from Wisconsin to pay respects as a fan.

“I came over the [US] border in my mom’s stomach. I had no vision, but coming up, Nip and what he did — he inspired and he put something in me.”

“I came over the [US] border in my mom’s stomach,” he said. “I had no vision, but coming up, Nip and what he did — he inspired and he put something in me.” 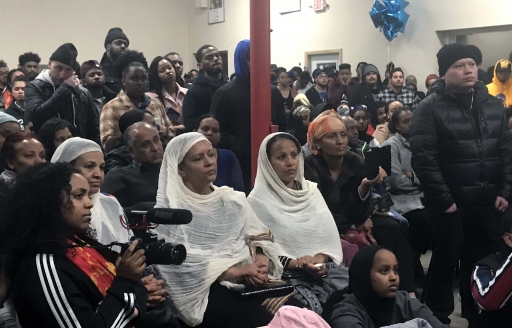 Members of the community and fans gather at the Eritrean Community Center in St. Paul, Minnesota, to honor rapper Nipsey Hussle on April 3, 2019. Hussle was of Eritrean descent, and his death brought mourning to the Eritrean diaspora in the US and internationally.

The event in St. Paul was one of 45 spontaneously planned by Eritreans across the US and internationally to remember the fallen rapper. Naomi Demsas, who works with the Eritrean Diaspora Network, said Hussle was beloved by Eritreans for embracing his heritage and for putting the small country on the global hip-hop map. His death has prompted a “collective hazen” on social media, she added.

“Because we are a small country in Northeast Africa, people don’t know about Eritrea,” Demsas said. “[Hussle] was just a guy who was young, and cool in hip-hop, but super proud of being Eritrean.”

Hussle visited the country twice in his life. Once when he was 18, and once last year.

Hussle was born in Los Angeles as Ermias Asghedom to an African American mother and an Eritrean father. He was an independent artist for years, selling mixtapes out of his car. Last year, he made his major label debut with “Victory Lap,” which garnered the Grammy Award nomination for best album. 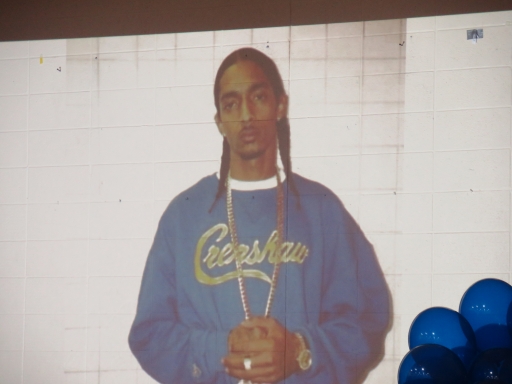 A photo Nipsey Hussle is projected on the wall of the Eritrean Community Center in St. Paul, Minnesota. As his music career took off, Hussle invested back into Crenshaw, the Los Angeles neighborhood in which he grew up.

As his music career soared, so did his investment in Crenshaw, the black LA community where he grew up. Hussle started numerous businesses and social enterprises, including a co-working space and a STEM makerspace for LA youth. But Hussle was fatally gunned down in front of his clothing store, The Marathon, last Sunday. Eric R. Holder Jr., 29, pleaded not guilty to counts of murder and attempted murder. Two other men were wounded in the shooting.

In St. Paul, the memorial spanned hours, spilling into the parking lot as fan after fan reflected on the rapper’s music and his commitment to economically uplifting the black community.

“The fact that he didn’t go to college, but he still understood economics, and education, and property management, all this stuff,” said Isaiah Whitmore, a 27-year-old from St. Paul, saying Hussle didn’t need a formal education to implement systemic change in his community.

Framed photos of Hussle and candles that spelled out Nipsey’s name were laid out on stage at the community center, along with an Eritrean flag. But a sense of pan-Africanism filled the space, as fans decried senseless violence and voiced calls for black unity. Merone Melekin believes Hussle “left us with a blueprint,” referencing how Hussle served communities in LA and Eritrea.

“It’s a call for all black people in America to come together to set forth a new vision,” added Wintana Melekin, who helped organize the hazen with her sister Merone.

As the hazen came to a close, mourners lit candles and released balloons into the sky. Hussle’s music played in the background — a soundtrack to the lives of those he inspired, now with a new level of “Dedication,” like his song.