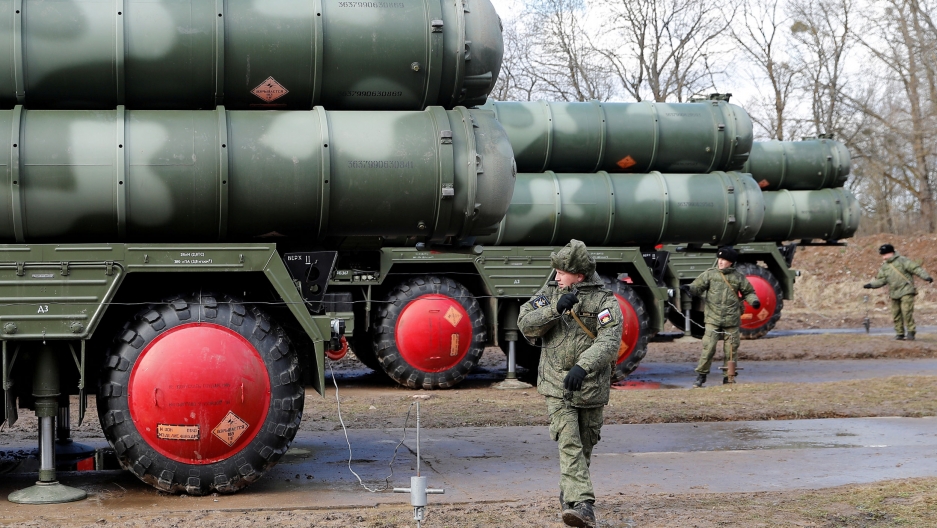 Just a day after the Pentagon halted delivery of equipment related to F-35 fighter jets to Turkey, acting US Defense Secretary Patrick Shanahan on Tuesday said he expected to resolve a standoff with Turkey over its planned purchase of Russia's S-400 air defense system.

The US is at a crossroads in a years-long dispute with Turkey, a NATO ally, after failing to persuade President Tayyip Erdoğan that buying the Russian air defense system would compromise the security of the F-35, the most modern fighter in the US arsenal.

The standoff escalated on Monday as the Pentagon announced it suspended delivery of equipment related to the F-35 "pending an unequivocal Turkish decision to forgo delivery of the S-400." The aircraft is made by US company Lockheed Martin.

If the Pentagon takes the next step and removes Turkey from the F-35 program, it would be the most serious crisis in the relationship between the two allies in decades.

Shanahan expressed optimism that both countries would find a way out of the crisis by convincing Turkey to purchase the Patriot air defense system instead of the S-400s.

"I expect we'll solve the problem so that they have the right defense equipment in terms of Patriots and F-35s," Shanahan told reporters at the Pentagon. The Patriot is made by US company Raytheon.

Shanahan added that he expected the United States to ultimately deliver F-35s currently at Luke Air Force Base in Arizona to Turkey, after resolving the dispute. Turkish pilots are receiving training on two aircraft at the base.

America's top commander in Europe, General Curtis Scaparrotti, was more cautious, saying he thought there was still "some possibility we can work this thing out." He stopped short of predicting a positive outcome.

"We're going to keep working (on) it until we know that it's just not possible," Scaparrotti told a small group of reporters.

Marine General Joseph Dunford, the chairman of the Joint Chiefs of Staff, also told reporters separately that he wasn't giving up on Ankara.

The disagreement over the F-35 and the S-400 is the latest of a series of diplomatic disputes between the US and Turkey, including Turkish demands that the United States extradite Islamic cleric Fethullah Gulen, differences over Middle East policy and the war in Syria.

Scaparrotti warned that if Turkey didn't change course, the ties would continue to deteriorate and pose a challenge for NATO, with the presence of Russian defense systems inside the alliance.

"I'm not suggesting that Turkey can't be trusted. But I am saying that you do take another risk ... with what is probably our most sensitive technology," he said.

A senior US State Department official said that while the NATO alliance was "strong and unified," US tensions with Turkey over its S-400 purchase plans were likely to loom large over a NATO meeting of foreign ministers in Washington this week.

"We have very serious concerns about its stated plans to proceed with the acquisition of the S-400 missile defense system and there will be potential consequences, within sanctions law and the F-35 program if they continue," the official said, speaking on condition of anonymity.

Turkey could face sanctions under a US law known as Countering America's Adversaries Through Sanctions Act.

Turkey's lira currency dropped nearly 3 percent on Tuesday after the US halt of the delivery and sanctions warning.

Reporting by Idrees Ali and Phil Stewart in Washington; editing by Jonathan Oatis and James Dalgleish.