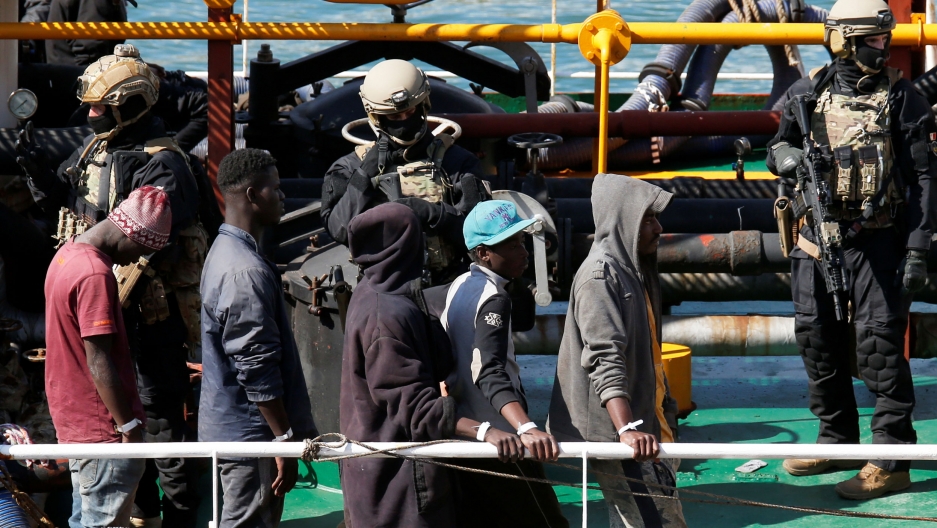 A small tanker ship called Elhiblu 1 picked up 108 migrants stranded at sea on Wednesday. Then some of the migrants hijacked the vessel when it became clear that it planned to take them back to Libya.

On Thursday, Maltese special forces took control of the hijacked vessel and docked in Malta's port of Valletta.

Police awaiting the vessel at the port arrested five men and disembarked the remainder of the migrants, including at least 19 women and 12 children, onto buses, a Reuters reporter at the scene said. The migrants, whose nationalities are not known, looked exhausted and some of the younger children were carried off the boat by police officers.

Malta's armed forces said on Thursday that a special operations team backed by fast interceptors craft and a helicopter had taken control of the ship and that it was headed for Valletta. 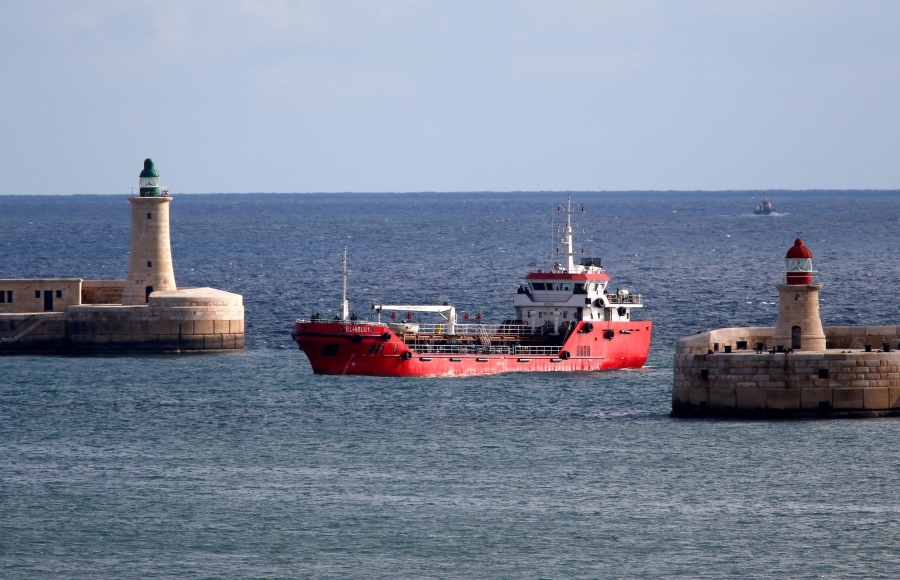 "The captain repeatedly stated that he was not in control of the vessel and that he and his crew were being forced and threatened by a number of migrants to proceed to Malta," the Armed Forces of Malta (AFM) said in a statement.

Italian Deputy Prime Minister Matteo Salvini welcomed Malta's intervention. A day earlier, Salvini, who leads the ruling anti-migrant League party, had said that Italy would not open its ports to "criminals" who had committed an act of piracy.

"Malta's military intervention is good. What happened is proof that immigration is managed by criminals and must be blocked by any legal means necessary," Salvini said in a statement.

EU states have been at loggerheads over migration since a spike in Mediterranean arrivals caught the bloc by surprise in 2015, stretching social and security services and fueling support for far-right, nationalist and populist groups. 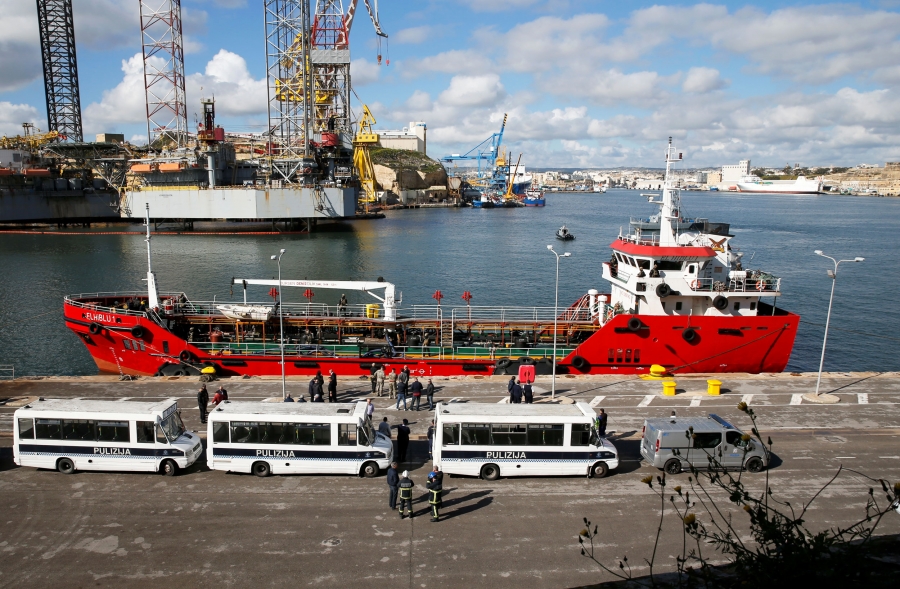 Sea arrivals have fallen from more than a million in the peak year to some 140,000 people last year, according to UN data. But political tensions around migration run high in the EU, especially ahead of European Parliament election in May.

Maltese officials said most of the ship's crew was from Turkey. The vessel is registered in Palau, according to Maltese media.

Under the influence of hardline Salvini, Italy has moved to shut its ports to people saved in the sea by the European Union ships patrolling the Mediterranean for migrants attempting the perilous voyage, demanding that other EU states also host the new arrivals.

Otherwise, Rome has threatened to pull the plug on the operation in the Mediterranean, where the United Nations says nearly 2,300 people perished last year trying to reach Europe.

After much wrangling, the EU agreed this week to extend its Mediterranean naval mission called Operation Sophia for six months beyond the end of March — but only for air patrols and training of the Libyan coast guard.