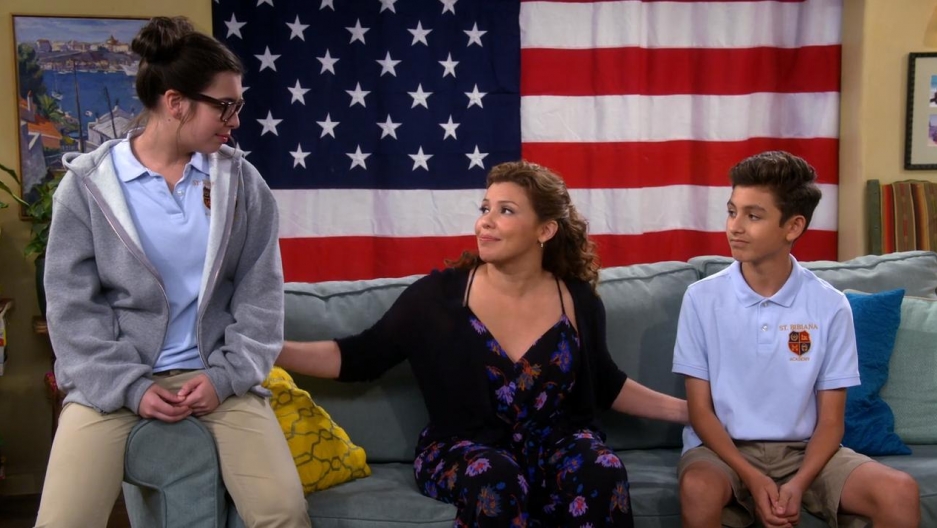 Netflix recently canceled the critically-acclaimed remake "One Day at a Time." Fans quickly took to social media to #saveodaat, one of few shows that helps narrow a widening gap in Latinx representation in the media.

When Lydia Alvarez dramatically whips back the curtains to her room, the audience knows it's in for a triumphant cheer or a hearty laugh. The Cuban American abuelita, or "grandmother" — played by legendary actress Rita Moreno — is always ready with a witty punchline on the Netflix original series, “One Day at a Time.”

But the curtain may have fallen for the last time for this critically acclaimed series — one of few where well-rounded, complex Latinx characters take center stage. Leaving the end of the third season with a twist, Netflix recently announced they would not be renewing the show for a fourth season, prompting swift backlash from fans and a social media push to #SaveODAAT.

“One Day at a Time,” co-created by Cuban American Gloria Calderón Kellett, is a remake of the 1970s Norman Lear show by the same name. The Netflix show features Latinx women at the helm and takes on a host of real-life issues — including divorce, LGBTQ rights, mental illness, inequality, gentrification, colorism, sexism and alcoholism — with sensitivity and humor.

“I think watching ‘One Day at a Time’ has really sparked that interest in how we talk about these things. It was so great to see those really difficult issues being shown on a screen.”

“I think watching ‘One Day at a Time’ has really sparked that interest in how we talk about these things. It was so great to see those really difficult issues being shown on a screen,” said Adriana Zuñiga, a 22-year-old with Mexican and Guatemalan heritage, who lives in Maynard, Massachusetts.

By expanding the definition of American family to American familia, the show was also helping narrow an increasing gap in Latinx representation. Its cancellation walks back that progress.

“It’s an egregious erasure of Latinos at a time when anti-Latino rhetoric floods our political discourse, and it’s a reminder of Netflix’s tepid support for our stories, just when we need them the most,” Remezcla editor Vanessa Erazo wrote for The New York Times.

Latinos are the most avid consumers of media, according to The Latino Media Gap report, but “the level of Latino inclusion in mainstream English-language media remains stunningly low and is not significantly improving.”

I recently started watching One Day at a Time after being introduced to it in my ethnic studies class. And wow. The amount of representation and heart this show has makes me wish I kept up w it and never cancelled. We need this show especially in this political climate #saveodaat

While Latinos are the fastest-growing population group in the US — making up 17 percent of the country — in recent years, the role of Latinos in top movies and TV shows has stagnated or declined, the report says. And the way Latinx characters appear onscreen is also limited.

News coverage of Latinos is dominated by crime and similar topics, the report notes, and “on television and movies, Latinos continue to be represented primarily as criminals, law enforcers, and cheap labor.”

Arlene Dávila, director of The Latinx Project at New York University, says another part of the problem is the lack of Latinx creators.

“Basically, the approach has been ‘let's just import telenovelas and let's import Latin American content,’ which is oftentimes cheaper to produce. There's a big difference between Latinx and Latin American productions.”

“Basically, the approach has been ‘let's just import telenovelas and let's import Latin American content,’ which is oftentimes cheaper to produce,” Dávila said. But, she added, “There's a big difference between Latinx and Latin American productions.”

Related: Yalitza Aparicio: 'I grew up always proud of who I am'

“They don't have the sensitivity that 'One Day at a Time' had in representing concerns around colorism or on the issues that Latinx populations in the context of the United States have to face,” she said.

Zuñiga started watching the show after her father told her it was a hilarious reflection of their own family. “I think what's so successful about it is the levels of comedy and the Spanglish that's used that is so identifiable within our community. And Rita Moreno is a star. Like, how can you not laugh with Rita Moreno?”

Netflix: ODAAT is not coming back for another season

According to Netflix, “simply not enough people watched to justify another season.” But those numbers have not been released, and Netflix is based on a subscription — not viewership — business model. Critics have pointed to Netflix’s decision to renew other shows.

Netflix discontinued ODAAT, a Latino based show that was firstly amazing but teached people about lgbtq acceptance, women’s rights,reaching dreams, voting, being a single mom and making it through and so much more but yet they kept a show about a kid killing them self #SaveOdaat

Nearly 100,000 people have signed a Change.org petition to renew for season four in the two weeks since the show was axed, and showrunner Calderón Kellett is looking to networks to pick up the series.

Dávila says she is happy to see the activism surrounding the cancellation of the show, and it gives her hope for her own students, the future of Latinx creators and for representation writ large.

“You know, we are in the moment when Latinx peoples are so invisible and they’re so pathologized and marginalized. To have a show that really represents a family — a regular family — and that addresses issues,” is important, Dávila said. “It's not Latinx family; it’s an American family that all types of audiences could identify as a, ‘Yes, that's me. That's an American family.’ We need to see representations like that.”

One Day at a Time is the best show of the decade, everybody knows this! pic.twitter.com/IrHoSAGfZj