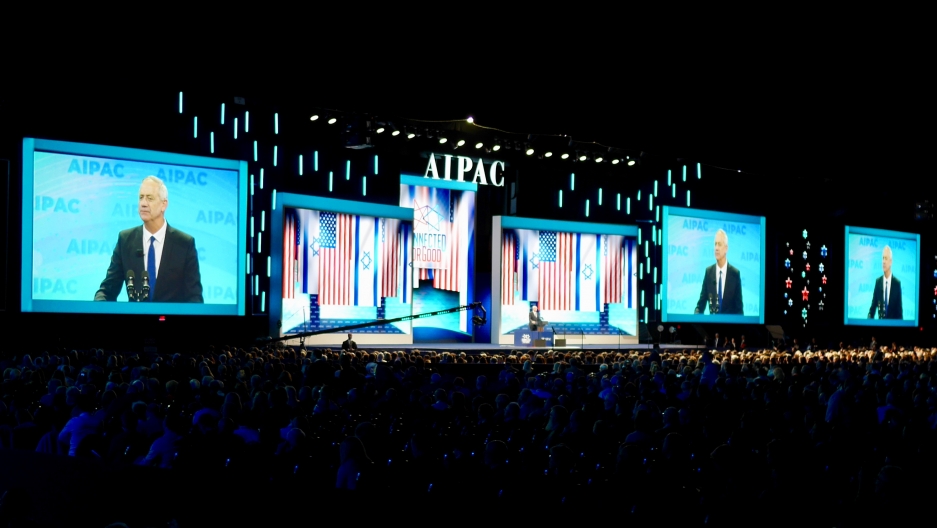 Benny Gantz, the head of the Blue and White political party in Israel, speaks to the audience at the annual conference of the American Israel Public Affairs Committee in Washington, DC, on March 25, 2019.

Israeli leaders have been flying to the US to speak to American audiences for a long time.

The first was David Ben-Gurion. Israel’s first prime minister visited here in 1951. Diplomats from the US State Department, American Jewish organizations and the Washington-based Israeli diplomatic corps met Ben-Gurion at the airport.

“Our war of independence fought after 6 million of our people had been exterminated by the Nazis proved once again that the cause of justice faithfully pursued must triumph in the end,” the prime minister said upon arrival.

Politicians from Israel still come to America to tell the story of the Jewish State and seek support, especially from American Jews. And the American Israel Public Affairs Committee gives them a venue like none other. The group has been around for more than 50 years. Its stated goal is to strengthen the alliance between the US and Israel, and it’s widely seen as one of the most successful lobbying groups in the US capital.

AIPAC held its annual conference in Washington this week, with more than 18,000 people attending, according to organizers. Meanwhile, Israelis were getting ready to vote in a hotly contested national election.

Prime Minister Benjamin Netanyahu might be in the fight of his political life. His main rival is the former army chief, Benny Gantz, who told the AIPAC audience on Monday that Netanyahu was right to cut short his Washington visit — along with his planned speech at AIPAC — and fly back to Israel, given renewed hostility with Hamas in the Gaza Strip. 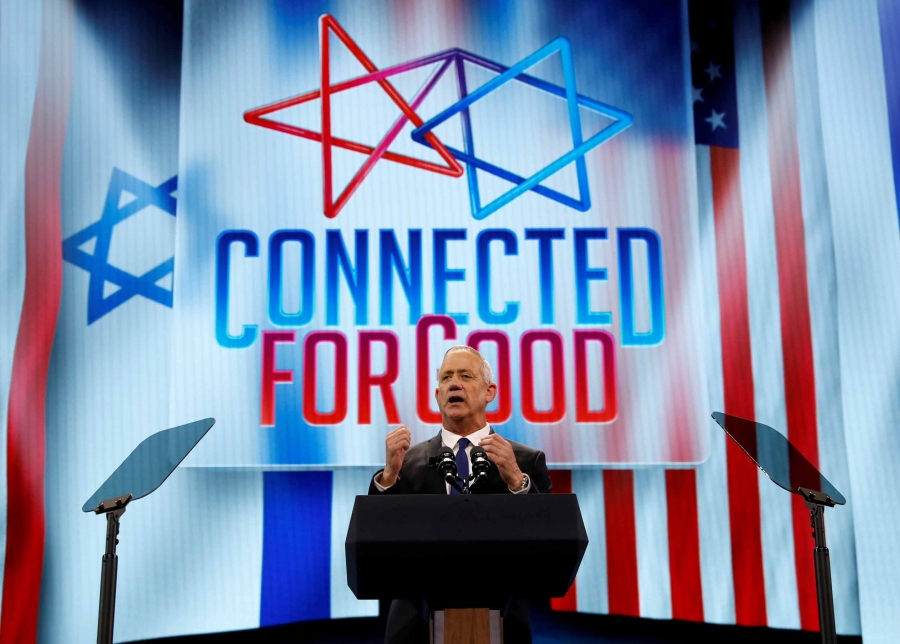 “Our thoughts and prayers go out to the families whose home were attacked by rockets this morning in Israel,” Gantz told the audience.

Gantz holds many of the same hawkish views as Netanyahu, but he tries to distinguish himself from the current prime minister in a couple of ways.

He was referring to corruption charges facing Netanyahu back home, and to the prime minister’s decision to cut a deal with a fringe, right-wing party that AIPAC itself described as “racist and reprehensible.”

In some ways, Gantz’s speech at AIPAC was a critical part of his election campaign.

Reuven Hazan is a political scientist from Hebrew University in Jerusalem. He flew to Washington to take part in the AIPAC conference.

“[Gantz] was an unknown quantity here," Hazan said. "Everybody knew his name because they’d read about him, but they’d never seen him perform. And I think he came here, and he met everyone’s expectations."

Most importantly for Gantz’s campaign, Hazan says the speech will also play well with Israeli voters back home.

“The fact that he was accepted well here calms a lot of center-left voters that if we vote for this guy, he’s not a rookie on the international stage,” Hazan said. “We have to admit that even if you dislike Netanyahu and dislike his policies, when it comes to handling Israeli politics on the world stage, there’s nobody like him.”

Many Israelis do, in fact, dislike Netanyahu and his policies. Stav Shaffir is one of them. And that is a big part of her message to the Americans she speaks with at the AIPAC conference.

That message certainly goes over well with many Jewish voters in this country who still vote for Democrats overwhelmingly. Shaffir is a member of the Labor Party and serves on the Knesset, Israel's legislative body. She says the story of a strong US-Israel connection has been a more difficult sell to the American public these days.

“This connection has been under threat, especially when I look at young people here, and I hear what’s happening at universities and how Israel’s image is being damaged and changed,” Shaffir said. “People no longer perceive Israel as a bipartisan issue, and they no longer perceive Israel as an ally to their values. That should be fixed. And very quickly. Because Israel and America have always been the closest allies and should always be.”

That anxiety about the rocky state of Israel’s relationship with the US, especially with the American Jewish community, is shared by many Israeli voters, says Michael Koplow of the Israel Policy Forum.

This is where Netanyahu has a very big card to play. His political opponent Gantz has been polling well, and his AIPAC speech will be applauded in Israel. But Koplow says Netanyahu is putting his close relationship with President Donald Trump on full display here in Washington for a very good reason.

"This Trump-Netanyahu connection, which in the United States and particularly among American Jews, and among Democrats, in some ways seems to be a liability for Netanyahu because of this Trump effect. In Israel, it actually plays the opposite."

“This Trump-Netanyahu connection, which in the United States and particularly among American Jews, and among Democrats, in some ways seems to be a liability for Netanyahu because of this Trump effect," Koplow says.  "In Israel, it actually plays the opposite. It is a positive boost for him because of the Trump effect in Israel.” 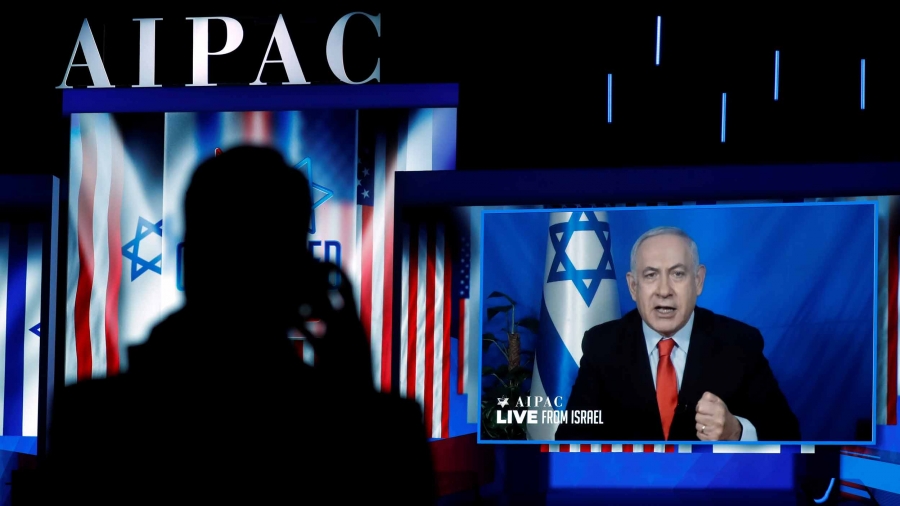 Netanyahu ended up addressing the AIPAC conference from Israel on Tuesday via satellite video link. But his most crucial appearance came before he left Washington on Monday. It was at the White House with President Donald Trump, who signed a presidential declaration officially recognizing Israeli sovereignty over the Golan Heights.

“Mr. President, over the years, Israel has been blessed to have many friends who sat in the Oval Office. But Israel has never had a better friend than you.”

On Tuesday morning, Netanyahu tweeted a short video from his White House appearance produced by the White House. He added a voiceover in Hebrew to the video, and his campaign slogan at the end, “Netanyahu. Right wing. Strong.”