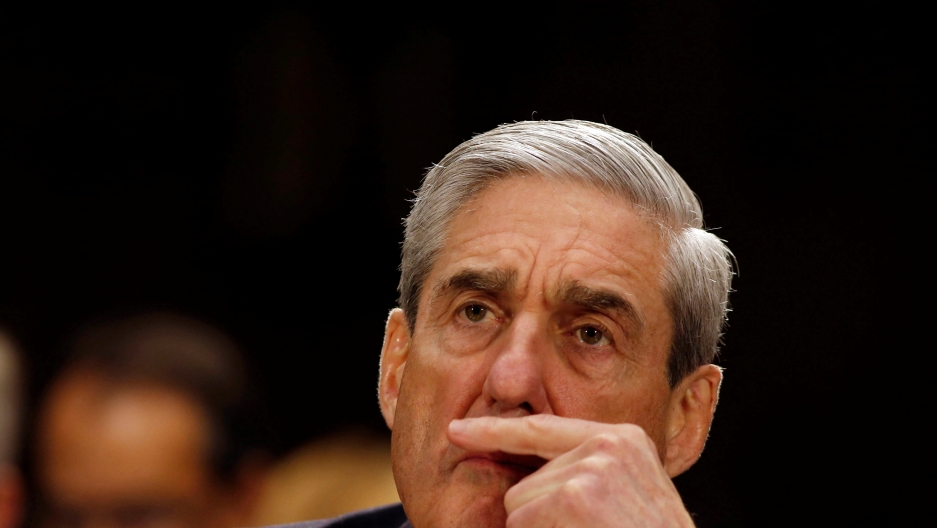 Robert Mueller, as FBI director, listens during a US Senate Judiciary Committee oversight hearing about the Federal Bureau of Investigation on Capitol Hill in Washington, June 19, 2013.

Almost from the day of Robert Mueller’s appointment as special counsel, the media and the public have expected that his investigation will end with a report to either the Congress or the public or both.

I’m a law school professor who teaches a course on the independent counsel, the predecessor of the special counsel.

For eight years, I was the general counsel for the US House of Representatives, the chief legal officer responsible for representing the House, its members, officers and employees in connection with legal procedures and challenges to the conduct of their official activities.

I believe that the public’s expectation that they will see a report from the Mueller investigation is unrealistic. That expectation appears to be based on a misunderstanding of the legal principles involved in making any such report available to anyone outside of the Department of Justice.

Related: Mueller report is in — but US attorney general decides how much will be public

The previous law creating special counsels — which has now lapsed — directed the special counsel to report to the House of Representatives “substantial and credible information” of impeachable conduct.

The current regulation, adopted during the Clinton administration, provides no such direction.

It says only that “[a]t the conclusion of the Special Counsel’s work, he or she shall provide the Attorney General with a confidential report,” explaining the decision to either prosecute or not.

The goal of those drafting the regulation was to restore more control to the department over the special counsel after what was seen as the excesses of previous independent counsels in the Iran Contra and Clinton cases.

Those excesses included overly broad and lengthy investigations such as the HUD Independent Counsel, which took eight years to complete; expensive investigations, including US$52 million estimated in one case; and oppressive prosecutorial tactics, like subpoenaing Monica Lewinsky’s mother to the grand jury.

“The special counsel regulations were drafted at a unique historical moment,” wrote Katyal in the Washington Post.

“Presidents of both parties had suffered through scandals and prosecutions under the Independent Counsel Act…There was a chance to rethink things without either party fearing that it would give its political adversaries an advantage.”

There are exceptions. Grand jury materials, for example, such as testimony and documents can be revealed in connection with a judicial proceeding at the request of the government, for state or Indian tribal law enforcement purposes, attorney disbarment proceedings or in connection with a violation of military criminal law.

But they can’t be revealed to Congress or the public unless under these exceptions.

The Department of Justice has vigorously opposed, in court, efforts by Congress to obtain such materials. In connection with the congressional investigation of the E.F. Hutton mail and wire fraud case in the 1980s, a congressional committee subpoenaed records that had been reviewed by the grand jury and the Department of Justice filed an action to prevent disclosure.

Grand jury records and prosecutors’ decisions about individual cases are shielded from public view to protect those who may have been investigated but not charged.

The press conference about the investigation into Hillary Clinton’s emails held by former FBI Director James Comey in July 2016 was widely criticized by former Department of Justice officials and prosecutors of both parties for deviating from this policy.

Comey acknowledged he was departing from normal procedure.

“This will be an unusual statement in at least a couple ways. First, I am going to include more detail about our process than I ordinarily would,” said Comey.

Some critics have linked Hillary Clinton’s election defeat to the statements by Comey that Clinton was “extremely careless,” even though he determined she did not commit offenses for which she should be prosecuted.

Rod Rosenstein, the deputy attorney general, explained the policy best. Comey “laid out his version of the facts for the news media as if it were a closing argument, but without a trial. It is a textbook case example of what prosecutors … are taught not to do.”

Given all these limitations, in the words of NYU professor and legal ethicist Stephen Gillers, the prosecutor has two choices: “Indict or shut up.”

Related: There are at least 17 Trump investigations and they're 'bigger and broader' than most realize

Finally, there is the Watergate precedent.

The grand jury investigating Watergate prepared a sealed report, with assistance from special counsel Leon Jaworski, and requested permission from the court to release it to the House Judiciary Committee.

The committee had requested such a report as necessary for its impeachment inquiry into crimes Nixon was alleged to have committed related to the Watergate burglary.

The court determined that Rule 6(e) permitted transmission to the House, despite its restrictions on disclosure and no unambiguous exception for disclosure to Congress.

Nixon did not challenge the decision. The public did not, however, see it for decades. It remained sealed until 2018 when a judge released most of it in response to a lawsuit.

The release of the Watergate grand jury’s report happened under a very narrow and specific set of circumstances related to a House committee’s impeachment investigation. It remains a serious legal question whether a release to Congress of the Mueller grand jury’s deliberations would be barred by the law.

No such House proceeding is yet underway to determine whether the president should be impeached. And there are a lot of “ifs” that would apply were such a committee to request access to any Mueller grand jury report: Even if impeachment of Trump were to be considered by the House, if the committee requested grand jury records, if the grand jury wanted to provide the House with testimony and if a judge allowed it, it is unlikely that Trump would respond as Nixon did and fail to appeal the decision.

Of course, Congress could attempt to subpoena the report. That would undoubtedly produce prolonged litigation.

None of this is to say that the “Mueller report” will not ultimately see the light of day.

Rather, there are significant legal and procedural hurdles to overcome in making it public and no clear precedent which can be relied on to predict such an outcome.

Stanley M. Brand is a distinguished fellow in law and government at the Pennsylvania State University.