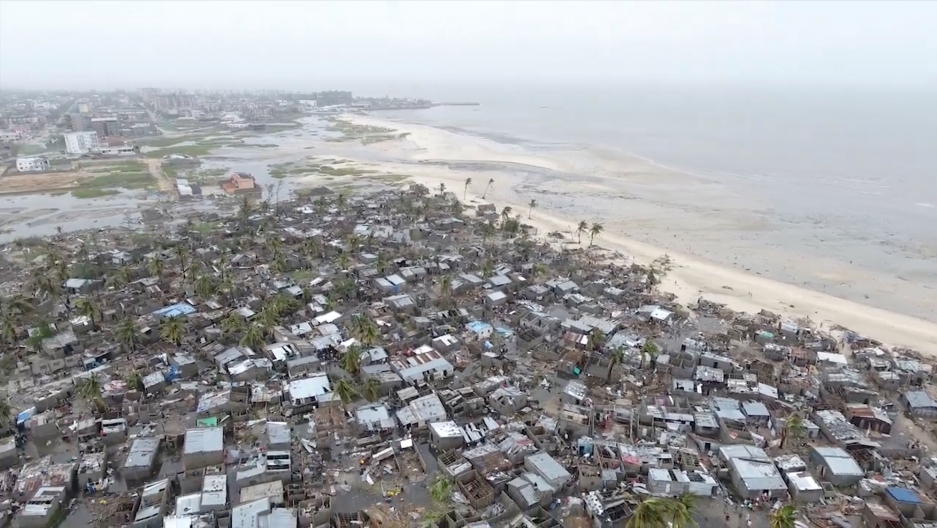 Drone footage shows destruction after Cyclone Idai in the settlement of Praia Nova, which sits on the edge of Beira, Mozambique.

Eighty-four deaths have been confirmed so far in Mozambique as a result of Cyclone Idai, which has also left a trail of death and destruction across Zimbabwe and Malawi, with vast areas of land flooded, roads destroyed and communication wiped out.

But, the number of people killed in the powerful storm and preceding floods in Mozambique could exceed 1,000, the president said on Monday.

Speaking on Radio Mocambique, President Filipe Nyusi said he had flown over the affected region, where two rivers had overflowed. Villages had disappeared, he said, and bodies were floating in the water.

"Everything indicates that we can register more than 1,000 deaths," he said.

The cyclone has also killed 98 people and more than 200 are missing in Zimbabwe, the government said on Monday, while the death toll in Malawi from heavy rains and flooding stood at 56 as of last week. No new numbers had been released following the cyclone's arrival in the country.

Caroline Haga, a senior International Federation of the Red Cross official who is in Beira, said the situation could be far worse in the surrounding areas, which remained completely cut off by road and where houses were not as sturdy.

Nyusi flew over areas that were otherwise accessible, and some of which had been hit by flooding before Cyclone Idai. 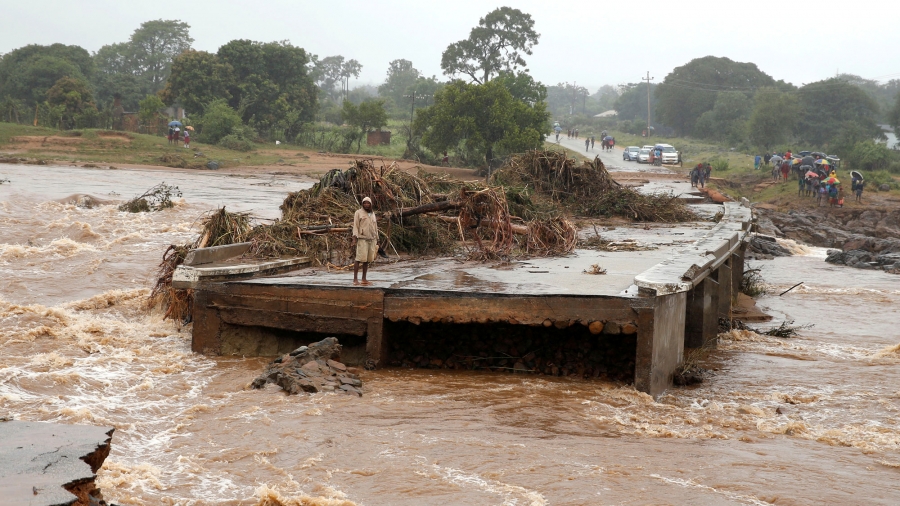 A man looks at a washed away bridge along Umvumvu river in Chimanimani, Zimbabwe.

Large swathes of land were completely submerged, and in some streets people waded through knee-high water around piles of mangled metal and other debris.

In the early hours of Monday morning, rescuers launched dinghies onto chest-high waters, navigating through reeds and trees — where some people perched on branches to escape the water — to rescue those trapped by the flooding.

Meanwhile, rescuers were struggling to reach people in Zimbabwe's Chimanimani district, cut off from the rest of the country by torrential rains and winds of up to 105 mph that swept away roads, homes and bridges and knocked out power and communication lines.

Zimbabwe's treasury has released $18 million to rebuild roads and bridges, provide water and sanitation and electricity. Families began burying the dead but the death toll is expected to rise.

Many people had been sleeping in the mountains since Friday, after their homes were flattened by rock falls and mudslides or washed away by torrential rains.

The Harare government has declared a state of disaster in areas affected by the storm. Zimbabwe, a country of 15 million people, was already suffering a severe drought that has wilted crops.

Beira, which sits at the mouth of the Pungwe River, is also home to Mozambique's second-largest port, serving as gateway for imports to landlocked countries in southeast Africa.

The director of a company that jointly manages the port — Cornelder, based in the Netherlands — said the port had been closed since last Wednesday but would hopefully resume operations on Tuesday.

Two cranes would be working and the company had two large generators and enough fuel for now, though damage to access routes and roads further inland was more likely to cause a problem, said the director, who asked not to be named.

The fuel pipeline running from Beira to Zimbabwe was believed to be intact, the person said, though communication was still very patchy and therefore the situation at the port remained uncertain.

In February 2000, Cyclone Eline hit Mozambique when it was already devastated by its worst floods in three decades. It killed 350 people and made 650,000 homeless across southern Africa, also hitting Zimbabwe.

Additional reporting by MacDonald Dzirutwe in Zimbabwe and Emma Rumney in Johannesburg; Editing by Angus MacSwan.