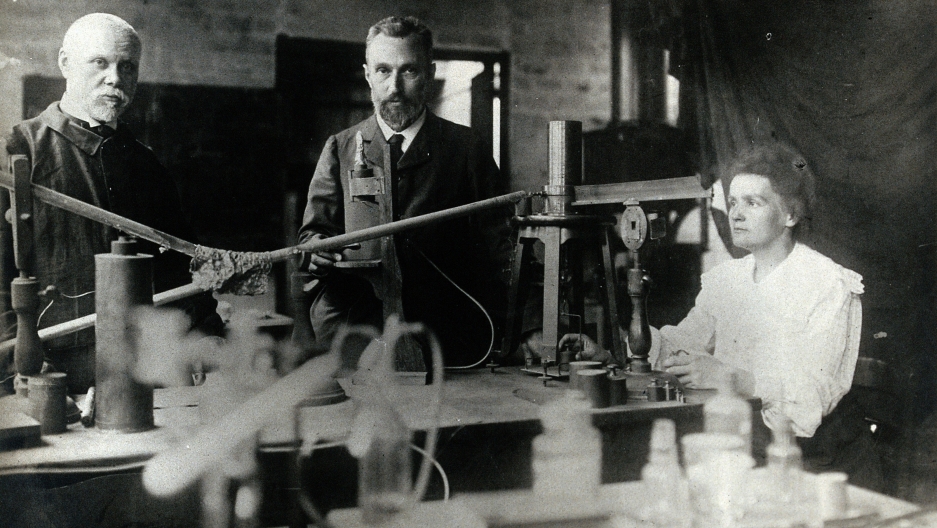 Marie and Pierre Curie (centre) with a man, using equipment in their laboratory

When Melissa Schilling was growing up, she was an awkward kid who “worried a lot about being accepted and being popular,” she said. “The fact that I didn’t have a lot of friends, I felt, meant that I wasn’t a successful person.” Schilling, now a professor of management and organizations at New York University’s Stern School of Business, saw her childhood concerns in a whole new light when she began researching the lives of some of the world’s most famous innovators in the fields of science and technology.

While Schilling viewed the incredible accomplishments of the likes of Albert Einstein, Marie Curie, Steve Jobs, Elon Musk, Dean Kamen and others with awe and wonder, there was also something liberating about their unconventional and often isolated lives.

It was, “the idea that you don’t have to be super social to be a very successful person and that you should really just embrace who you are and enjoy being that person,” she said.

Schilling explores the ingenuity of eight remarkable innovators— the others are Benjamin Franklin, Nikola Tesla and Thomas Edison — in her book, “Quirky: The Remarkable Story of the Traits, Foibles, and Genius of Breakthrough Innovators Who Changed the World.”

The book grew out of a multiple case study research project in which Schilling chose most of the people she would write about by doing an automatic scrape of lists of famous inventors and scientists who had already been widely recognized for multiple innovations. There was just one snag.

There were no minorities and “tragically there was only one woman — Marie Curie,” Schilling explained, “which initially made [her] go out digging and searching for more women,” until she realized that endeavor meant “she wasn’t being a scientist anymore,” and so she decided to return to her original selection.

Curie, the first woman to be awarded a Nobel Prize and the first person to win two Nobel Prizes in different categories — one for physics and one for chemistry — is perhaps the greatest outlier on Schilling’s list.

“She was a woman in science when other women weren’t women in science and you might assume that that meant she was hailed and praised as being this remarkable thing,” said Schilling, but it was exactly the opposite. “She was actually spurned and criticized and ridiculed for being somewhere where she didn’t belong,” she added.

Curie’s life was also defined by what she gave up. Her two daughters suffered from the socially isolated life their mother chose and the “scant time and even less overt affection,” she afforded them, relying heavily on her father-in-law to raise them, according to Schilling.

“He didn’t even put a license plate on his car and a lot of times he didn’t wear shoes or wear deodorant or shower. Those rules were for other people,” explained Schilling.

Related: Nikola Tesla changed the world — so why did we forget him?

But there were plenty of positive traits she discovered among her quirky innovators, including passionate idealism, a commitment to a higher cause than themselves, and an incredible belief in their own ability to overcome trials and challenges on the path to success.

Few of us are likely to become the next Albert Einstein or Elon Musk, but Schilling believes that much can be achieved by parents and teachers, and in the workplace, to “nurture the innovation potential that lies within us all” and to build self-efficacy.

Look out world, here I come? Well, maybe not quite so fast. It takes a “weird tolerant” world to truly appreciate breakthrough innovators, according to Schilling, but her work might just inspire you to embrace your inner weirdness, and who knows where that might take you.

The original version of this story appeared on the Innovation Hub blog.