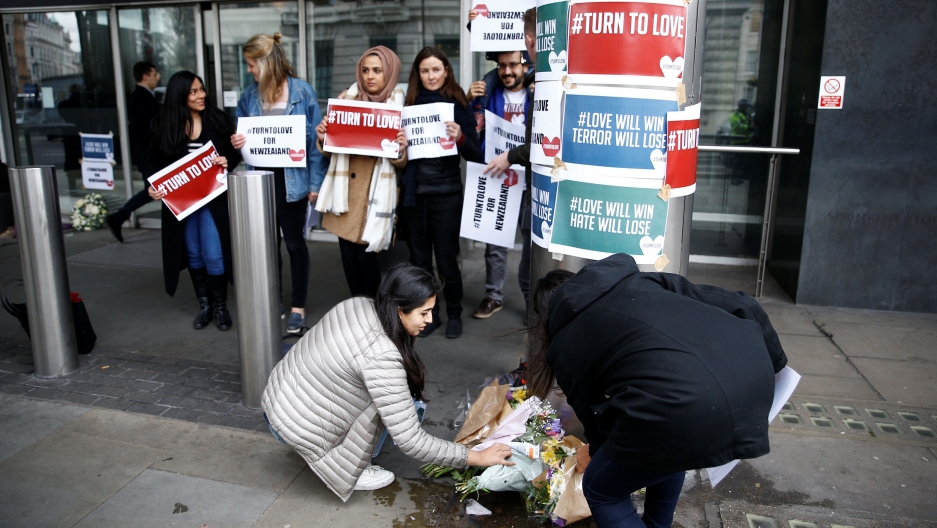 A gunman who killed 49 people at two New Zealand mosques live-streamed the attacks on Facebook for 17 minutes using an app designed for extreme sports enthusiasts, with copies still being shared on social media hours later.

Facebook, Twitter and YouTube all said they had taken steps to remove copies of the videos. Facebook said it had deleted the gunman's accounts "shortly after the livestream commenced" after being alerted by police.

The World's Marco Werman spoke to Zeynep Tufekci, who studies the intersection of technology and society and the University of North Carolina-Chapel Hill. Tufekci says people should not watch the video because it is what the suspect probably wanted.

Marco Werman: We want to know what happened and answer the question, why would anyone go into a house of worship — mosques in this case — and kill innocent people? Do we watch the video? Should we repost it? Same goes for the so-called manifesto. Does reading it tell us anything useful? And then what? Did you watch the video and if so, why?

I did not watch the video. I understand why, of course, police investigators and detectives are going to watch the video. But for the ordinary public, there's not much information to be gained from watching the video. That video was made and indeed live streamed exactly so it would gather publicity and terrorize us. So it's like a snuff film. It was made to make us watch it. The murder was an instrument for this act of terrible publicity by mass murder. So I don't want to participate in that. I know the tragedy happened. I know almost 50 people have been killed. I don't need to see it to appreciate the human tragedy.

This killer had a well-developed media strategy. Don't plaster his words, manifesto, face out there. He's using media gullibility as a form of SEO for murderous hate—it's on mass media and tech platforms, first, and ordinary people, also, to realize what's happening and say no.

The very intentional way this attack was executed, with a camera streaming live on Facebook — I want to choose my words carefully here — but are you saying it's like the perpetrator had thought about this like the producer of a spectacle? Was that the point in this case?

It's very clear to me that the killer thought about it, very much so. And, in fact, the video was clearly pre-planned and it's not the first time we've seen this motive act. It's almost like infamy by mass murder and publicity by mass murder. They know that the previous killers have had their faces splattered all over the news, that the videos of victims running away in terror have been played on an endless loop and in fact, from an FBI investigation, we know that many of these mass murderers carefully follow, like they collect clippings and they watch how the media covers it. And they also obsess over the numbers — they want to one-up the last murders' number almost like a video game to make sure that they get this kind of publicity.

"... it's very disrespectful to the victims to just sort of watch their agony and terror like that and we don't really gain anything from it."

So withhold the participation but say someone, a private citizen, is sitting at their computer in Anytown, USA. Aside from a psychic toll it takes on the viewer, what is the harm of watching a video like this? What does your research suggest?

Well, one of the things is every click, every watch helps inspire the next one. We know that the copycat phenomenon is real. The future killer is watching how this gets covered. The future killer is watching to see what it takes to get their videos and their faces on our screens, whether be it our phone screens or TV screens. So that's one big problem. The second thing, is it's very disrespectful to the victims to just sort of watch their agony and terror like that and we don't really gain anything from it.

The manifesto, too. It's actually a document full of search terms that clearly he thought about and hopes will lead people towards similar extremist hateful ideologies. So he's hoping to publicize what are basically search terms — it's almost like a commercial search engine optimization. You want to advertise a soda and you try to get a search term out there. That's what they're doing but they're doing it by mass murder. And I feel like if we make it pretty clear as a society, as the world that this strategy is not working, that's one step — it's not the only step — but it's one step by which we can try to prevent the next one from being inspired to follow in the footsteps.