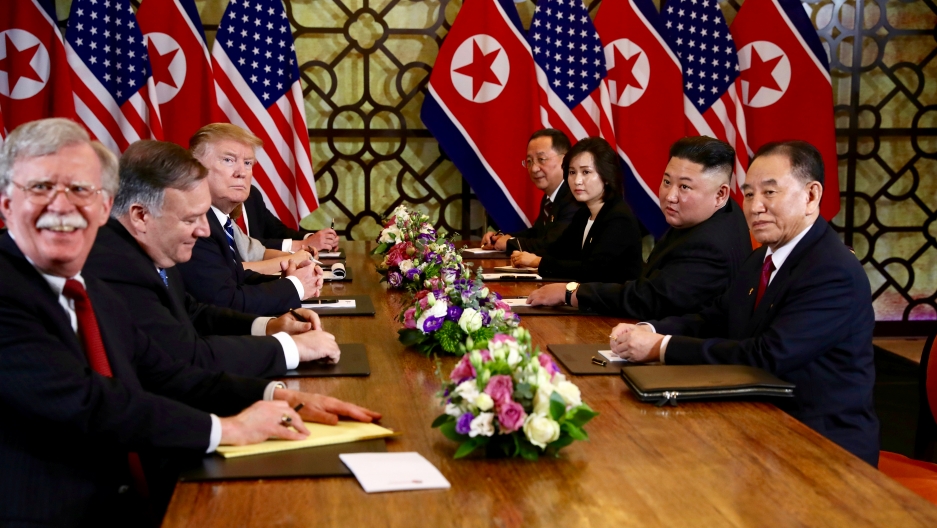 Whatever you might think of President Donald Trump’s approach to foreign policy, he has done one thing previous presidents have not: He has personally engaged in the conduct of American diplomacy at the highest level.

“The relationship is very strong,” Trump said last month during a meeting with North Korean leader Kim Jong-un. It was the president’s second summit with Kim, who referred to their face-to-face discussion as a “wonderful dialogue.”

“When you have a good relationship, a lot of good things happen,” Trump said.

But good things are not happening, says Daniel Drezner, professor of international politics at the Fletcher School of Law and Diplomacy. Drezner says Trump’s overall track record as the helmsman of American diplomacy is dismal.

“I really don’t think there’s an objective way you can describe this as anything other than an unmitigated disaster,” Drezner says.

If you consider the renegotiation of NAFTA, the US-Korea treaty on free trade, the trade war with China, Drezner says the Trump administration has scored some token concessions, at best.

"I really don’t think there’s an objective way you can describe this as anything other than an unmitigated disaster."

NATO allies have been spending more on defense, but Drezner points out that trend began before Trump took office.

When Mike Pompeo took up his position as Secretary of State in 2018, he said he would help American diplomacy get its “swagger” back. Drezner says it’s hard to see how that can happen when the administration wants to slash nearly one-quarter of State Department spending.

Even if Congress goes against the administration’s request for deep funding cuts at State, Drezner says, the proposal still sends a strong signal that diplomacy is not a top priority for President Trump.

Drezner says no president, no matter how industrious, can handle all the heavy lifting that comes with conducting US foreign policy alone.

Most of the proposed funding cuts at the State Department are in two areas: international development and foreign aid. Those are important priorities, says Matthew Kroenig, a security and strategy expert at the Atlantic Council think tank in Washington, DC.

But there is a more important one, he says.

“If you have to choose, I think the military aspect of the competition is really heating up now with the return of great power competition from Russia and China,” Kroenig says. “There is a bipartisan consensus that we need to spend more on defense, have a more serious defense strategy for Russia and China, including developing new technologies, artificial intelligence, next-generation missile defenses. These are things that are going to receive adequate funding in the new budget.”

“Trump has really reset relations with Israel, the Gulf States, and Trump has taken a harder line on Iran. In Asia, making North Korea a priority, something the South Koreans and the Japanese are pleased with. Europe has been where the relations have been more complicated,” Kroenig says. “So, not perfect. But probably better than they’re getting credit for."

Kroenig also teaches at Georgetown’s School of Foreign Service. For his students who might look at the Trump administration and worry about starting a career as an American diplomat, he tells them it’s the country they serve, not the president.

“If you’re committed to advancing US diplomacy and serving the country, it’s a wonderful calling and you shouldn’t let the politics of the moment influence lifelong career decisions,” he says.