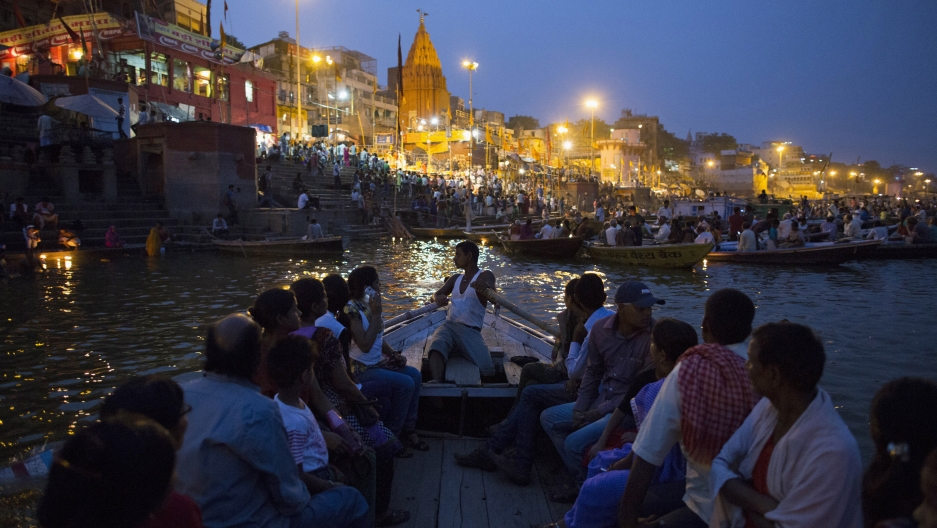 Hindu devotees travel past holy ghats on the banks of the river Ganges in Benares, also known as Varanasi, in the northern Indian state of Uttar Pradesh, India.

Author Aatish Taseer was born in the UK, the son of prominent Indian journalist Tavleen Singh and Pakistani politician, Salmaan Taseer. For his new book, "The Twice Born: Life and Death on the Ganges," Taseer traveled to Benares, the spiritual home of Hinduism for an up-close look at what the caste system means in India today.

Caste — the social and religious hierarchy of Hinduism — can have profound impacts on the trajectory of a person's life and governs any number of social interactions. It remains resilient in modern India, and Taseer considers its link to the rise of the Hindu nationalism. He talked with The World's Marco Werman about his encounters with upper-caste Brahmin scholars, and described several of the most revealing moments from his trip to Hinduism's holiest city.

Marco Werman: Aatish Taseer, you traveled to the Indian city of Benares. That's the spiritual capital of Hinduism and home of twice born Brahmins, a priestly caste devoted to sacred learning. Tell me about what happened one evening when your lower-caste driver shared a meal with you and your Brahmin hosts.

Aatish Taseer: A kind of tension starts to settle over this meal. We're in a Brahmin village and I am not of a Brahmin background. I have a Muslim father, but I, in a funny way, am exempt from the rules of caste. It doesn't apply to me, but obviously my driver, who is of this lower-caste background is not exempt from the rules of caste. He comes and sits down and he's chatting and he's sort of enjoying the meal and this tremendous tension, terrific tension, kind of descends over the meal. And I can't figure out what's going on, but a kind of silence takes over and finally this young Brahmin boy leans in and says to me, "You know, we've made this amazing exception to allow your friend to eat with us. But," he said, "Now, there's something we absolutely cannot do. We cannot wash his plate." It's such a small thing to ask someone to wash their own plate, but it doesn't apply to any of [the rest] us. What they're really saying is that this [driver] is spiritually unclean and that his saliva is a form of contamination. Only he is to be singled out to do this thing and we stay exactly where we are, and this one man is to step out and to wash his own plate because it would pollute the entire village if one of the Brahmins was to do it.

There is a phrase you bring up in your book called "caste pollution," which I wasn't even aware of.

Right, well pollution is actually at the center of the enterprise. I mean pollution is everything because the idea of caste is based on the idea of spiritual purity, the purity of the soul of the ages. Pollution is very real and suddenly this idea of someone's spiritual cleanliness becomes very tangible and very real. [In this dinner] I am paralyzed because I don't have the strength to say, "You know, these rules are horrible and I'll wash his plate." It was suddenly one of those moments where a sort of horror creeps in that you've been going along with this thing for a while, and suddenly its implication becomes kind of glaring and unavoidable and it chilled me. 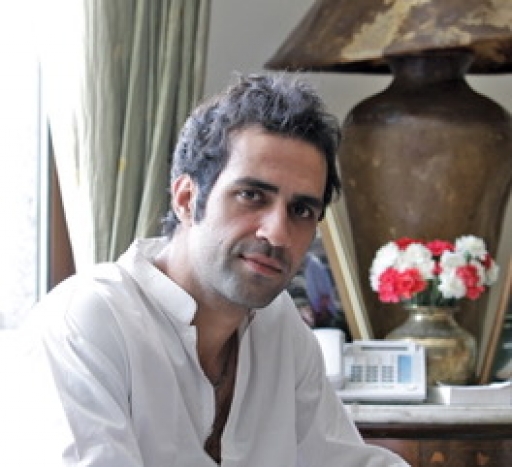 You conclude that democracy and modernity should be the natural enemy of caste, but it's really not that simple as that?

No, it's not. It's one of those things that — like race in America or like class in Britain — is one of those deepest layers of identity, which finds ways to renew itself in age after age. It's not like how it was 100 years ago, certainly not how it was 300 and 400 years ago. But it's persistence, it's tenacity, is really the unfolding story, and it finds ways to inhabit new situations, to live again, so to speak.

And with a national election very likely later this spring with Prime Minister Narendra Modi going for another term in office, how does caste fit in with the Hindu nationalist movement in India?

Well, that's very interesting. A lot of these instances when we're talking about a kind of anti-Muslim hatred, many of those people who happen to be Muslim happen also to be low caste. So there, a kind of double prejudice kicks in. One of the things that's happened in India is that Modi, in exciting an anti-Muslim feeling, has also unleashed an anger against the lower castes and there's been a lot of caste violence. Now, while Modi could lose the Muslims and still win, he can't lose the Muslims and the lower castes and still win, especially not in a major state like Uttar Pradesh, for instance. So similarly [to] the way in America that the kind of rhetoric that [President Donald] Trump unleashed then turned into a kind of anti-Jewish rhetoric that perhaps he had not envisioned would happen, something similar has happened in India. Caste lines in these last five years are bristling in a way that can be quite harmful for them or the government.

Related: Read the "Caste in America" series, produced in partnership with the Pulitzer Center and WGBH.