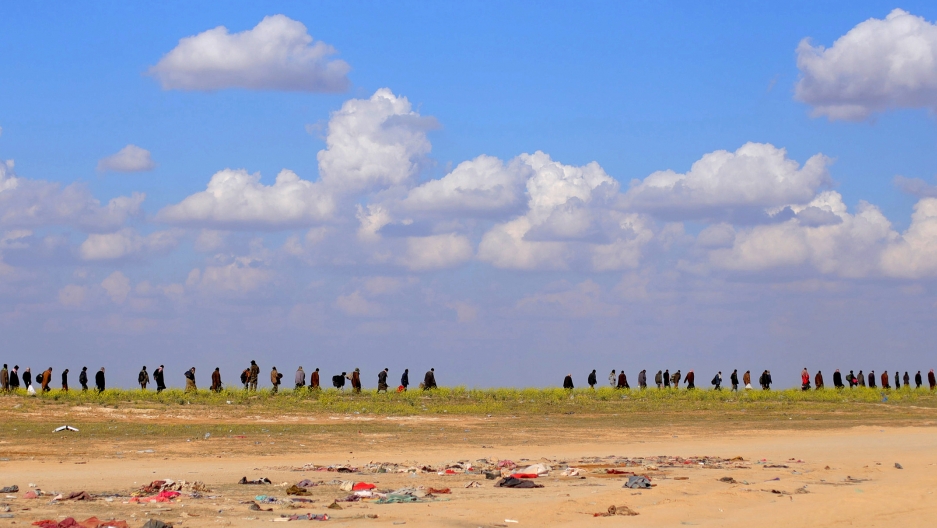 Thousands of people could still be left inside ISIS' last enclave in eastern Syria, the US-backed Syrian Democratic Forces said, as the waves of evacuations from the tiny area continued on Thursday.

The SDF has said it wants to ensure all civilians have been evacuated before launching a final assault on the besieged enclave of Baghouz. It is the last shred of populated territory held by ISIS, which once controlled swathes of Iraq and Syria.

"We expect a fierce battle later on after the end of the civilian evacuation, given that those that will remain in Baghouz are the ones brimming with Salafi jihadi ideology and the ones for whom surrender is not an option."

"We are still hearing about the presence of thousands inside Baghouz," SDF spokesman Mustafa Bali told al-Hadath television.

"We expect a fierce battle later on after the end of the civilian evacuation, given that those that will remain in Baghouz are the ones brimming with Salafi jihadi ideology and the ones for whom surrender is not an option," he said.

Even with its defeat at Baghouz looming large, ISIS is still widely assessed to represent a security threat, with a foothold in patches of remote territory and the ability to mount guerrilla attacks.

Many thousands of people, many of them the families of ISIS fighters, have poured out of Baghouz over the last several weeks. Hundreds of ISIS militants have also surrendered, the SDF says.

One of those men emerging from Baghouz, Abu Mujahid, told Reuters he came to Syria in 2015 from China's far western region of Xinjiang, also referred to as East Turkestan, which is home to a sizeable minority Muslim population.

"I came from China to here [Syria] because of unfairness. There is a lot of injustice in China and we cannot live with it."

"I came from China to here [Syria] because of unfairness. There is a lot of injustice in China and we cannot live with it," he said.

Another man, Abu Ali Shishani, said he had come from the Russian region of Chechnya.

The SDF announced it was launching a final battle for the enclave last month but has slowed its attack to allow civilians to leave.

SDF commander Adnan Afrin said on Thursday he hoped the evacuations would "be completed today." 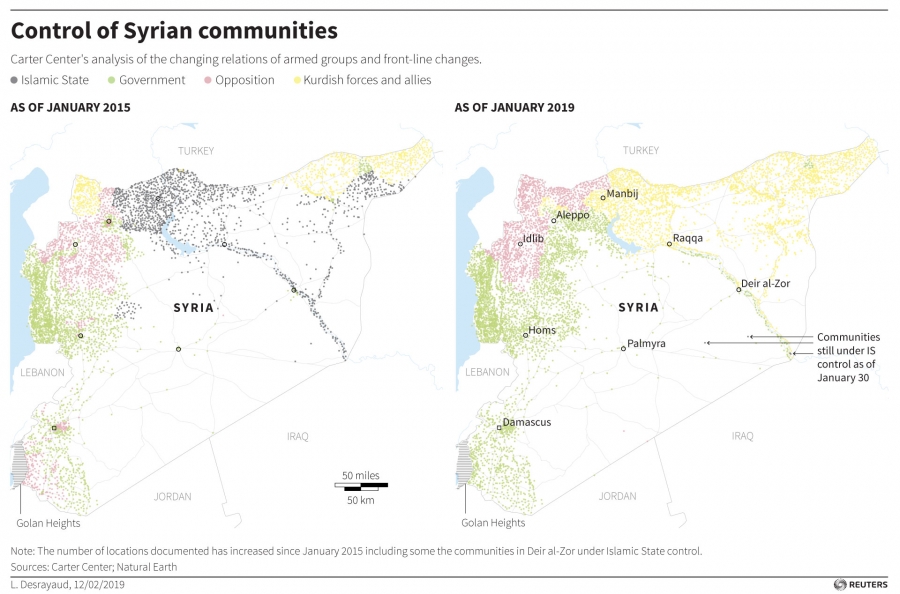 On Wednesday the Syrian Observatory for Human Rights that monitors the war said preparations were underway in eastern Syria to announce the end of ISIS there. But Colonel Sean Ryan, spokesman for the US-led coalition backing the SDF, said the international force had "learned not to put any timetables on the last battle."

ISIS suffered its major military defeats in 2017 when it was driven from the Iraqi city of Mosul and its Syrian headquarters at Raqqa by local forces supported by a US-led international coalition.

"What we are seeing now is not the surrender of ISIS as an organization."

The head of the US military's Central Command, General Joseph Votel, said on Thursday the reduction of ISIS' territorial footprint was a "monumental military accomplishment," but the fight was "far from over."

"What we are seeing now is not the surrender of ISIS as an organization," he told a hearing of the US House of Representatives Armed Services Committee.

Rather, he said, it was the group's "calculated decision to preserve the safety of their families and preservation of their capabilities by taking their chances in camps for internally displaced persons and going to ground in remote areas and waiting for the right time to resurge."

Votel, who oversees US forces in the Middle East, said he was under no pressure to withdraw forces from Syria by any specific date after President Donald Trump ordered the drawdown of most US troops from Syria.