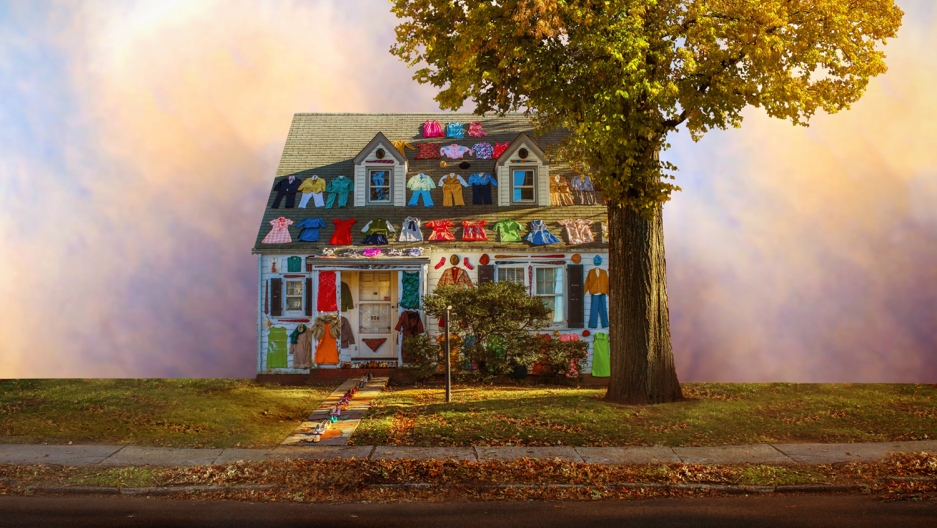 A scale model of the real house at 306 Hollywood Avenue, from the documentary “306 Hollywood.”

When dressmaker and housewife Annette Ontell died in 2011, her grandchildren Elan and Jonathan Bogarín inherited her longtime family home in suburban New Jersey., along with the tens of thousands of objects inside. Clothing, toothbrushes, tax returns, and hours of home video — the Bogarín siblings took all of this stuff and turned it into “306 Hollywood,” a magical realist documentary about loss, mortality and Grandma Ontell.

The Bogarín siblings approached their grandmother’s overstuffed home as if it were an archaeological excavation. “We basically made a fantasy film about the magical experiences you have going through someone's life and excavating 100 years in one junk-filled house,” Jonathan says. “And we use the language of visual art, of fiction film, of literature, of dance, of music, and we kind of mixed it into a documentary in a totally different way.”

“It's like, ‘Wait a minute, why can't that be considered part of how we see something that's true?’” Elan says. “Because that’s how it subjectively was felt. And we wanted to mix those together and then make it so the audience could then see their own lives and their own families in it, too.”

Their film is available now on iTunes and will be featured on PBS’ “POV” series on March 18.