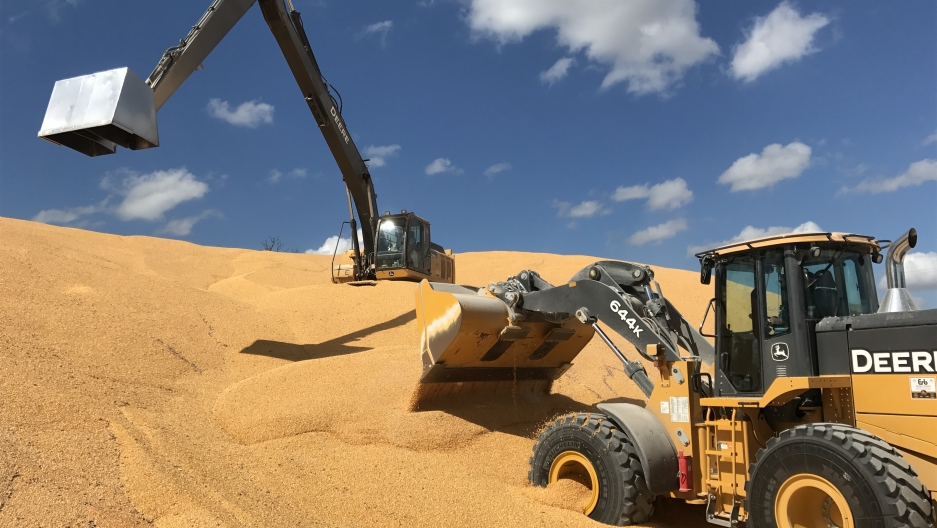 Illinois is the nation’s second-largest corn producer. President Donald Trump says negotiations with China will send “a lot” more corn there, but farmers want details. And, they want tariffs removed on other commodities, which have dramatically hurt agricultural exports to China.

It was hyped as another day of reckoning in the US-China trade war — March 1 was supposed to be the deadline for China to shape up. If not, the Trump administration would increase tariffs on more than 6,000 types of Chinese imports. But President Donald Trump is delaying that because he says “substantial progress” is being made.

It’s no secret: Trump has long thought very highly of his dealmaking skills. But maybe not this time, not with China.

Meaning, if Trump runs for president in 2020, he’ll have some explaining to do.

“And a Democratic candidate will be quoting candidate Trump in 2016 over and over again about how China, he actually said the words, they’re 'raping' our country.”

“Then on Sunday, he [Trump] said we have the best relationship we’ve ever had with China. It’s very difficult to see how things have changed in the last two years, or 2 1/2 years, to draw that conclusion, except that President Obama used to be the president and now President Trump is the president.”

Scissors, who focuses on the Chinese economy, just doesn’t see what the Trump administration has been able to get from the Chinese that other administrations haven’t. For example, one major sticking point in US-China relations has been the forced transfer of technology, where American companies hand over intellectual property in order to do business in China. Trump has said that’s coming to an end.

With issue after issue — such as China now saying Mastercard and Visa can operate in China — Scissors said the Chinese are making the same old promises “as they have many times in the past. We have no enforcement mechanism, as we have not had in the past, and none of those promises are going to come to fruition.”

But let’s say President Trump does turn out to be the master negotiator he says he is. Can he turn the ship around? For decades, US-China trade has worked this way: China builds it, the US buys it.

“It’s hard to imagine all of this being resolved right away,” said economist Kadee Russ at the University of California, Davis. “If you want to have the quickest results, then join TPP.”

The Trans-Pacific Partnership was the 12-nation trade agreement brokered by President Barack Obama.

Russ says it would’ve shifted trade away from China to other countries “that maybe we feel more close strategic alliances with.”

But President Trump withdrew from that 72 hours into his presidency and said the US would pursue bilateral trade agreements instead. Of course, Trump wasn’t the only one opposed to the TPP — labor unions and many Democrats worried that it could cost American jobs.

In the meantime, the other 11 nations moved forward with the TPP without the US, renaming it TPP11. Trump has said he’d consider rejoining if the trade deal were renegotiated, but allies like Japan have said it’s too late for revisions.

Back to China, Trump needs a deal. A few days ago, he said talks are going “very well” and highlighted China’s commitment to buy American corn.

“It [China] is going to be selling corn, but a lot of it — a lot more than anyone thought possible,” said Trump speaking in the White House Oval Office.

Welcome news in Illinois, the nation’s second-leading corn producer. But does the Illinois Farm Bureau have any details on Trump’s corn plan?

“We don’t. And it’s being treated as, ‘Well, it’s possible, but we’ll wait and see for it to actually happen,’” said senior economist Mike Doherty with the Illinois Farm Bureau.

Illinois is also the nation’s top soy producer, and China is its top export market. But this season’s export to China has been a bust. In retaliation for the Trump administration’s tariffs on Chinese goods, last summer China slapped tariffs on US soybeans, among other crops from the US.

“Of that crop, we’re about 40 percent under where we normally would be at in terms of those sales to China,” said Doherty, who also says more corn sales to China won’t offset the loss of its soybean market — Illinois doesn't sell much corn in China. 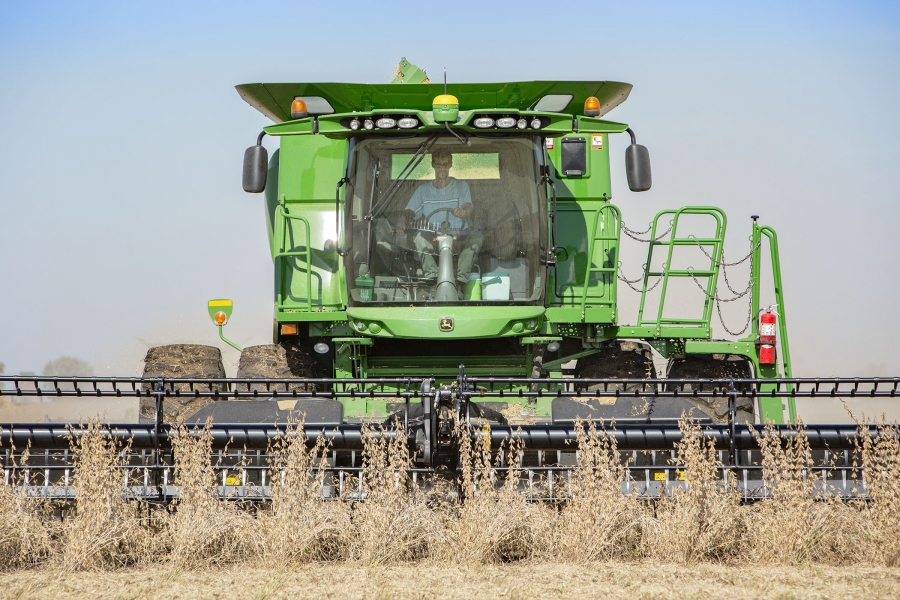 Illinois is the nation’s top soy producer and China is its top export market. But exports to China are down 40 percent from this year’s harvest.

Illinois needs to keep selling corn to its biggest customer: Mexico. But the trade agreement that has allowed that to happen — the North American Free Trade Agreement — is in doubt as the Trump administration has tried to renegotiate NAFTA and now sell the revisions to Congress.

Many farmers do like Trump’s overall economic policies — lower taxes, fewer regulations. Still, when it comes to trade, do Illinois farmers still believe in the president’s message?

“We’re not sure exactly what that message is,” said Doherty. “What are we talking about in terms of a long-term payoff? We were a No. 1, No. 2 supplier, out of the world, to the Chinese market for supplying their soybeans. If we could just get back to that, I think that most of the farmers here would be pretty happy.”