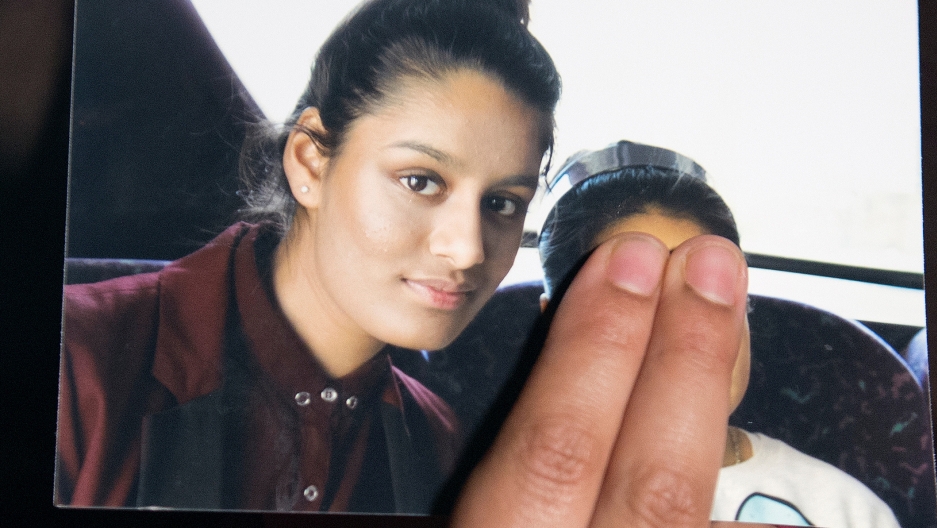 Renu Begum, sister of teenage British girl Shamima Begum, holds a photo of her sister as she makes an appeal for her to return home at Scotland Yard, in London, Britain, Feb. 22, 2015.

The United States and other countries around the world are dealing with the same question: Should their citizens who join foreign terrorist organizations and fight for them be allowed to return to their home country?

Many of the men and women who left their homes in the West to join ISIS or similar terrorist organizations in Syria and Iraq as fighters or supporters now want to come home.

Many of the men and women who left their homes in the West to join ISIS or similar terrorist organizations in Syria and Iraq as fighters or supporters now want to come home. Their desire to return has coincided with the defeats suffered by ISIS in the diminishing territory under its control.

The US government argues that countries should take back their foreign fighters and prosecute them rather than allow them to be free to act on the world stage.

But other countries are more concerned with the threat of returnees committing domestic terrorism. And, despite its arguments, the US has recently moved to keep at least one American-born ISIS member from returning.

Only about 250 to 300 Americans are said to have left the country to join ISIS in Syria and Iraq. The numbers who left Europe are much greater, 5,000 to 6,000, according to a 2018 report from the Program on Extremism at George Washington University.

The United States and its allies recently split over the Trump administration’s insistence that other governments bring home their citizens who joined the Islamic State.

Syrian rebel groups have detained hundreds of ISIS-affiliated Westerners, but have threatened to release over 3,000 them if the United States withdraws its forces from the region. The Free Syrian Army has already released at least one British foreign fighter, and his whereabouts are now unknown.

But American officials have undercut their position by declaring that Hoda Muthana, a young mother who left the United States to join ISIS, should not be permitted to return either, illustrating the inconsistency of the American approach to this issue.

The US was actually the first country in the world to outlaw foreign fighting. Congress passed the initial legislation while George Washington was still president, despite the role of foreign volunteers in the American Revolution.

Under US law, individuals can lose their citizenship for joining a foreign army or armed group as an officer, or for joining forces hostile to the United States.

However, prosecutions have been rare. American foreign fighters through history have been charged instead with violations that are easier to demonstrate in court than fighting on foreign soil (which would require witnesses and testimony from abroad), such as handling weapons of mass destruction and providing material support for terrorist organizations. Unlike some allies, the US has not attempted to prevent foreign fighters from returning by removing their citizenship.

Part of the disagreement between the US and its allies over foreign fighters stems from the fact that every country has different policies concerning such returnees. 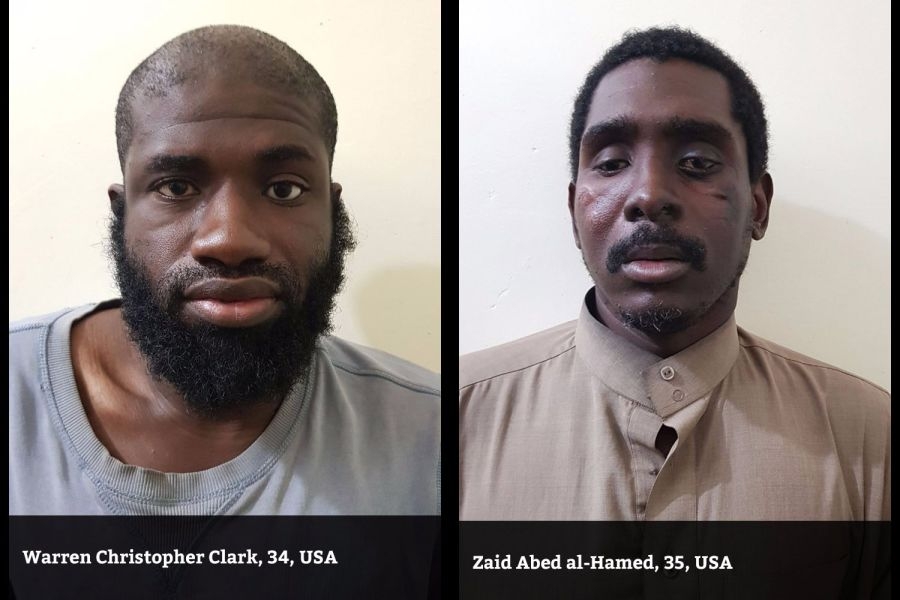 Two Americans fighting for ISIS in Syria have been captured by Kurdish forces. Warren Christopher Clark, 34, and Zaid Abed al-Hamed, 35, were among the roughly 300 Americans who left or tried to leave the US to fight in Syria.

France and Russia are among the countries in the process of taking some or all of their citizens back to face charges at home. Canada, which has been divided by internal partisan debates, has switched approaches, from stripping citizenship to allowing foreign fighters to return and potentially face criminal charges. But the Canadian public safety minister dismissed the American call to reclaim its citizens as a mere “suggestion.”

The UK has passed laws stripping citizenship from individuals who travel to join terror groups. In its own case of a young mother being held by rebels, it has argued that because her father was an immigrant from Bangladesh, she is eligible for citizenship from that country and her UK citizenship can be removed.

The US has taken this approach in the Muthana case as well. Its argument is that her father’s employment as a foreign diplomat means that she is not a citizen, despite having been born in America.

One American response to the rise of ISIS was to push for passage of two United Nations Security Council resolutions that require every country in the world to try to stop their citizens from becoming “foreign terrorist fighters” and to track and prosecute them.

These resolutions are why some countries like Australia are eager to remove their foreign fighters’ citizenship status: If a foreign fighter can be stripped of citizenship retroactively, it is no longer an obligation for that country to return or prosecute them.

National responses have varied and are driven by domestic homeland security politics. Denmark has a successful reintegration program that provides social services to help some returnees deradicalize and disengage. But opponents of this policy mounted challenges and won court rulings ensuring that Denmark can strip citizenship as well.

Since relatively few Americans have gone to Syria and only a handful have returned, there has not been a national debate about returnees until the recent Muthana case.

Many national responses have been prompted by fear of domestic terrorism.

The UK relied upon one 2013 study indicating that, in theory, as many as 10 percent of returnees could become terrorists. However, the same researcher found in 2015 that the rate was actually .002 percent, and hundreds of returnees have already been back for years with no sign of terror activity.

The local ISIS network behind the Paris and Brussels attacks included some returnees. But otherwise, foreign fighters have not produced a wave of domestic terrorism in the West.

The local ISIS network behind the Paris and Brussels attacks included some returnees.

But otherwise, foreign fighters have not produced a wave of domestic terrorism in the West.

My own research indicates that most domestic terror plots by returnees, including successful attacks, occur only within the first few months and that there is no evidence of any long-term threats by returnee sleeper cells.

Foreign fighters who have been barred from their home countries have fanned the flames of terrorism and insurgency when left unchecked.

Foreign fighters who have been barred from their home countries have fanned the flames of terrorism and insurgency when left unchecked. Osama bin Laden was the most prominent of hundreds of such militants who created far more havoc than any returnees. And in the social media era, they do not even need to return home to reach domestic audiences. The American government should weigh this evidence carefully as it moves to address the risks of ISIS returnees.

David Malet is an assistant professor at the American University School of Public Affairs.