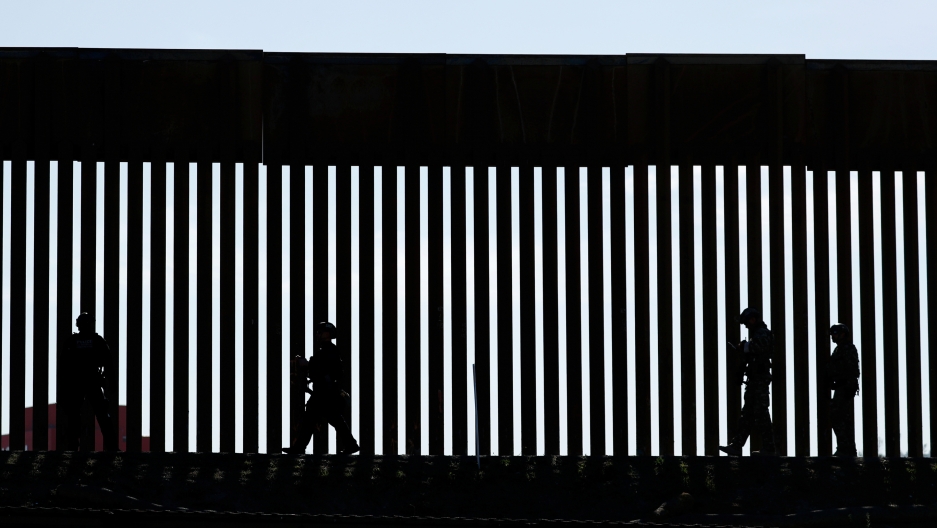 Border Patrol agents patrol the San Ysidro border crossing after the border between Mexico and the US was closed in the San Ysidro neighborhood of San Diego, Nov. 25, 2018.

Trump administration officials said on Friday that the number of asylum-seekers sent back to Mexico will “grow exponentially” in the coming weeks, announcing a major expansion of a controversial program requiring migrants who cross into the US along the southern border to remain in Mexico while their asylum cases play out.

“We are looking to expand implementation across the southwest border in the coming weeks,” a Department of Homeland Security official said during a conference call with reporters. The policy, which took effect in late January, has so far been implemented in a limited scope in the Tijuana-San Diego area.

As of Feb. 21, Mexico had accepted 112 Central American asylum-seekers from the US, including 25 minors, according to Tonatiuh Guillén, head of Mexico’s immigration agency.

Homeland Security officials wouldn’t say where along the southern border it planned to extend the policy, formally known as the Migrant Protection Protocols and informally as “Remain in Mexico.” But Mexican officials said they were informed last week by US Customs and Border Protection that it would take effect in El Paso, Texas — across the border from Juárez, Mexico.

The “Remain in Mexico” policy was announced by Department of Homeland Security Secretary Kirstjen Nielsen, who said it was needed because undocumented immigrants “game” the asylum system.

“They notified us that within two weeks, they were going to begin to return non-Mexican migrants to Juárez to wait for their court date in the US,” Rogelio Pinal, director of human rights for the city of Juárez, told The World.

Pinal criticized the policy, saying the city didn’t have the resources to care for hundreds, and potentially thousands, of stranded asylum-seekers. There are an estimated 1,500 migrants in Juárez who are trying to seek asylum in the US. “Where are the resources going to come from to pay for the housing and protection of these people?” Pinal said. “No one could answer me.”

The “Remain in Mexico” policy was announced on Dec. 20 by Department of Homeland Security Secretary Kirstjen Nielsen. She said the policy was needed because undocumented immigrants “game” the asylum system by making false claims and skipping their court dates after their initial release from detention.

Government records suggest otherwise. In 2017, only 11 percent of asylum-seekers missed their scheduled court hearings, according to an analysis by PolitiFact.

Both Mexican and US officials have repeatedly characterized the policy as a unilateral action on the part of the Trump administration. But Mexican President Andrés Manuel López Obrador, who took office on Dec. 1, has largely gone along with it. After initially saying the country wouldn’t accept migrants younger than 18, the administration has now agreed to take back children returned with their families.

In a conference call with reporters on Friday, Department of Homeland Security officials said they are working closely with Mexican officials to determine where and how the policy would be expanded. “We have to work very closely with our partners in Mexico to make sure we get this right,” an official said.

López Obrador’s acquiescence has taken many people by surprise given his leftist platform and promise on the campaign trail to stand up to Trump.

“The Mexican government needs to do a much better job of communicating to the public how they are pushing back against US efforts to deport Central Americans to Mexico,” said Duncan Wood, director of the Wilson Center’s Mexico Institute. “Government representatives claim that the López Obrador administration will not continue to accept deportees but then they do. It seems incapable of explaining what alternatives they have.”

“Time and again, courts and Congress have recognized those attempts by the administration are unlawful.”

Even as the Trump administration moves forward with the policy, it faces a legal challenge in federal court. Last month, a consortium of civil rights groups, including the ACLU and Southern Poverty Law Center, filed a lawsuit challenging it. They contend that requiring asylum-seekers to remain in Mexico guts long-standing protections for people fleeing violence and effectively squashes their chances of winning their cases by limiting their access to lawyers.

“This is part of a broader attempt by the Trump administration to deny access to legal asylum-seekers at our southern border,” said Shaw Drake, policy counsel for the ACLU Border Rights Center. “Time and again, courts and Congress have recognized those attempts by the administration are unlawful.”