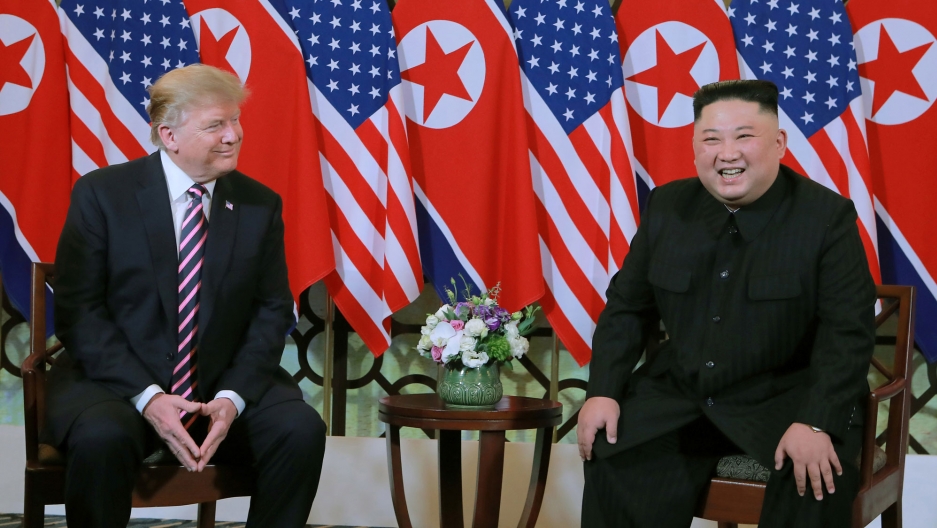 US President Donald Trump said two days of talks with North Korea's Kim Jong-un in the Vietnamese capital Hanoi had made good progress in building relations and on the key issue of denuclearization, but said he had to walk away from a nuclear deal over a disagreement on US sanctions.

"It was all about the sanctions," Trump said at a news conference after the talks were cut short. "Basically, they wanted the sanctions lifted in their entirety, and we couldn't do that."

The United Nations and the United States ratcheted up sanctions on North Korea when the reclusive state undertook a series of nuclear and ballistic missile tests in 2017, cutting off its main sources hard cash.

Trump and Kim cut short their talks, skipping a planned working lunch at the French-colonial-era Metropole hotel after a morning of meetings.

"Sometimes you have to walk, and this was just one of those times," Trump said, adding "it was a friendly walk."

He later left Vietnam to return to Washington. 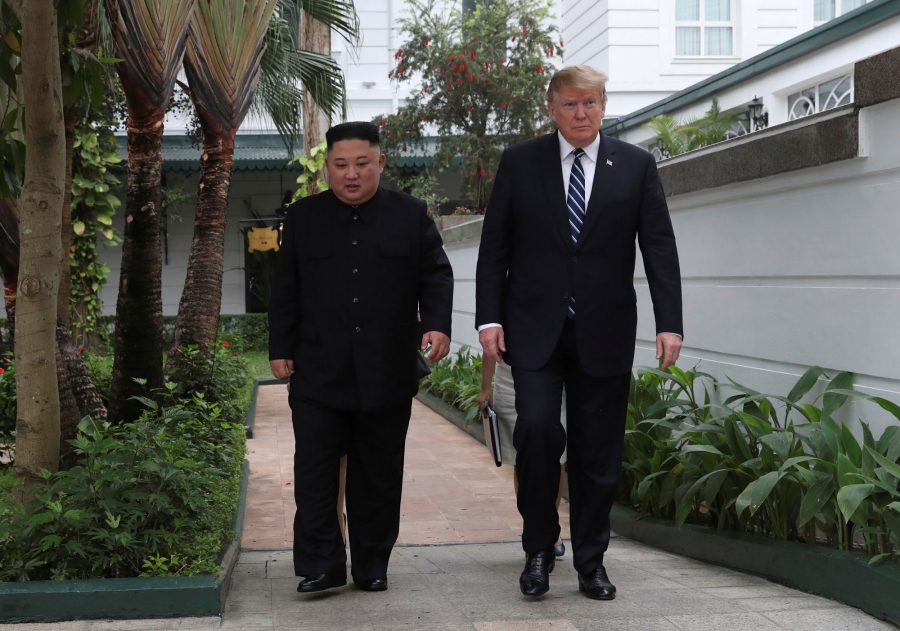 US President Donald Trump and North Korea's leader Kim Jong-un walk in the garden at the Metropole hotel in Hanoi, Vietnam.

Failure to reach an agreement marks a setback for Trump, a self-styled dealmaker under pressure at home over his ties to Russia and testimony from Michael Cohen, his former personal lawyer who accused him of breaking the law while in office.

Trump said Cohen "lied a lot" during Congressional testimony in Washington on Wednesday, though he had told the truth when he said there had been "no collusion" with Russia.

Related: Twitter and Cocoa Puffs: The surprising life of a student at North Korea’s top university

The collapse of the talks raised questions about the Trump administration's preparations and about what some critics see as his cavalier style of personal diplomacy.

Since their first summit in Singapore in June, Trump has stressed his good chemistry with Kim, but there have been doubts about whether the bonhomie could move them beyond summit pageantry to substantive progress on eliminating a North Korean nuclear arsenal that threatens the United States.

Things had appeared more promising when the leaders met on Wednesday, predicting successful talks before a social dinner with top aides.

The White House had been confident enough to schedule a "joint agreement signing ceremony" at the conclusion of talks. Like the lunch, the ceremony did not take the place.

"No deal is a surprise, especially as they were both all smiley last evening," said Lim Soo-ho, senior research fellow at the Institute for National Security Strategy.

"But no-deal today doesn't mean there won't be one in coming months. It means stakes were way too high for the two leaders to give another wishy-washy statement like they did in Singapore."

The Singapore summit, the first between a sitting US president and a North Korean leader, produced a vague statement in which Kim pledged to work toward denuclearization of the Korean peninsula.

North Korea's old rival South Korea, which backs efforts to end confrontation on the peninsula, said it regretted that no deal had been reached but the two sides had made progress.

Senior Chinese diplomat Wang Yi said difficulties in the talks were unavoidable but the two sides should press on and China would play a constructive role.

"I am determined that I must meet Chairman Kim next," Abe added following a telephone call with Trump.

There was no indication of when Trump and Kim might meet again but the White House said the "respective teams look forward to meeting in the future."

Kicking off their second day in Hanoi, Trump said he would be happy as long as North Korea conducted no more nuclear or intercontinental ballistic missile tests.

North Korea has conducted no tests since late 2017, and Trump said Kim had promised him there would be no resumption.

Trump said he and Kim had discussed dismantling North Korea's main nuclear facility at Yongbyon, which Kim was willing to do, but Kim had wanted sanctions relief first.

There were other facilities that Trump said he wanted included in a deal — and the North Koreans had been surprised the Americans knew about them — but they had baulked.

"We asked him to do more and he was unprepared to do that, but I'm still optimistic."

"We asked him to do more and he was unprepared to do that, but I'm still optimistic," US Secretary of State Mike Pompeo told the news conference, referring to Kim.

Trump said the United States would be able to inspect some North Korean facilities but he did not go into specifics.

While Trump indicated a more flexible stance in the run-up to the Hanoi summit, critics had warned he risked squandering vital leverage over North Korea if he gave away too much, too quickly.

US intelligence officials have said there is no sign North Korea would ever give up its entire arsenal of nuclear weapons, which Kim's ruling family sees as vital to its survival.

Earlier Kim and Trump, seated across from each other at a conference table, appeared confident of progress, and Kim had suggested he was ready to give up his nuclear bombs.

"Im not willing to do that, I won't be here right now," Kim told reporters through an interpreter, when asked if he was ready to give up his nuclear weapons.

By Jeff Mason and Josh Smith/Reuters