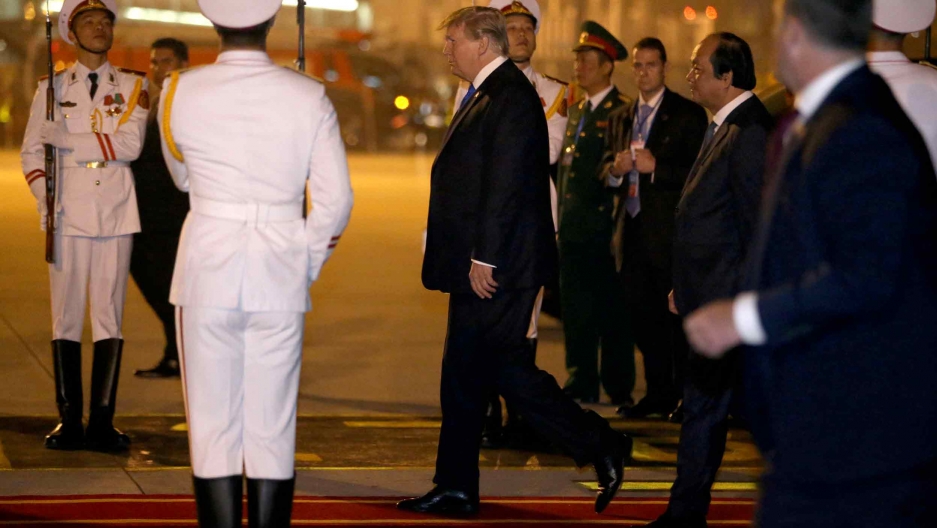 The two-day summit kicks off with a one-on-one meeting on Wednesday between the two leaders, followed by dinner with aides. A series of meetings between the two sides will be held on Thursday.

Kim arrived earlier in the day after a two and a half-day train journey from Pyongyang and through China, and then a 105-mile road journey from the Vietnamese border to Hanoi.

Related: Twitter and cocoa puffs: The surprising life of a student at North Korea’s top university

While there is no real expectation that the second meeting between the two will bring a final deal on ridding North Korea of nuclear weapons that threaten the United States, there are some hopes it could lead to a declaration that the 1950-53 Korean War is at last formally over.

The World's Carol Hills discussed that possibility with Sung-Yoon Lee, professor of Korean studies at Tufts University's Fletcher School of Law and Diplomacy.

Carol Hills: A formal end to the war — it sounds like a good thing, no?

Sounds like a wonderful thing. But in actuality, in reality, there has been defacto actual peace in Korea, as in no-war since the cease-fire agreement of 1953 and that has implications that mostly favor North Korea. Why? Because in the meantime, South Korea has grown very rich, a model successful, thriving, affluent democracy, and that means neither the government nor the public understandably has the stomach to escalate tension with North Korea and the default policy has always been in the wake of North Korean provocations and even lethal attacks to appease North Korea. Appeasement is fine if the problem is held under control but North Korea's nuclear capabilities, its lethality, keeps growing. 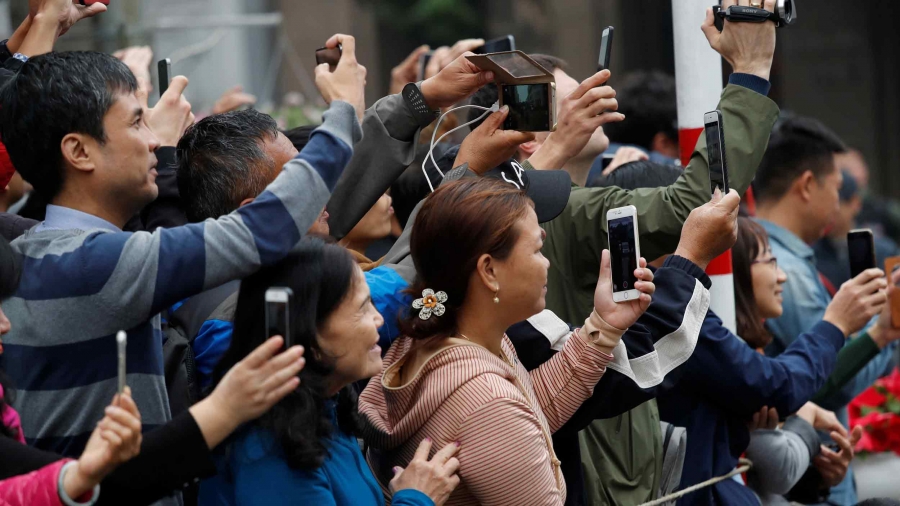 So you use the word "appeasement." That's a big, bad word. You say any kind of formal peace with North Korea benefits North Korea. Why?

Well, we know North Korea has flagrantly violated both the letter and spirit of every single international agreement it has signed. So the presumption that North Korea would be less paranoid or more secure in the aftermath of a peace agreement with the US is unfounded. Then why does North Korea seek a peace agreement with the US, as it has since 1972? Because under the rubric of peace and reconciliation, North Korea would be able to compel the United States to downgrade its support for South Korea. It would dismantle the UN command that has been in place in South Korea since the early days of the Korean War. North Korea would, under the rubric of peace, send for the reconciliation — in effect, compel the US to withdraw troops not only from South Korea, but from Japan as well. That is the North Korean playbook and that's why no US administration until today has seriously considered giving the kind of regime that North Korea is a peace deal. But President Trump seems quite amenable to it.

"North Korea would, under the rubric of peace, send for the reconciliation — in effect, compel the US to withdraw troops not only from South Korea, but from Japan as well. "

What would an end to the war mean to South Koreans?

South Korean people, again, opt for de-escalation rapprochement. So when there is summit pageantry, when North Korea is dangling the carrot of peace and denuclearization, the majority of South Korean people want to believe that and support that and for any South Korean government, that is good politics because that drives up your ratings. But, the fact is, North Korea's nuclear and missile capabilities, in addition to the extremely oppressive nature of the regime, are still the same as they were 60 years ago.

You're South Korean and I'm sure you're in touch with friends and family back home. What are their views on this?

People who are older, say people in their 50s and up, have misgivings because they remember Kim Jong-il, the father, doing exactly the same thing more than 18 years ago. And Kim Jong-un is playing this game artfully.

For younger South Koreans, from what I read, they're kind of sick of this whole deal and I think they have a different attitude toward it, don't they?

They're more apathetic rather than skeptical, I would say. They have less interest in history, so precedents don't weigh on their thinking as much as it may with older South Koreans. But there is widespread apathy, indifference, to North Korea. You know, North Korean studies is not really offered in major South Korean universities.

Isn't there another option though for Trump and Kim Jong-un? They could say, "We're declaring the end of hostilities," but it not be quite a peace deal?

For now, the defacto peace will hold, but in the wake of a peace deal, peace agreement or even a declaration, North Korea will ask for more. North Korea will not just sit by and say, "OK, we feel much more secure. Let's dismantle our nuclear weapons."

"I see a lot of changes on the horizon, all favorable to North Korea."

One thing I just find interesting is that this situation can't go on forever. We've had situations in the 20th century that lingered for decades like the Berlin Wall, the Cold War, and then things change. Don't you see any change on the horizon in terms of this standoff between North and South Korea?

I see a lot of changes on the horizon, all favorable to North Korea. They, I would say, on the verge of signing a peace declaration with the US, North Korea sits closer than ever to achieving its long-cherished dream of dominating the richer, the more legitimate South Korea. So I would say, visit South Korea while you can, while it's still there. That was tongue-in-cheek by the way, the last comment.