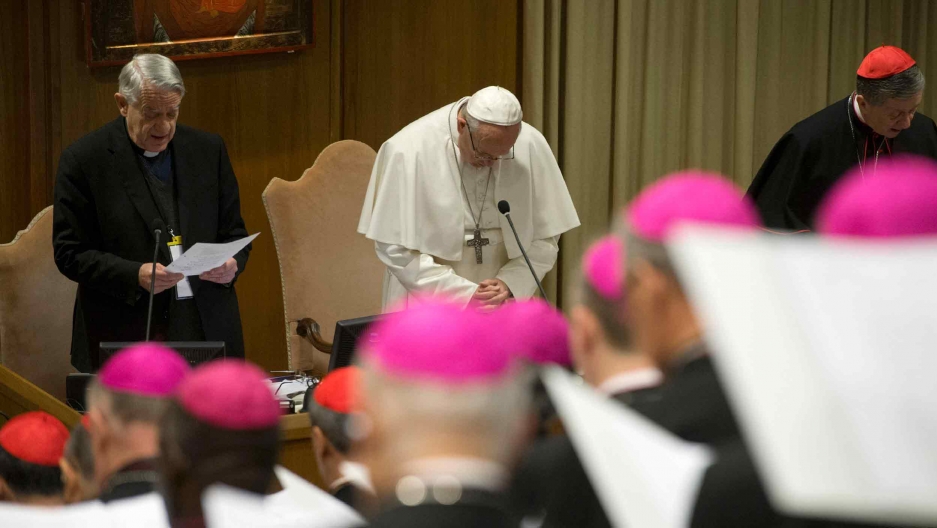 Pope Francis attends the four-day meeting on the global sexual abuse crisis at the Vatican on Feb. 22, 2019.

The Roman Catholic Church must repair the "systematic failures" that enabled sexual abuse to take root around the world, and bishops should start policing each other's behavior, leading cardinals said on Friday.

Cardinals Blase Cupich of Chicago and Oswald Gracias of Mumbai spoke on the second day of a conference of some 200 senior church officials convened by Pope Francis to confront what he has called the scourge of sexual abuse by the clergy.

"This past year has taught us that the systematic failures in holding clerics of all rank responsible are due in large measure to flaws in the way we interact and communicate with each other," Cupich said.

Various aspects of the sexual abuse crisis made 2018 the worst year for the pope since his election in 2013.

In Chile, all of the country's 34 bishops offered their resignations over a nationwide scandal; Francis' trip to Ireland shined a new light on decades of abuse in the once staunchly Catholic nation; and a damning report by a grand jury in Pennsylvania revealed that priests had sexually abused about 1,000 people over seven decades in that US state alone.

Last week, Theodore McCarrick, once a powerful cardinal in the US Catholic Church, was dismissed from the priesthood after the Vatican found him guilty of sexual abuse of minors and adults over decades.

The church had "to confront the past grave and callous errors of some bishops and religious superiors in addressing cases of clergy sexual abuse, and the discernment to understand how to establish just accountability for these massive failures," Cupich said.

Phil Saviano is one of the survivors of Catholic clergy abuse and is an activist and established the New England chapter of SNAP, the Survivors Network of those Abused by Priests. His character is also featured in the Oscar-winning film, "Spotlight." He spoke with The World's Carol Hills from Rome about the Vatican conference.

I said to the archbishop, "Why don't you don't rise to the occasion or be the leader and say to the governments where this is not a law that it should be a law and that we're going to start reporting whether it's a law or not?"

Carol Hills: Phil, at this summit meeting, Pope Francis has provided bishops with 21 reflection points. I have the list right here, and one of the first points is to make a practical handbook of steps to be taken by authorities when cases of sex abuse happen at church. What do you think about that?

Phil Saviano: Well, by authorities, I assume he means bishops, and yes, that's a great idea, but it really amazes me that such a handbook doesn't already exist and that it hasn't been in place for 30 years. 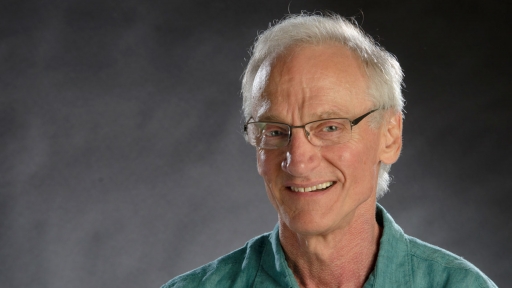 Phil Saviano was the subject of the film "Spotlight" and now an advocate for clergy abuse victims.

Have you looked at the list of reflection points?

I have. I wish I had the list in front of me, but I read it through quite closely last night.

What did you think of it when you read it? Do you think this is a good thing or do you think something's missing?

Well, I was relieved to see that it was just a number of topics for them to think about in a way to start conversations and see what directions things might head into. If this was a list of policies and procedures that they want to put in place, I would be horrified. I mean, there are a few good things they say call for treating survivors with care and with respect. One of them, I forget which number it was, talks about how to deal with false allegations of abuse, which makes me crazy because I've been hearing that phrase ever since the early 1990s when I went public, that there were people saying, "Oh, this didn't really happen; these people are just looking for money off the Catholic Church".

What you refer to — it's written in this set of points — it says, "The right to defense: the principle of natural and canon law, of presumption of innocence, must also be safeguarded until the guilt of the accused is proven." In some ways, that is a legitimate thing. It's not completely denouncing a charge of abuse, it's simply saying we have to prove it.

Right, and that's true with any criminal charge, it does have to be proven. The question is, who is going to be doing the investigation? Who's going to be proving it one way or another?

The pope says he wants concrete measures to be taken. You told us earlier this week that one of your main concerns is that mandated reporting needs to happen. Remind us what that is and whether you think the Catholic Church is moving in that direction.

Mandated reporting essentially means that if a bishop learns that one of the priests within his diocese has been abusing a child or an adolescent — since this is criminal behavior that we're talking about — it should be reported to civil authorities such as the police. If there is an investigation to be done, it should be done by people who are trained to do such investigations. I talked to Archbishop Charles Scicluna of Malta about that at a survivors meeting on Tuesday, and I was really kind of dismayed with his answer. I think the policy that they want to follow is that if it is mandated by law in the particular country where the abuse is happening, they will follow the law and they will report it to civil authorities. But unless it's mandated by law, they're not going to report it. I said to the archbishop, "Why don't you don't rise to the occasion or be the leader and say to the governments where this is not a law that it should be a law and that we're going to start reporting whether it's a law or not?" It would be a great thing for the church to take the lead on, but he was not really interested in hearing that.

Related: The late Cardinal Law will be remembered as the face of the Catholic Church’s child sexual abuse crisis

One thing I want to get clarity on — is your definition of mandated reporting when a bishop hears that there has been sexual abuse or when it's been proven?

I think it's when the bishop hears about it.

So, you think that if a bishop hears there's been sexual abuse, that a priest has sexually abused anyone in the church, that the charge should immediately be reported to civil authorities and then go from there?

One thing that struck me was that, at the first meeting that was yesterday, there were prerecorded testimonials by survivors of clergy sex abuse. Why wasn't it live? Do you know?

I don't know for a fact. I can tell you that if I was a survivor and I was asked to give testimony, it would be a lot easier to do it into a microphone than it would be to stand on a stage or sit behind a table facing an audience of roughly 200 bishops and cardinals. I mean, it can be very, very difficult for survivors to talk about these experiences at all. From what I read, some of the testimonies were prerecorded and were quite graphic about their experiences. I think that one of the reasons why the testimony was given not in person, but by videotape, was, in part, to protect the emotional and psychological health of the survivor and to not put them in a position where they're so nervous that they can hardly get the details of the story. The other thing is that they didn't identify who any of these survivors were. No names were given. I think that if they were testifying in person, it would have been a little bit more difficult to keep their identities shielded.

There are two more days of this summit. What are you looking for?

What I'm looking for and what I'm going to get, I think, are two different things. But what I'm hoping for is that this will be the beginning of what's going to be a not-too-long process. My understanding was that the main objective of this four-day summit was to bring bishops from other parts of the world who feel that they don't have any abuse problem within their jurisdiction, and to bring them up to speed on the fact that they probably do — it's just that the victims in those countries haven't found their voices — and educate these bishops on what abuse is all about, what it does to the child emotionally, what it does to the child spiritually. The abuser should be pulled out of service so that he doesn't have the possibility of abusing other children. I think that when the meeting is over on Sunday, I know that the pope is going to make a presentation to the public. I don't expect that he's going to at that point come out with any significant changes, but I am hopeful that this summit is the beginning of a series of conferences, a series of discussions, and plans to start putting regulations in place.

Editor's note: This interview has been condensed and edited for clarity and length. Reuters contributed to this report.