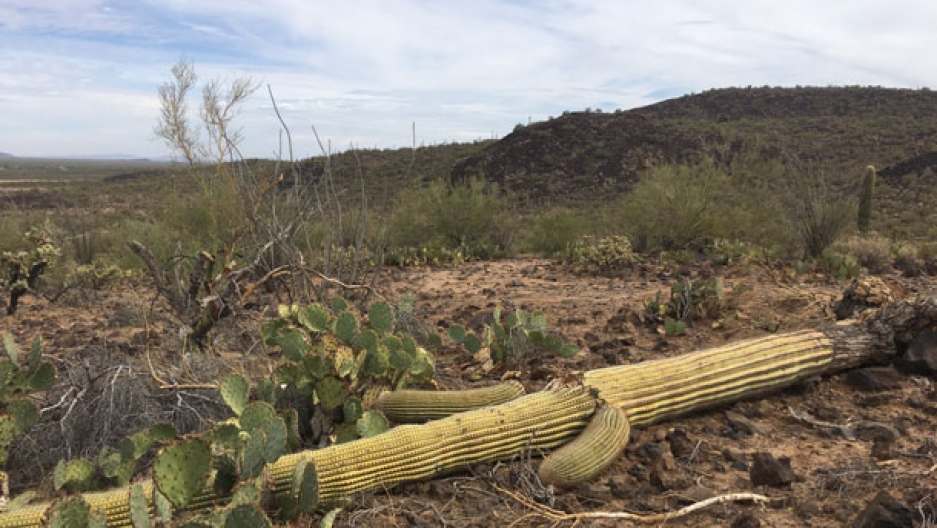 Damage caused by the construction of a border wall has great impacts on species like the saguaro cactus, which itself is home to many other native species in its ecosystem.

A wall along the southern border of the United States will disturb critical wildlife habitats, block migration routes for animals already stressed by climate change and could possibly lead to extinction for some rare and endangered species, according to environmental experts.

A federal appeals court in California recently ruled that the Trump administration is within its rights to disregard dozens of environmental laws in order to fast-track the wall, and the Supreme Court has declined to hear a challenge from environmental groups, so preventing the wall’s predicted impacts will be difficult.

For Sergio Avila, a biologist and outdoors coordinator for the Sierra Club, this is a tragic situation.

The wall would block the migration path of many species, including the jaguar, the animal Avila studies most closely. Jaguars are the third-largest species of cat in the world, after Siberian tigers and African lions. They live not only in the jungles of the Amazon, but also in the borderlands of Arizona and New Mexico. Blocking their migration prevents them from living their normal life cycle, Avila says.

The jaguar and other animals along the southern border are also trying to move as a way to adapt to climate change. “Some of these animals might be moving from warmer areas to cooler areas, either by going from the south to the north or from a lower elevation to higher elevation areas,” he said. “So, it's very important that we acknowledge that the border barriers are compounding the impacts of climate change by not allowing animals to move freely and to adapt and reach water or food or cooler places where they can survive.”

The list of species Avila worries about is long: The bighorn sheep in the mountains of California; the pronghorn antelope in the deserts of Arizona; the ancient herd of bison that travels back and forth between New Mexico and Chihuahua; the butterflies at the National Butterfly Center that migrate between Canada and Mexico and will no longer be able to find their usual resting place. The list goes on.

Related: If Trump wants a wall, eminent domain is the final frontier

And, of course, Avila worries about the wall’s impact on the human population that enjoys the public lands and national parks and can learn about connections to nature.

Even some fish are being affected. In the San Bernardino National Wildlife Refuge, a small area of public land has been set aside to protect the last numbers of a couple of species of desert fish. These fish are an endemic species, meaning they live only in one place. The Fish and Wildlife Service created the refuge to protect the water, the water quality and the habitat that these fish enjoy in that area.

“It is crazy, not only for the life of these fish, but for the efforts that government and nongovernment agencies have put into a region that is so rich, biologically,” Avila said. “It is damaging to the habitat of the fish, but it's also damaging to the local work and the years of outreach and education that a lot of these public officials have conducted down here.”

Avila fears that some endangered species might go extinct as a result of a proposed border wall. “I think it's likely, and I think it's very sad because we're seeing it with our own eyes,” he said. “The solution is in our hands, and yet humans are not stepping up to do enough about it.”

Related: Trump signed an order for the wall 2 years ago. The US just ended the longest shutdown ever over it.

Despite all the political, social and environmental challenges, Avila wants people to remain positive.

“People need to know that the Mexican gray wolves, the jaguars and the ocelots exist out there, that they are prevailing in spite of all this infrastructure; that animals are adapting to climate change; that water is still running in these rivers; that saguaros are still standing in the Sonoran desert. If we keep those images alive and we know that those species are there, let's grab that hope and that energy to share our voices and speak on behalf of them,” he said.

Next: The ‘real’ border crisis: The US immigration system isn’t built for kids and families