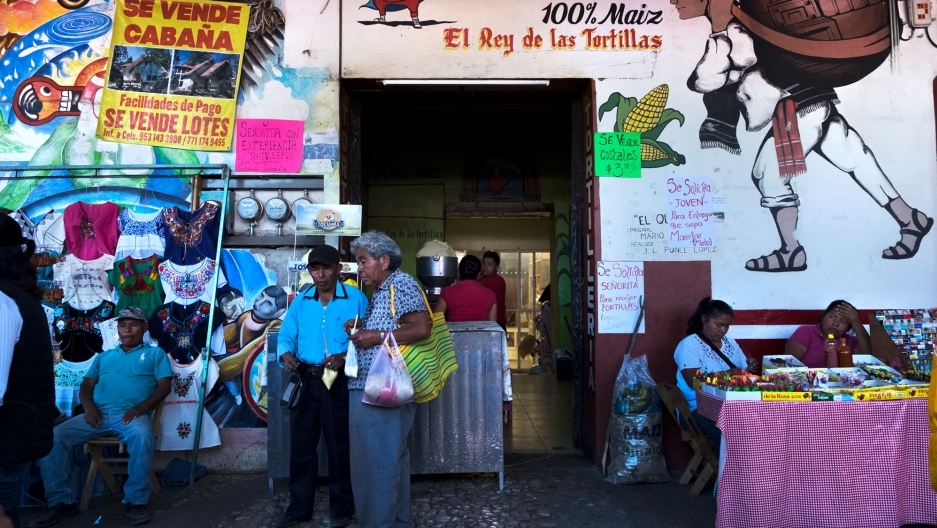 Tlaxiaco, Mexico. It’s a small city in the south of the country and in a region that has a long history of migration to the US. The economy there is driven by small businesses like those near the city’s central plaza.

Yalitza Aparicio, the Oscar-nominated star of “Roma,” is from Tlaxiaco, Mexico. It’s a small city in the south of the country located in a region with a long history of migration to the US.

The migrants have created mini-communities in the US and often go years without returning to Mexico. As a way to maintain connections with their families back in Mexico, they have created a radio program that airs in Tlaxiaco and cities in the US with significant Mixteco populations, including Fresno, California, Woodburn, Oregon and Mt. Vernon, Washington. 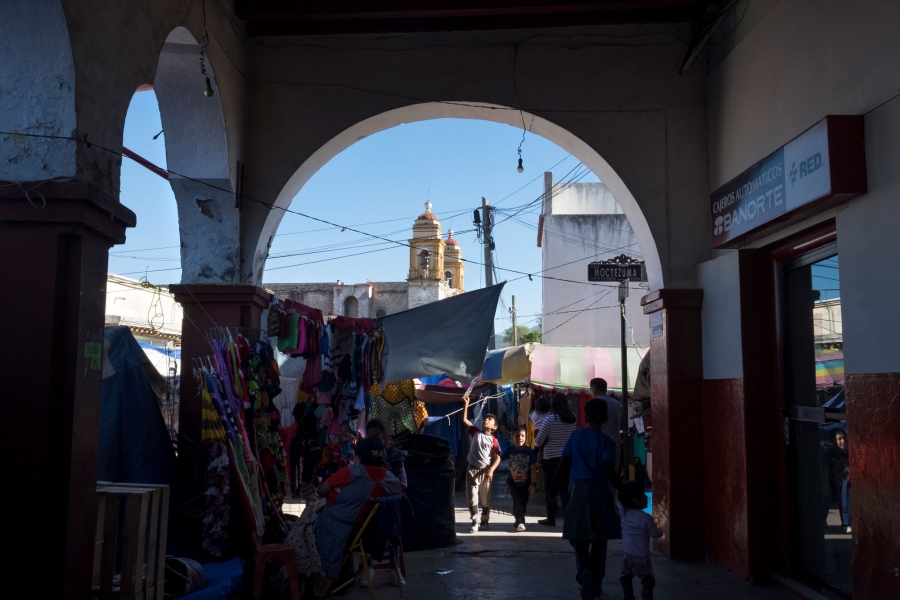 Locals mingle at Tlaxiaco’s market, with the Santa Maria de la Asunción church in the distance.

The radio station in Tlaxiaco is called XETLA/La Voz de la Mixteca, or the voice of the Mixteca. There are two dominant indigenous groups in the region, the Mixteco and Triqui. Actor Yalitza Aparicio — the star of “Roma” — is a mix of both groups (her father is Mixtec and her mother is Triqui). 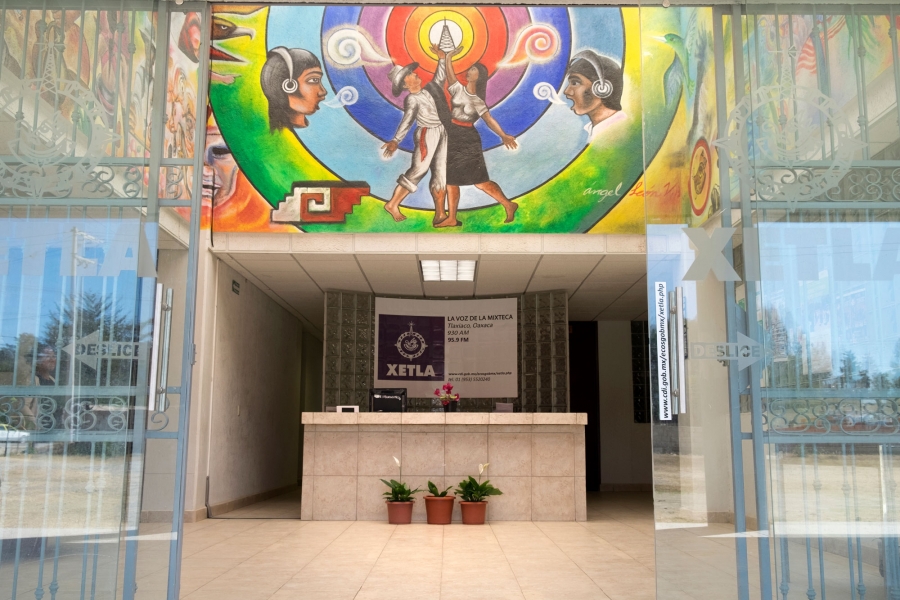 The lobby at XETLA, the radio station that airs “La Hora Mixteca.”

The station, which receives funding from the Mexican government, airs a mix of programming, but two of its shows are geared toward migrants and their families. La Hora Mixteca is a production of Radio Bilingüe, the only national Latino public radio network in the United States. 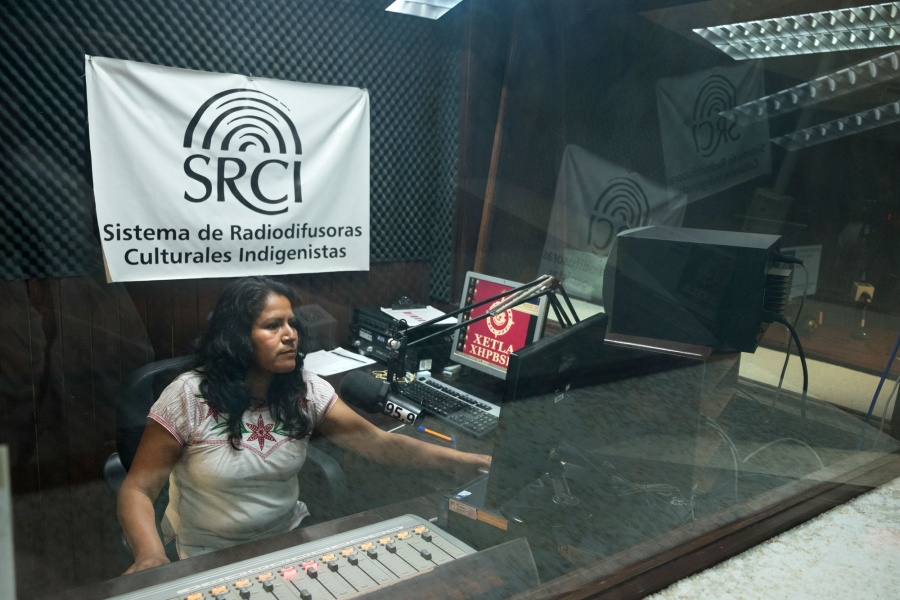 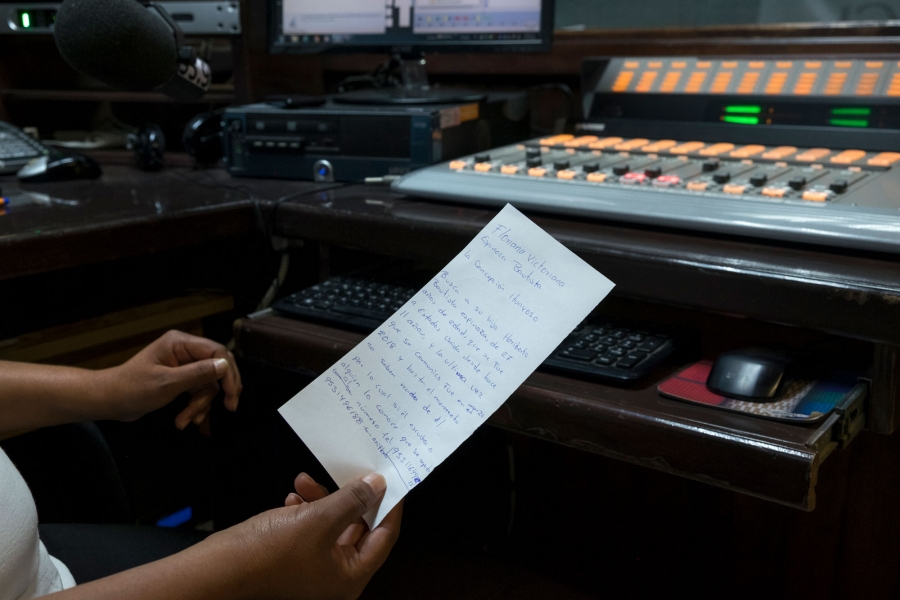 Eva Hernández holds a note written by listener Floriana Espinoza. She writes that she is looking for her 27-year-old son, Heriberto Bautista Espinoza, who left for the US 11 years ago. Espinoza lost communication with him last March.

“La Hora Mixteca” airs on Sundays in Tlaxiaco and Fresno. It also plays in parts of Mexico with large Mixtec communities. 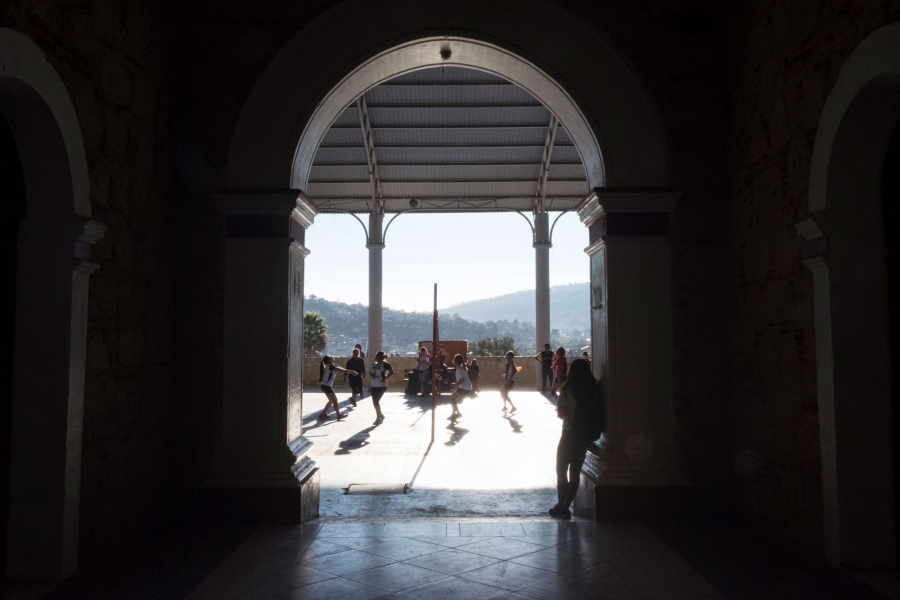 “La Hora Mixteca” can be a lifeline for families hoping to reconnect with loved ones in the US. Even with the advent of cell phones, it's not uncommon for families to lose contact with a family member who has emigrated to the US. So they turn to the radio program for help. 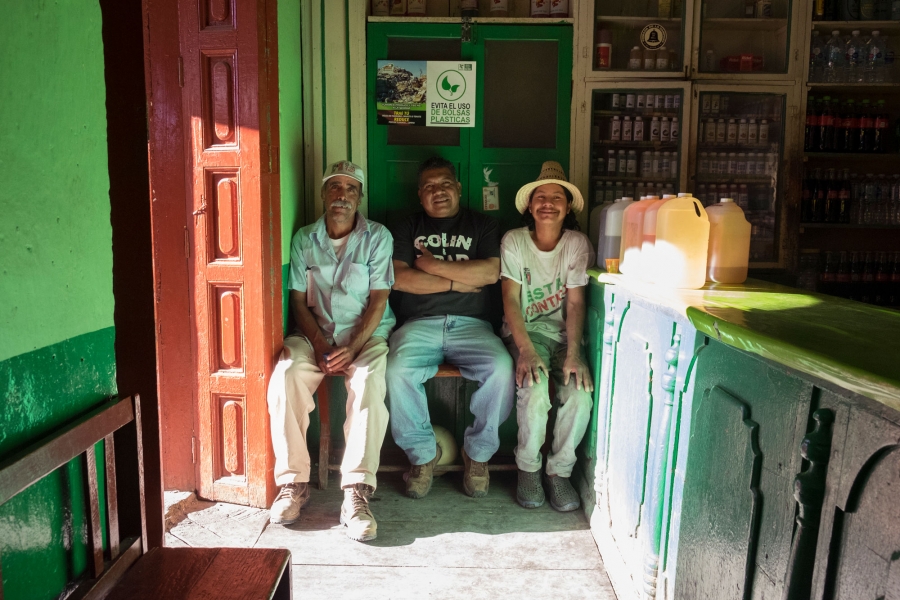 Enrique Reyes Rodríguez, 49, (center) went to Los Angeles in 1989 in search of work. He returned nine years later to visit his parents, and met his now-wife. He frequently listens to "La voz de la Mixteca." 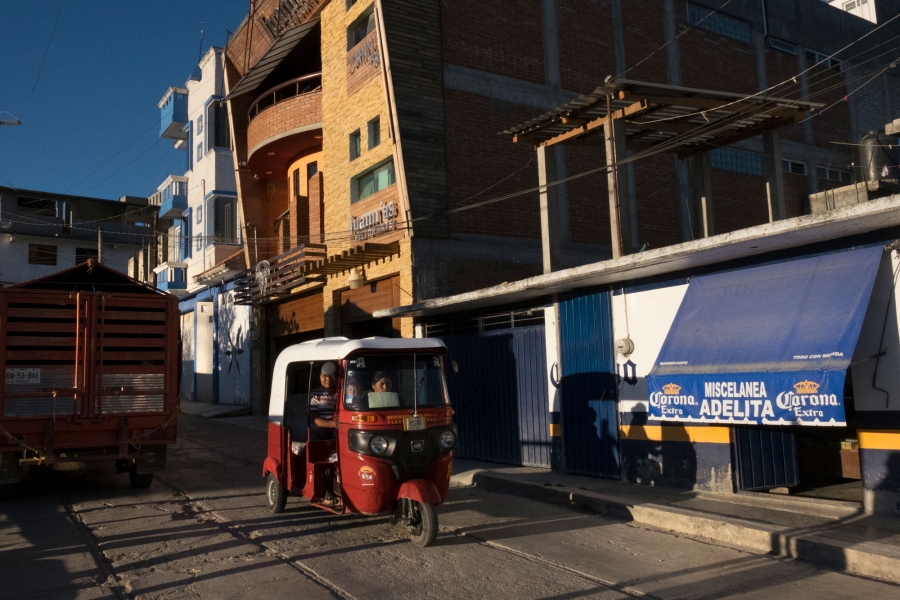 A motorcycle taxi passes by Juann’as Ristorante pizzeria in Tlaxiaco. The restaurant opened three years ago after the owners returned to Mexico after years of working in New Jersey.

Since large numbers of people have migrated over the years between the US and Tlaxiaco, the connections between this extremely rural part of Mexico and the US are strong. 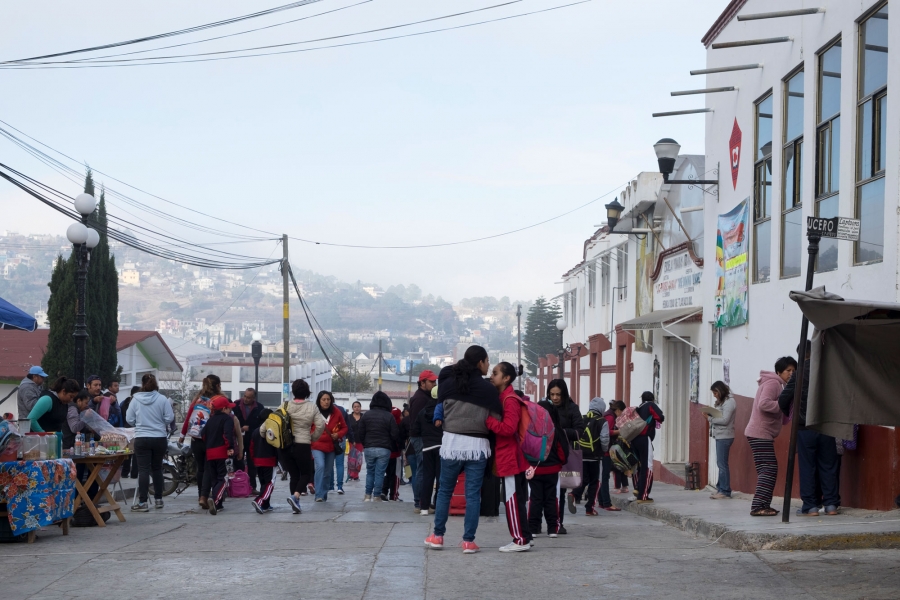 Outside of Tlaxiaco’s elementary school during morning drop-off.