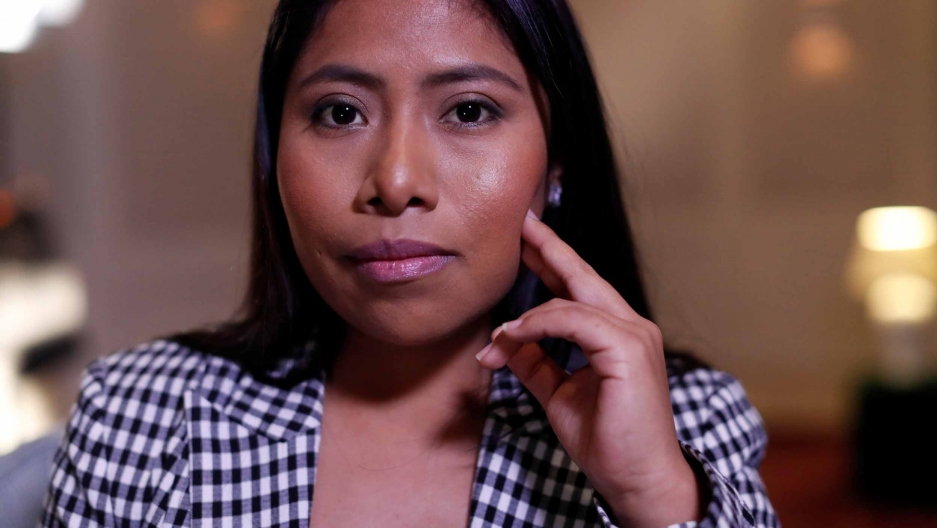 Mexican actor Yalitza Aparicio, who is nominated for an Oscar for Best Actress for "Roma," poses for a portrait in Hollywood on Feb. 15.

Alfonso Cuarón's "Roma" heads into this weekend's Academy Awards nominated in 10 different categories, including best picture, best foreign language film and best director. Two of the film's actresses are also nominated: Marina de Tavira for her supporting role as Señora Sofía and Yalitza Aparicio for her leading role as Cleo, a maid who works for a middle-class family in Mexico City in the early 1970s. The film is autobiographical and tells the story based on the nanny who helped raise Cuarón and his siblings.

The casting crew traveled to small Indigenous villages in Oaxaca state in search of a woman who could play Cleo, and that's how they found Aparicio, who had never acted before. Since appearing in "Roma," Aparicio has graced the cover of Vogue Mexico, won several awards for her role and on Sunday, could take home an Oscar.

The World's William Troop spoke her about the film and how much her life has changed since she accepted the part.

William Troop: You had just graduated to become a teacher. How has your life changed?

Yalitza Aparicio: I had just finished my studies to become a teacher. I haven’t actually taught yet. This whole adventure started with a casting call in Tlaxiaco, which is where I was born and grew up.

Do you think you will go back to be a teacher after all the hoopla about "Roma" quiets down?

Well, I’d love to make another movie. I wanted to become a teacher because that’s a way to reach a lot of people and educate them. And now, I’ve discovered that by making a movie, you can also teach people many things.

"I simply broke down crying from all the emotion."

You were doing a photo shoot at the border barrier in Tijuana when you found out that you had received the Oscar nomination. What was your reaction at that moment?

I could not believe it. I simply broke down crying from all the emotion. I was just hoping that the film would be nominated for best picture. And I never expected to see my name included in the best actress category and in the company of all these amazing actresses. I think that’s why I burst into tears.

How do you feel now that it’s been several weeks since you found out about the nomination?

I think I’m still feeling the same. I don’t know. I still can’t believe that any of this is even possible.

Besides being director Alfonso Cuarón's autobiographical film and a beautiful movie to watch, "Roma" also touches on a lot of social issues of class, race and ethnicity. When you were making the movie, could you see all of the ramifications?

These were themes that I discovered little by little, since we didn’t have a script and we didn’t really know how the story would unfold. So, every time we filmed a scene, I could sense some of the issues that were being raised and it was surprising to me.

I read that your mother also worked as a domestic worker. How personal was this role for you?

My mother has been a domestic worker for a long time. And that was one of the things that crossed my mind a lot: that with this movie, I could honor her as well.

How did your mother react to the movie when she finally watched it?

She liked it a lot. Even if there were parts of the film that really scared her. Like the scene by the ocean where I go into waves. But she said it was a beautiful story. 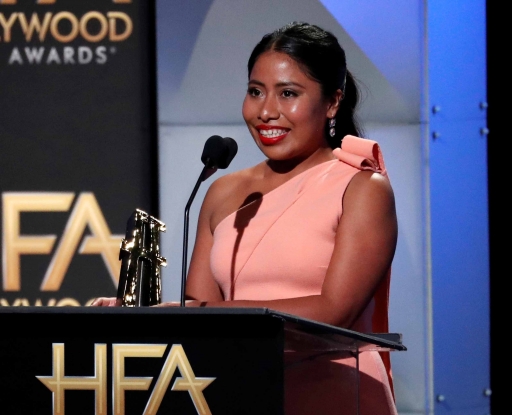 I’ve always identified with my roots. I grew up always proud of who I am. People used to say I’m an unusual mix between Mixteca and Triqui. But I’ve always been clear about where I come from.

I read that "Roma" was shown at a Zapatista film festival in Chiapas. What was that experience like for you?

That was amazing. It’s a whole different experience there — like a different world. People there aren’t so obsessed with fame or asking you to take a picture with them. After they showed the movie — when the lights came back on — all I could see is people’s eyes, because the Zapatistas cover their faces. And all the eyes were red from crying. It was really surprising to see how a movie like this had truly touched their hearts.

Do you feel that you feel like you are representing Mexico’s Indigenous side to the world?

I am just an example of the diversity that exists in Mexico, with our many cultures and our many faces. And that’s all.

Editor's note: This interview was conducted in Spanish and translated into English. It has been condensed and edited for length.