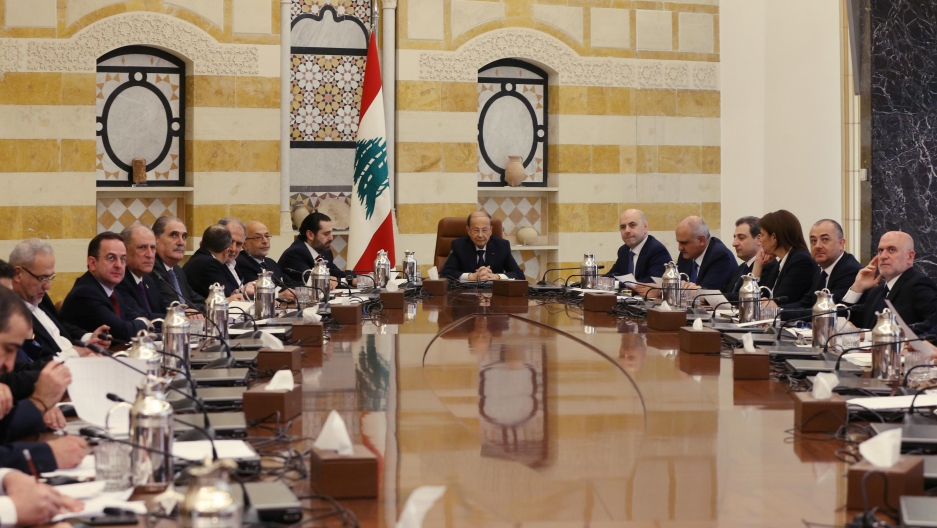 After US President Donald Trump's administration declared victory over ISIS and announced its plan to withdraw troops from Syria in late December 2018, all eyes turned toward the multitude of foreign influences vying for power in the region, including Iran, Russia, Israel and Saudi Arabia. But Lebanon, Syria’s tiny next-door neighbor, is possibly most bound up in Syria’s fate.

As the Syrian civil war draws to a close, Lebanon will be forced to confront its large refugee population — and with far fewer resources to deal with their needs than when war broke out seven years ago.

With nearly 2 million refugees from Syria and the Palestinian territories, according to a 2018 Human Rights Watch report, the situation has only become more dire in recent years. The Lebanese government estimates that the country hosts 1.5 million refugees mostly from Syria, and an additional 280,000 refugees from the Palestinian territories. In fact, among Lebanon’s estimated 4.5 million people, refugees amount to nearly a third of the population.

The refugee influx has been highly controversial with significant pushback from all facets of Lebanese society. In May 2015, Lebanon ordered the United Nations High Commissioner for Refugees to stop registering new refugee cases and granting refugee status to new arrivals as part of Lebanon's effort to deter asylum-seekers from entering Lebanon and to make life even harder for those who stay. Growing animosity, discrimination and economic struggle has been a major challenge for refugees in Lebanon.

Yet, Lebanon’s sectarianism often leads to political gridlock when it comes to Syria and the refugee crisis.

Over the last seven years, Lebanon’s religiously affiliated parties have been split on Syria — each deeply influenced by a 29-year Syrian occupation that ended in 2005. Since Syrian troops withdrew from Lebanon, key members of alliances, both pro- and anti-Syria, have begun to work across the divide.

Known as confessionalism, Lebanon’s political system dates back to 1943, when the country gained independence from France. The sectarian system of government known as the National Pact grants leadership privileges to the nation’s three major religious lines: Maronite Christian, Sunni Muslim and Shia Muslim. Lebanon’s prime minister must be Sunni, the speaker of parliament, Shia and the president, a Maronite Christian. Lebanon’s newly elected parliament — with 18 recognized religious sects represented — finally announced on Jan. 31 after a nine-month deadlock, and remains divided along religious lines as it struggles to recover from major economic strife.

Today, the major Sunni parties oppose Bashar al-Assad’s control in Syria due to fears that Syrian forces may return to Lebanon. These parties often receive support from Saudi Arabia. In fact, the head of the most popular Sunni party, Prime Minister Saad Hariri, holds Saudi citizenship.

On the other hand, Shia parties Amal and Hezbollah generally support the Assad regime, and these parties often receive support from Iran, the world’s largest Shia nation. In 2011, the Hezbollah militia began to repel spillover from groups like ISIS and al-Nusra from Syria across the Lebanese border. The Hezbollah party, with substantial power in Lebanon, has allied with pro-Assad forces in Syria — who also receive substantial support from Iran. Hezbollah's independent military wing, unique among Lebanon's parties, often works at odds with the rest of Lebanon.

“[T]he political system ensures sectarianism at every level of government. … Most politicians aren’t working to tear down that system, but are protecting it as a safe haven,” said one Shia man based in Lebanon, who wished to remain anonymous.

“[T]he Christians are split between the Sunni block … and the Amal-Hezbollah Shia bloc … Young people notice that these religious groups have become vested blocks, the same old teams.

Maronite Christians, who generally support current President Michel Aoun, a prominent figure among Maronites, remain split between the two on Syria. Aoun was staunchly anti-Syrian as a former commander of the Lebanese Armed Forces who led the Syrian expulsion in the ’80s. The brutal conflict eventually forced Aoun into exile in France, but upon his return in 2006, Aoun and his Free Patriotic Movement played a huge role in formalizing relations with Hezbollah, laying out the terms of Hezbollah’s disarmament and emphasizing the importance of diplomatic relations with Syria.

“[T]he Christians are split between the Sunni block …  and the Amal-Hezbollah Shia bloc,” said Edward Gabriel, director of the American Task Force for Lebanon.

Gabriel said he believes that this split, and its obstruction of the political process, frustrates Lebanese society, especially youth. “Young people notice that these religious groups have become vested blocks, the same old teams.”

These “same old teams” have been the source of significant gridlock in Lebanese politics, most recently seen in 2014-2016, when a newer religiously mixed bloc called Change and Reform boycotted 44 parliamentary sessions, alongside Hezbollah and various other alliances, dragging the presidential vote until the 46th round — when Aoun finally secured the position in October 2016.

“It took us 2 1/2 years to vote for a president,” said Ibrahim Shehab, a Sunni Muslim from Lebanon who voted in the last election from Berlin. The Lebanese government formed its current parliament nine long months after Aoun was elected. Shehab says he wants to see the end of the confessionalist system “as soon as possible” because “all existing political parties use sectarianism.”

Unity around the refugee crisis?

But cracks have begun to show in Lebanon’s religious sectarianism.

“[I]n the last election [in May 2018], parties from both sides [Shia and Sunni] voted for each other in many areas of Lebanon,” Shehab says.

The Lebanese Center for Policy Studies, in collaboration with the European Union, found that “many Lebanese blame their own government for failing to provide sufficient support to local communities and to establish an organized response to the crisis.”

Younger generations increasingly identify with democracy rather than sectarianism.

“The [added economic] pressure of refugees has created a shared social anxiety,” says Dr. Akram Khater, director of the Center for Lebanese Diaspora Studies at the University of North Carolina. He says this anxiety over resources has driven more Lebanese people to forsake partisan politics, giving rise to “nonaffiliated secular political movements, NGOs and the emergence of civil society groups who advocate for an end to sectarianism.”

In 2017, the US decision to cut off $350 million for the United Nations Relief Works Agency that supports Palestinian refugees in Lebanon inflamed anger among all Lebanese factions. Other nations stepped in with $120 million to make up for those losses, but it wasn’t enough.

The Lebanon Crisis response plan for 2017-2020, produced by the government of Lebanon and the United Nations, estimated that the refugee crisis has cost the country $18.15 billion since 2015.

“The refugee effect, which was caused by the wars — with Israel and now Syria — is weighing on our economy, and is dragging down its infrastructure. ... If you want to destroy somebody, let them go to the extreme, let them become harsh radicals, terrorists.”

“The refugee effect, which was caused by the wars — with Israel and now Syria — is weighing on our economy, and is dragging down its infrastructure,” said Maronite priest Father Emmanuel Nakhle, who has lived in St. Paul, Minnesota, since 2016. Father Emmanuel left Lebanon in 1991 for Canada, where many Lebanese fleeing the civil war first resettled.

He says that by standing by and allowing refugees’ welfare to deteriorate, the Lebanese state and the international community risks extremism, destabilization and harms national interests. “If you want to destroy somebody, let them go to the extreme, let them become harsh radicals, terrorists.”

"[T]he Assad regime wants to stabilize itself and the Iranians want the same,” said Dr. Ronald Krebbs, an expert on US Middle-East security policy. He says that “with 10,000 Hezbollah boots on the ground [in Syria]," Israel, Lebanon’s southern neighbor, is understandably concerned. One can easily see this through [Israel’s] recent attacks on Iranian targets within Syria that began in late January 2019.

Related: Keeping the peace on the Israel-Lebanon border

At a United Nations/ATFL meeting in September 2018, Aoun cautioned that his country’s economic problems should not be mistaken for political ones. Lebanon’s acting foreign minister Gebran Bassil added that the US withdrawal of UNRWA funds only added to the strain on the country’s resources.

Yet, Aoun has chosen to build dialogue among disagreeing factions and the public consensus appears to follow this trend. And perhaps Lebanon’s recently formed government may cement much-needed stability between factions, unified by their desire to return refugees back to Syria. Meanwhile, it remains unsafe for Syrians to return to their war-torn country, with reports of disappearances, killings and imprisonment.

Failing to find compromise could decimate Lebanon’s fragile national identity — and leave Lebanon's refugees in a perpetual state of despair.