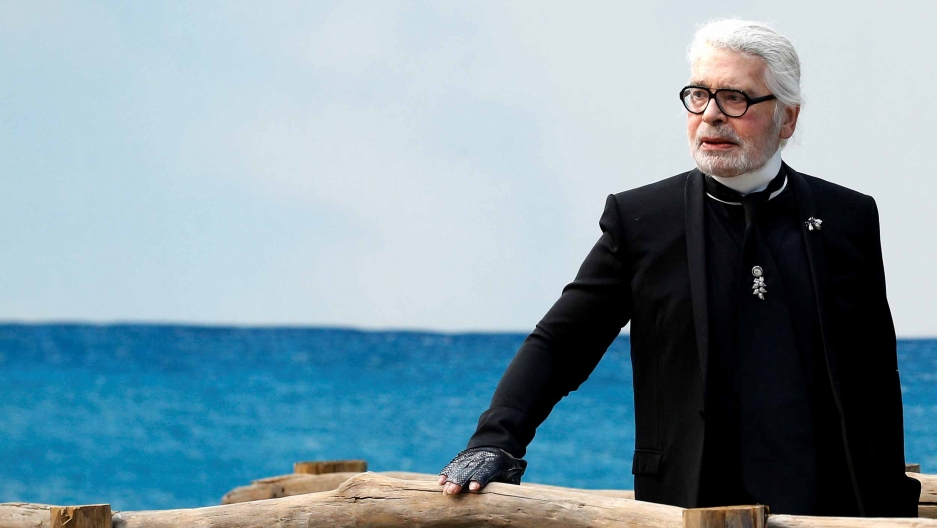 Haute-couture designer Karl Lagerfeld, artistic director at Chanel and an icon of the fashion industry with his extravagant outfits and striking catwalks, has died aged 85.

Instantly recognizable in his dark suits, pony-tailed white hair and sunglasses, Lagerfeld was best known for his association with Chanel but delivered collections for LVMH's Fendi and his own eponymous label.

Rumors of Lagerfeld's ill-health had swirled after he failed to show up at Chanel's January show in Paris for his customary bow.

Chanel chief executive Alain Wertheimer recalled how he had given carte blanche to Lagerfeld in the 1980s to reinvent the brand, from the Chanel jacket to its tweeds and two-tone shoes.

"Thanks to his creative genius, generosity and exceptional intuition, Karl Lagerfeld was ahead of his time, which widely contributed to the House of Chanel's success throughout the world," Wertheimer said in a statement. 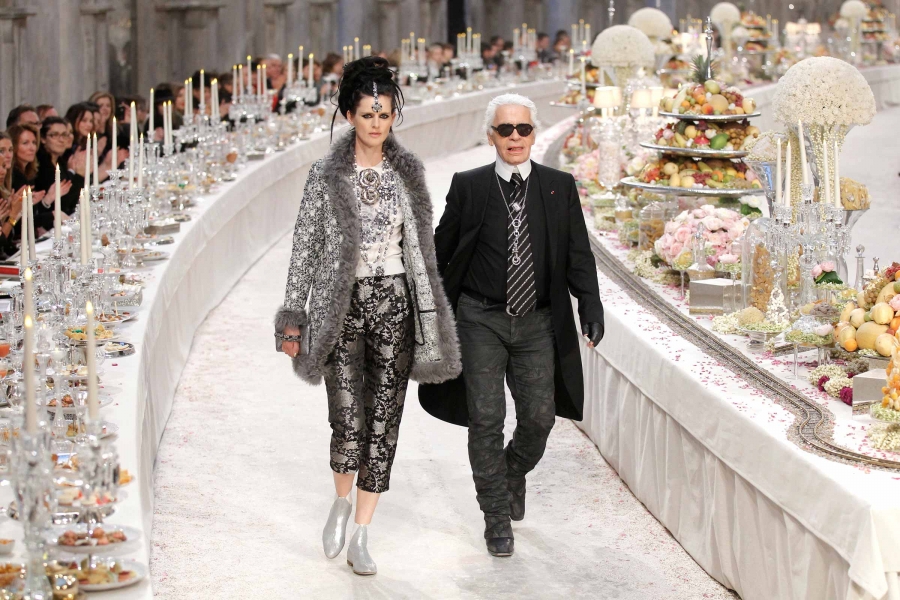 LVMH chairman and chief executive Bernard Arnault said the fashion world had lost a creative genius who helped make Paris the fashion capital of the world, and Fendi one of the most innovative Italian houses.

"I will always remember his immense imagination, his ability to conceive new trends for every season, his inexhaustible energy, the virtuosity of his drawings, his carefully guarded independence, his encyclopedic culture and his unique wit and eloquence," Arnault said.

Chanel said Virginie Viard, director of the house's creative studio, would take over creative work for the brand's collections. Several sources said the appointment was transitional and that Lagerfeld's successor would be announced after the mourning period.

Born in Hamburg in 1933, Lagerfeld made his debut with designer Pierre Balmain as an apprentice before moving on to Patou and Chloe and then Fendi.

"He was one of the most influential and celebrated designers of the 21st century and an iconic, universal symbol of style," his own Karl Lagerfeld brand wrote on Instagram.

The House of KARL LAGERFELD shares, with deep emotion and sadness, the passing of its creative director, Karl Lagerfeld, on February 19, 2019, in Paris, France. He was one of the most influential and celebrated designers of the 21st century and an iconic, universal symbol of style. Driven by a phenomenal sense of creativity, Karl was passionate, powerful and intensely curious. He leaves behind an extraordinary legacy as one of the greatest designers of our time, and there are no words to express how much he will be missed.

"He leaves behind an extraordinary legacy as one of the greatest designers of our time."

Fendi said it would go ahead as planned with a Milan fashion show of Lagerfeld's latest line for the brand on Thursday.

"The House of Fendi is in deep mourning following the death of Karl Lagerfeld, who left his mark and genius with us for more than five decades," it said.

"Now is not the time to discuss his succession. We intend to take the time to honor his life and pay him the tribute he deserves."

It was after he joined French fashion house Chanel in 1983 that Lagerfeld gained rock-star status, credited with helping jazz up the label founded by Coco Chanel in 1910 and attracting younger clients.

He was known for staging lavish shows, building Chanel catwalks amid replicas of a supermarket, casino and even an airport terminal.

On Jan. 22, Chanel hosted guests in a mocked-up Mediterranean garden for its haute-couture show. In a collection inspired by Lagerfeld's favorite period, the 18th century, feathers adorned new twists on the brand's classic tweed suits, which came with ankle length or fishtail skirts. 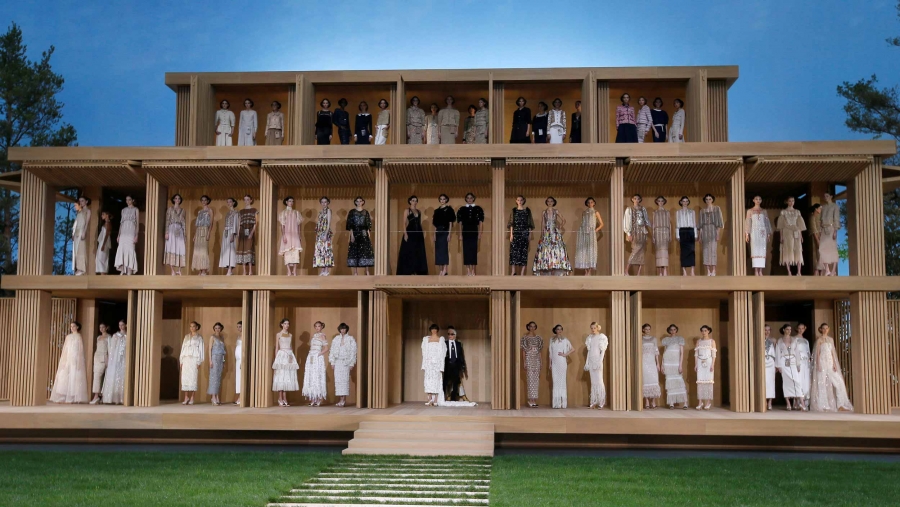 Tributes poured in from around the world for the man affectionately nicknamed "Kaiser Karl" and "Fashion Meister."

Britain's Victoria Beckham wrote on Instagram: "So incredibly sad to hear this. Karl was a genius and always so kind and generous to me both personally and professionally."

Italian fashion designer Donatella Versace, sister of the late Gianni Versace, wrote: "Karl your genius touched the lives of so many, especially Gianni and I. We will never forget your incredible talent and endless inspiration. We were always learning from you."

Italian designer Giorgio Armani described Lagerfeld as "an extraordinary man, both for his professional talent and his life, which he blended and turned into a unique art: the Lagerfeld way of being."

Actress Keira Knightley, who starred in the campaign for Chanel's Coco Mademoiselle perfume, described him as "a legend both as a man and a creative force."

French celebrity online magazine Purepeople said Lagerfeld died on Tuesday after being taken to hospital in Neuilly-sur-Seine outside Paris the night before.

"He has inspired generations and, above all, he gave us the possibility to dream, with his capability to embrace the present and invent the future," Carlo Capasa, chairman of Italy's national fashion association CNMI, said.