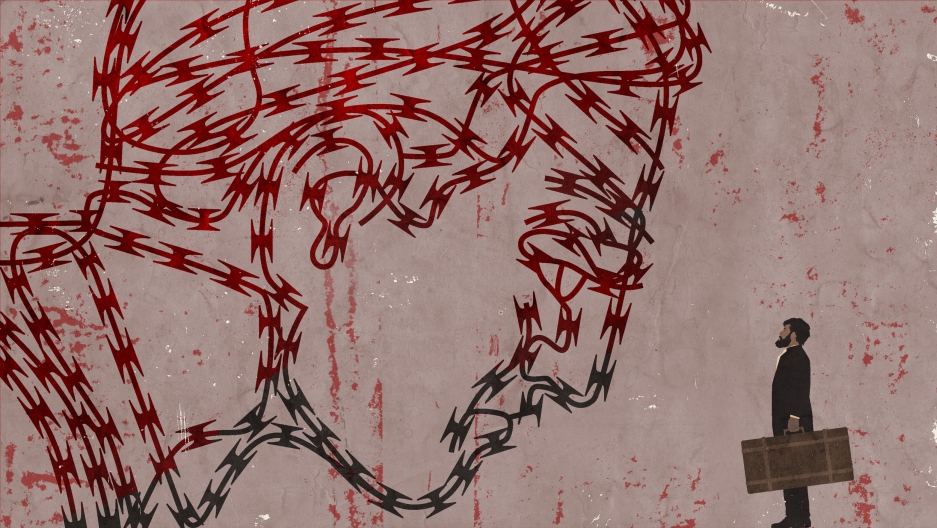 Hungary has one of the strictest anti-immigration policies in the European Union. Hungary allows in only two asylum seekers per day, according to NGO estimates.

Switch on Hungarian national public broadcaster, Magyar Televízió, most days and you will likely hear a news report about immigration. Pro-government newspapers, too, feature almost daily news reports about immigrants. The stories are rarely positive.

And yet NGOs in Hungary estimate the country allows in only two asylum-seekers per day. It has some of the strictest anti-immigration laws in Europe, and has built a 109-mile-long fence along its southern border to curb crossings from Serbia and Croatia.

Refugees who live there face regular reminders that they are unwelcome from both governmental legislation and opinion polls.

Norberto speaks only a little Hungarian. He doesn’t want to reveal his full name for fear of any reprisal from either the Cuban or Hungarian authorities. But the 34-year-old Cuban knows the kind of headlines he will hear on the evening news: If immigration continues, “terror will become part of life in large cities."

That’s a line from Prime Minister Viktor Orbán, from an October speech marking the 62nd anniversary of the outbreak of the Hungarian Revolution and war of independence against communist rule.

"We don’t see these people as Muslim refugees. We see them as Muslim invaders."

He talks about immigration often. Orbán won a third successive term in office last year, campaigning on a strong anti-immigrant platform. He refused to take part in the European Union’s resettlement program for refugees in 2015. Last June, Hungary approved a package of legislation called the “Stop Soros” law, which criminalized providing aid to undocumented immigrants and asylum-seekers. 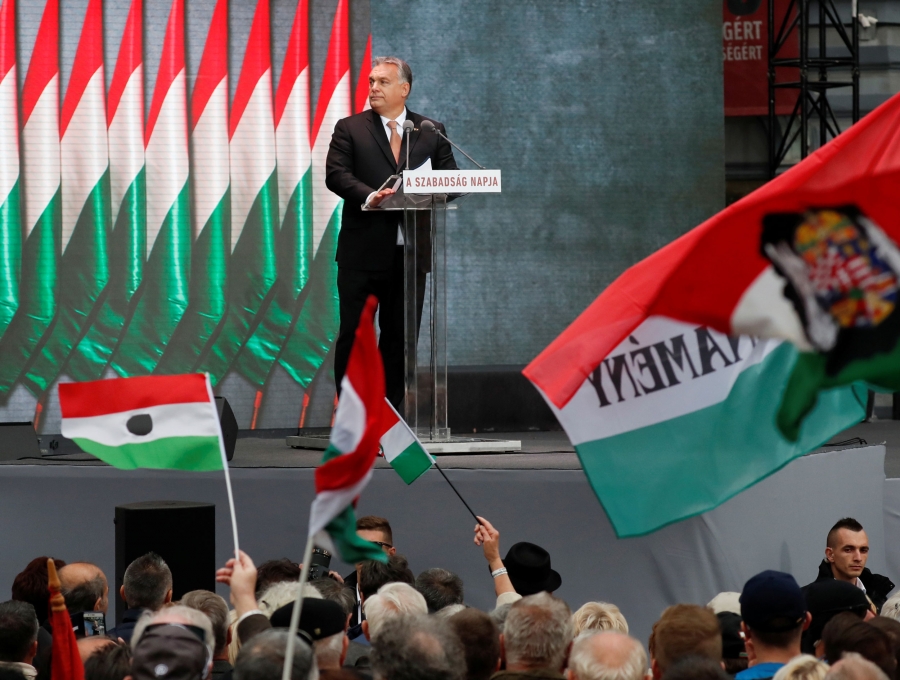 Hungarian Prime Minister Viktor Orbán delivers a speech in front of the House of Terror during the celebrations of the 62nd anniversary of the Hungarian Uprising of 1956, in Budapest, Hungary, on Oct. 23, 2018. (The House of Terror was once the headquarters of the Hungarian Nazi party and later the AVH, Hungary's version of the KGB. Prisoners were held, tortured and killed in the cellar of the building. The building now houses a musuem with exhibits about the fascist and communist regimes in 20th century Hungary.)

“We don’t see these people as Muslim refugees. We see them as Muslim invaders,” he told the German newspaper Bild.

Norberto never thought about living in Hungary before leaving Cuba.

“I didn’t even read about this country before I came here,” he says.

Nor did he know just how aggressively the country’s government would pursue an anti-immigrant strategy.

Norberto is one of many thousands of refugees who trekked through Serbia aiming for an EU country in 2014. He flew first to Moscow and then traveled overland through Serbia to the Hungarian border, where he presented himself to border police. The guards herded him and many others onto a transport container, usually used for carrying goods, he says. He was kept locked inside the container for two days.

“There were so many of us there, there was no room to sit down,” he says.

Then he was taken to one of the country’s two transit camps, situated outside the Hungarian border towns of Tompa and Roeszke. Surrounded by barbed wire, each section is policed, so those inside cannot move about freely or leave.

A Hungarian guard who became friendly with Norberto warned him one day: “Go to Germany, you should go to Germany. This country is not for you.”

But Norberto said he was tired. Tired of walking, tired of fleeing and tired of explaining his case over and over again. One year later, his refugee status was granted. 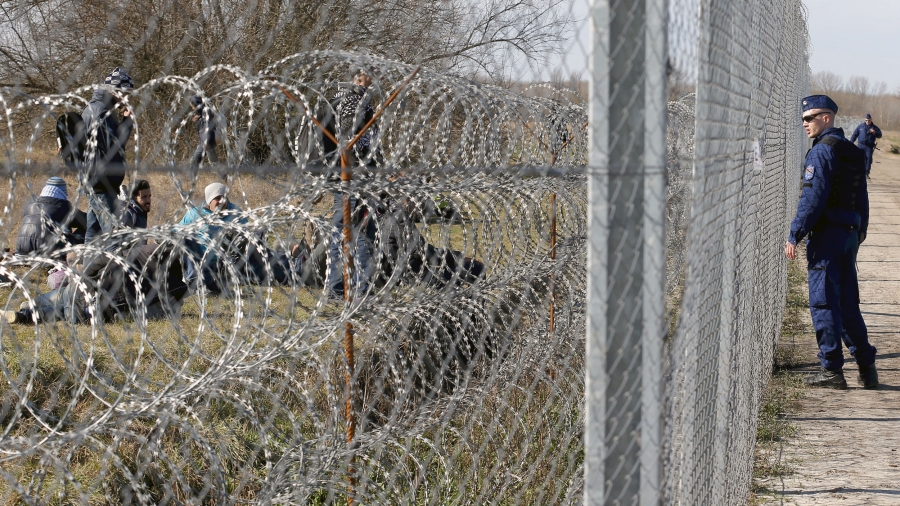 Migrants rest as a policeman watches them near Hungary's border fence on the Serbian side of the border near Morahalom, Hungary, in February 2016.

Hungary is not an obvious choice for a Cuban refugee, not only because of its harsh anti-immigration laws, but also because of its growing crackdown on opposition media. That’s what caused Norberto to flee his home in the first place. Norberto, a journalism graduate, left Cuba in 2014 after he received word that the authorities were looking for him following critical comments he made about the government. He was warned he could face jail time.

Norberto arrived in Hungary a year before Europe’s migrant crisis of 2015, when hundreds of thousands of people made their way from countries like Syria, Iraq and Afghanistan, hoping to settle in Northern Europe. Months after Norberto was granted refugee status, Hungary virtually closed its doors to all but a trickle of people seeking asylum.

"It sends a chilling message to anyone who speaks up. There are risks to what you do."

Hungary’s poor performance on the Migrant Acceptance Index comes as no surprise to Márta Pardavi, co-chair of the Hungarian Helsinki Committee. It’s one of the only NGOs in Hungary working with asylum-seekers and refugees. The new "Stop Soros" laws introduced in 2018 declared that any group or individual helping undocumented immigrants claim asylum could be liable for a jail term. The move has unsettled NGOs, Pardavi says, and also made Hungarians nervous about volunteering to help.

“You have to understand, they have been going on since 2014,” she says.

And sometimes the insults get personal.

“In April 2018, an article in a pro-government newspaper made a list of what they called ‘mercenaries of George Soros,’” she remembers. “The list included the names of every single staff member here. It sends a chilling message to anyone who speaks up. There are risks to what you do.” 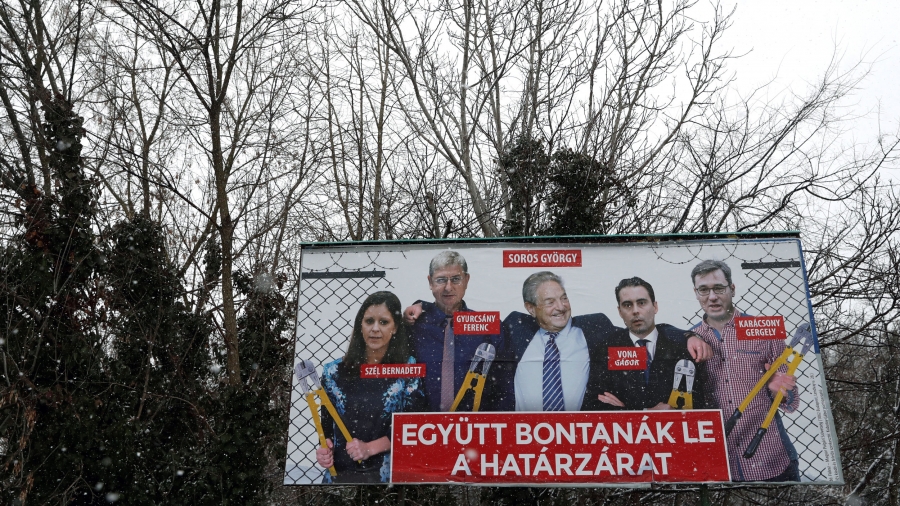 A government billboard in Budapest shows George Soros, center, and opposition party leaders. The billboard reads: "They would dismantle the border fence together."

Government spokesperson Zoltán Kovács is unapologetic about Hungary’s attitude to migrants and its strict anti-immigrant legislation.

“Migration is not a human right,” he says. “Illegal migration is a risk. It carries dangers to public security, the danger of terrorism, and eventually the danger of cultural conflicts, which we see now in western Europe.”

Opinions like Kovács’ are not uncommon and billboards reiterating the threat of illegal migration have had an impact.

"Migration is not a human right."

For Norberto, it meant finding a job was almost impossible for over a year. No one wanted to be seen hiring a refugee. Eventually, a friend put him in touch with a multinational company where his fluency in English and Spanish were a bonus.

He doesn’t often tell people about his journey to Hungary. If they ask, there are usually “raised eyebrows” when he tells them he is a refugee. He says they tell him they don’t normally like migrants, but that he is OK.

“When people hear on a 24/7 basis that migrants are here and they’re waiting to come and invade your country and rape your wife and devastate your culture, eventually they are going to believe what they are told,” Gall says. “I see migrants receiving comments on the street and on the buses. People say ‘we don’t want you here.’”

Gall says this kind of rhetoric creates a potential for violence.

“This hate propaganda is extremely dangerous and creates a situation where you might have someone who sees a migrant and decides to take matters into their own hands,” Gall says.

Gall says she is buoyed by the scrutiny Hungary is facing from the European Union and the international press, but believes a change in attitudes by Hungarians is what’s needed to improve circumstances for migrants living there. In a 2016 Pew poll, 76 percent of Hungarians said refugees would increase terrorism and 82 percent said refugees are a burden.

Norberto will stay in Hungary for now, but not because it feels like home. He is too tired to start all over again. His “superplan” for 2019, he says, is to bring his mother to Budapest for a vacation. 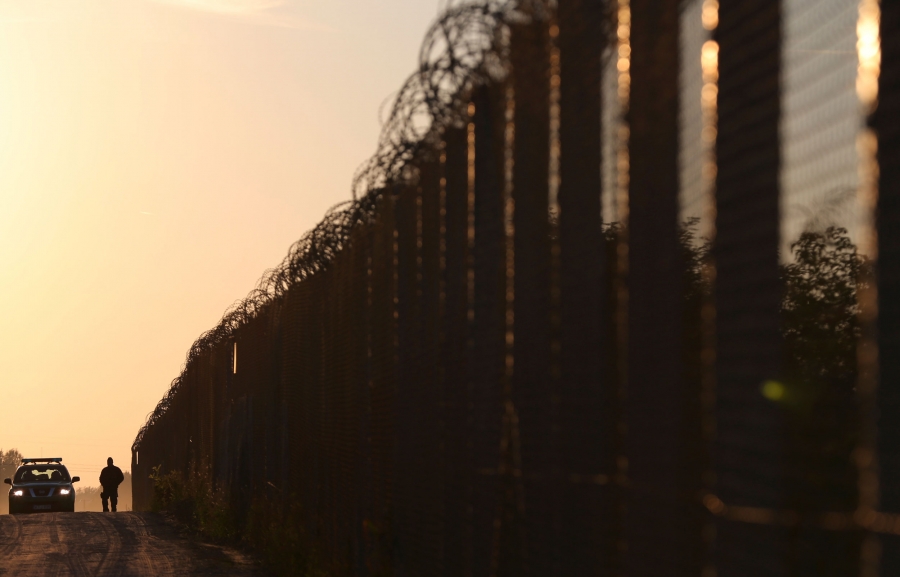 Police and army units partol as the sun rises at the Hungary-Serbia border fence at Asotthalom, Hungary, in September 2016.