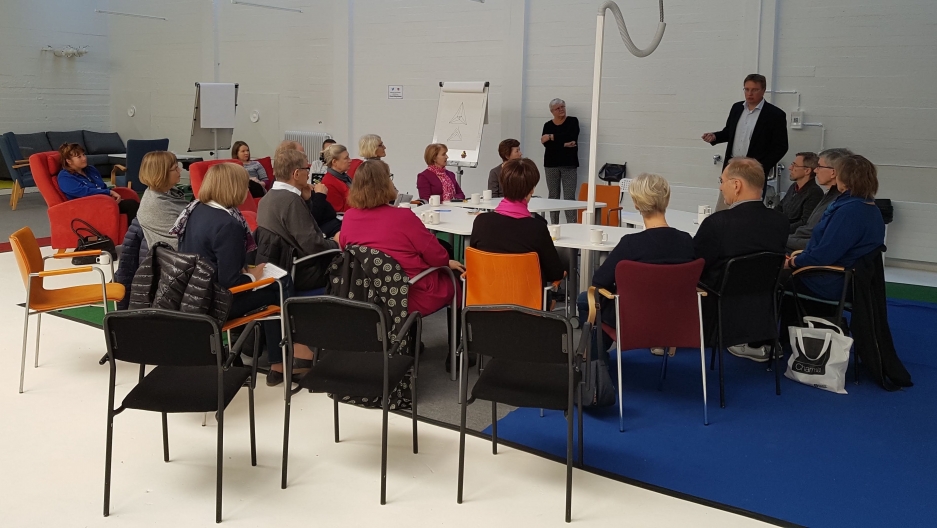 In many ways, Hely Lyly is your typical grandma. She's retired, sings in a chorus, takes fitness classes, participates in a book club and spends a good chunk of her day taking care of her grandchildren.

These days, though, Lyly, 68, has a new gig — as an artificial intelligence evangelist.

Lyly is one of nearly 100 senior volunteers mentoring their peers on the fundamentals of AI. The mentorship program is just one component of Finland’s national AI strategy, which focuses heavily on getting Finns without a technical or computer science background comfortable with AI. 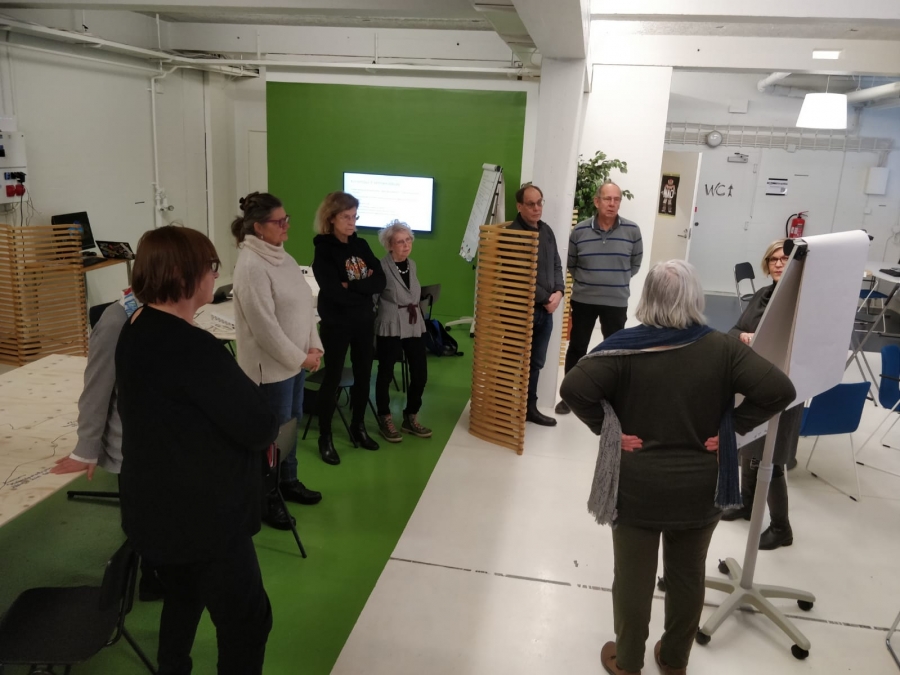 Seniors attend a training on AI in Finland. The Nordic country is focusing on educating its citizens, and empowering them to participate in discussions that will shape the country's policies in the future.

Back in October 2017, Finland became the first European country to release a national AI strategy. It plans to release its final report in March of this year.

To become an AI evangelist, Lyly had to go through a 12-week training that included lessons on the basics of AI, the ethics of AI — even some programming.

“I really learned that AI can help — especially seniors — a lot.”

“I really learned that AI can help — especially seniors — a lot,” Lyly said. “Because with age, different kinds of limitations — when it comes to physical things like vision or hearing problems — start to increase.”

There are apps and gadgets powered by AI that alleviate those problems, Lyly said, including digital assistants like Siri and Alexa, as well as certain navigation and translation apps. To get that message out, Lyly and her cohort have been visiting community centers, public libraries and other spaces where seniors tend to congregate.

Related: What can AI learn from non-Western philosophies?

“I think it's really great to have the seniors teaching each other because everybody learns at the same time from each other,” said Taru Tuomola, who works at Leppävaaran Elä ja Asu-Seniorikeskus, a senior community center and living facility in Espoo, Finland.

Tuomola described a recent training mentorship session at the facility. It began, she said, with a tai chi lesson from a small robot.

“It brought a lot of joy here. … [The seniors] were very interested and surprised about it,” Tuomola said.

In the hours that followed, seniors also got a chance to familiarize themselves with artificial intelligence and its practical applications.

Lyly says this work has challenged some of her own perceptions about seniors.

“I had a certain bias, I think, before I started to discuss [AI] with seniors. I thought that maybe they don't know that much, but they know. But this is not true. They know a lot.”

“I had a certain bias, I think, before I started to discuss [AI] with seniors," Lyly said. "I thought that maybe they don't know that much, but they know. But this is not true. They know a lot."

So far, these visits have reached more than 300 seniors in Finland’s Espoo area, according to Omnia AI Lab, the adult education center that trains seniors to become mentors. They’re hoping to soon expand the program nationwide. To facilitate that expansion, Omnia says it’s building an AI showroom truck that will tour around Finland.

Finland knows that when it comes to AI, it can’t compete with China and the US — two countries vying to become global AI superpowers. Instead, the Nordic country is focusing on educating its citizens and empowering them to participate in discussions that will shape the country's policies in the future.

The Finnish government is also challenging at least 1 percent of its population to take a free, online AI introductory course and is working with private companies to get people around the country enrolled.

“We keep citizens at the center … of [our] AI strategy,” Maikki Sipinen, who’s part of a team driving Finland's AI strategy at the Ministry of Economic Affairs, wrote in an email. “While tapping into the potential AI holds, we need to make sure nobody is left behind in this transformation.” 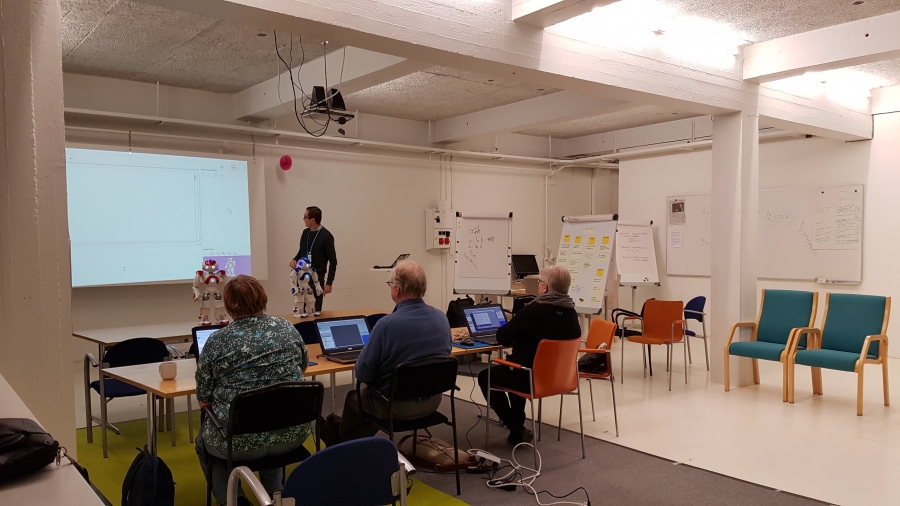 “My mother is 80 years old, and I have seen how difficult it is to live in this society if you don’t use digital services.”

“My mother is 80 years old, and I have seen how difficult it is to live in this society if you don’t use digital services,” she said.

Lyly admits she hasn’t been able to get her mother excited about AI.

But she says her own adult kids, and her grandkids, are now turning to her to learn all about AI.