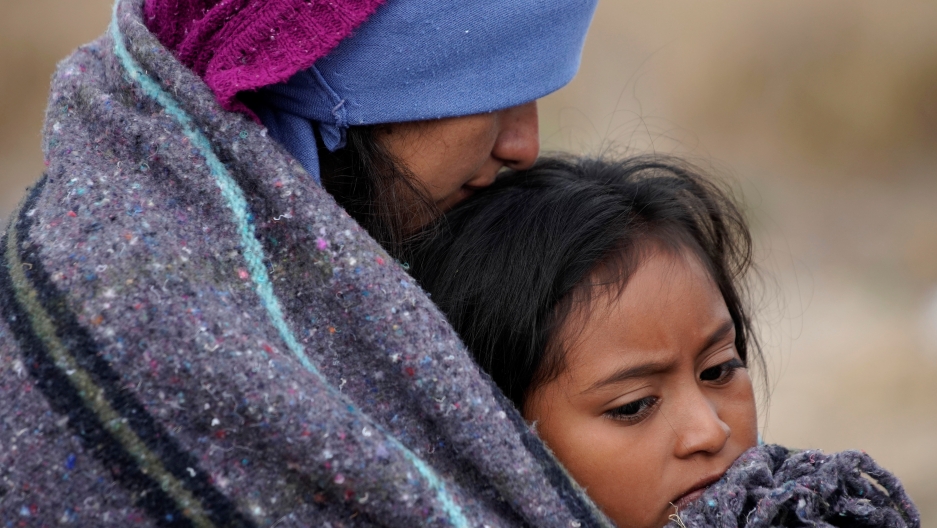 Migrant Yoselin Dias, 9, from Honduras, is held by her mother as they wait for transportation during their journey toward the United States, in Matehuala, Mexico, Feb. 3, 2019.

As people from Guatemala and Honduras continue to seek sanctuary in the US for a variety of reasons, including violence and poverty, another factor driving their migration has gotten much less attention: climate disruption.

Many members of the migrant "caravans" that made headlines during the 2018 US midterm elections are fleeing a massive drought that has lasted for five years.

The drought has hit harder in some places than in others, says John Sutter, senior investigative reporter for CNN, who went to rural Honduras to report on climate change and immigration. In the area of Central America known as the "dry corridor," for example, drought is not uncommon. But, Sutter says, some of the climate scientists he spoke with say they are seeing unprecedented effects.

“In particular, spring rains, which are incredibly important for corn crops — a staple in this region — just haven't been coming,” Sutter reports. “They're almost completely missing when you look at the average rainfall by the month. It's partly that rains have decreased; it’s partly that they've shifted and are no longer falling in the seasons when they have been so useful to farmers in the past. But it's been very troubling and created a lot of hardship.” 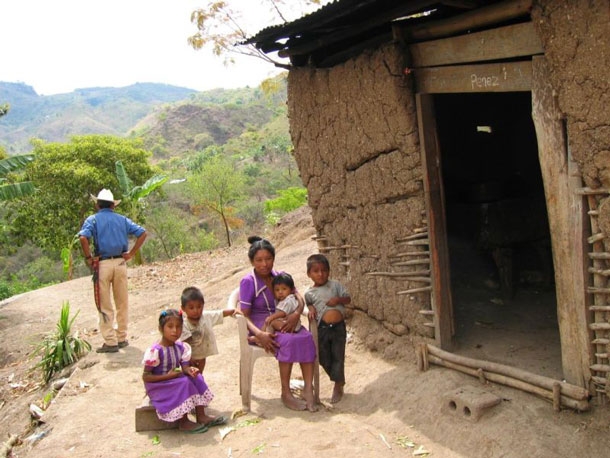 Many people who live in the dry corridor of Central America are subsistence farmers, completely reliant on what they grow for their survival. Unlike in the US and parts of Europe, there is no crop insurance or other programs to tide farmers over in bad years. Often, there are no irrigation systems, either. So, if the rains don’t fall, crops simply don’t grow.

The UN Food and Agriculture Organization says 2 million people in the region are at risk for hunger, Sutter points out.

“I think that's [something] people underestimate about the caravan, or any migration story, really, when you hear about it: It has to be really bad for you to want to flee a problem,” Sutter says. “There’s an incredible attachment to a sense of home and place, especially among people who are farmers, who are attached to the land. It's a big deal to think about leaving. That gives you a hint at how intense the situation is for many farmers.”

While President Donald Trump claims that caravans of migrants heading from Central America to the US are an “invasion” of “gang members and very bad people,” his own commissioner of the US Customs and Border Protection says that crop failure is one of the main drivers of migration.

He adds: “I wish the administration, or really anyone in Washington, would talk about this issue of migration in terms of climate change, because the projections for how many climate migrants or climate refugees there will be in the world are uncertain, and we're not preparing for that.”

If anything, Sutter says, the United States and some European countries are doing the opposite. They are putting up walls and barriers and trying to slow the movement of people — fully knowing that climate change is going to push people out their homes.

The United States has done more than any other country to cause global warming, while many of the people suffering from the worst effects of this warming have done little, if anything, to cause it, Sutter points out.

“I think it's a really important moral question we need to ask ourselves: We’re causing this hardship in parts of the world many of us may never travel through or see, but it’s real and it's causing repercussions, one of which is that people are on the move to try to make ends meet, to try to make a livelihood,” Sutter says. “It doesn't invalidate the other stories that we've heard about the caravan, but it certainly complicates them.”

Many climate experts believe the big, industrialized countries — the US, Europe, China — owe it to these people to tell this part of the story to the world.