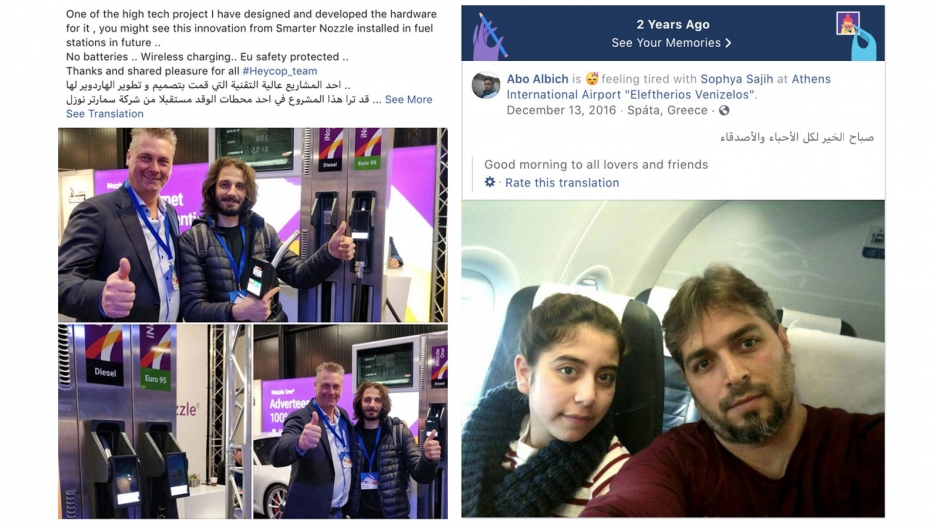 Facebook posts from The World reporter Tania Karas' feed. Eizeddin Ghosn, left, a Syrian electrical engineer now living in the Netherlands, shows off a tech project he helped develop. Ensaf, right, and her father, Bashar, on a plane to Germany after a year apart from their family. Screenshots used with permission.

These days it seems everyone is starting to #DeleteFacebook after a series of data privacy scandals. I’ve considered it, too. But there’s one reason I can’t quit: I’d lose my main window into the lives of refugees I’ve met as a journalist covering global migration.

There’s a special intensity to this beat. You spend time with people who are on a literal odyssey, one filled with uncertainty, frustration, boredom and minor triumphs. You might spend a few hours together at a border crossing or a few days hanging out and breaking bread in a camp as they figure out what’s next. You inevitably form a bond over this strange turning point in their lives, puncturing the professional distance between journalist and source.

And then they move on.

Because of Facebook, I’ve been able to watch the milestones of refugees long after parting ways. I’ve seen photos of families reuniting after war and bureaucracy kept them apart for years. I’ve hit the “love” button as people checked in to new countries after weeks or months in transit, followed by marriage engagements, new baby announcements or “first snows.” I’ve seen them mourn relatives and friends who’ve died in their home countries. Over time, their posts switch from their native languages to German, French and English as they integrate into their new homes.

From 2014 to 2017, I was a reporter based in Greece, Turkey and Lebanon, covering Syria’s exodus and Europe’s refugee crisis. The people I met had few possessions and a burning drive to reach safe northern European countries where they could restart their lives. Apps like Facebook and WhatsApp were their lifelines: It’s how they kept in touch with family and friends who’d been scattered across the region and found smugglers who would take them to Europe by boat — or plane if they could afford pricey fake passports.

Facebook was the only constant — the social media platform virtually everyone had that was accessible from any smartphone. 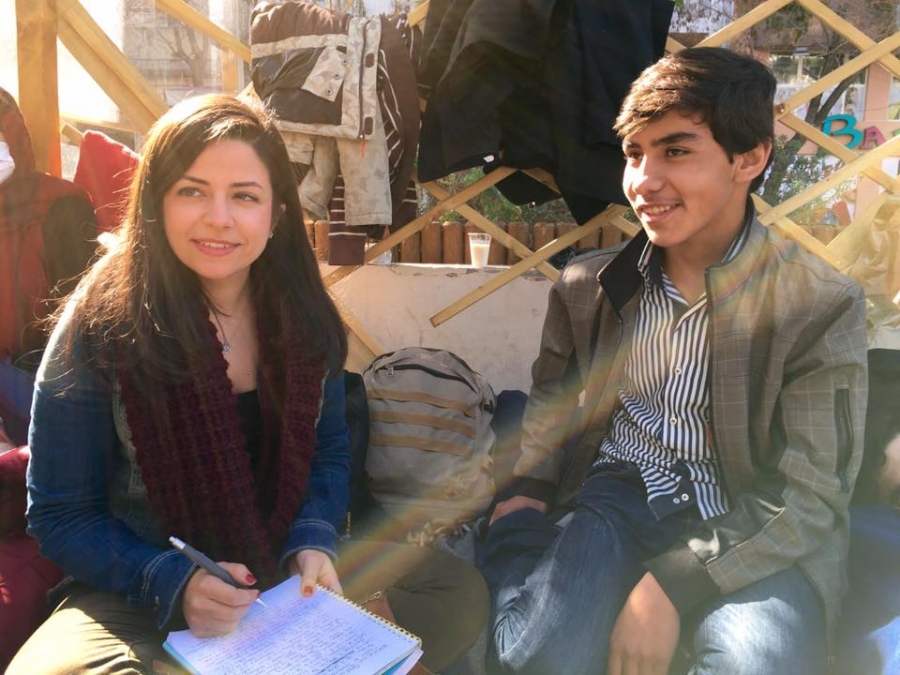 The World reporter Tania Karas interviewing Waris, a teen Afghan refugee, in Athens, Greece in 2015. They keep in touch via Facebook.

“When you’re a refugee, everyone around you is changing their numbers and switching countries. Facebook is how we keep track of each other,” my Syrian friend Eizeddin Ghosn, 29, told me last month via Facebook Messenger. In 2015, we met in Idomeni, a tiny Greek border village that had become a temporary tent city for 14,000 refugees. He’d traveled there from Yabroud, a town outside Damascus, that was once a rebel stronghold.

“Of course, we’re aware of the Facebook data and privacy issues,” said Ghosn, who is now an electrical engineer living in Amsterdam. “But for us, worrying about that would be a luxury.”

While reporting, Facebook became a critical tool for me to keep track of transient sources. It was more reliable than most other forms of communication. Cellphone theft was rampant in refugee camps, so phone numbers could be useless. Apps like Viber and WhatsApp made it tricky to save old contacts if you get a new phone or new SIM card.

So I “friended” everyone I interviewed. Almost immediately, a fuller picture of my sources emerged on my screen. I’d met them in some of their darkest moments — living in squalid camps or sleeping on the streets — but their Facebook photos gave me insight into their old lives. I saw them smoking hookahs in Damascus, or sipping coffee with a view of Aleppo’s famous citadel before the war. It was yet another reminder that “refugee” was just one slice of their identities. The refugee-crisis prism through which I shared their stories with the world was a narrow one.

Forced migration comes with bureaucratic hurdles that seem insurmountable to refugees having to contend with hostile governments. I wrote about many of these problems as a journalist. Facebook is where I saw their resolutions unfold. Two years ago, I cheered when Ensaf, a Syrian teen girl I interviewed in Greece in 2016, posted a photo of herself and her dad on a plane to Germany, where they finally reunited with her mom and brother after more than a year apart. A few months later, they posted photos of the whole family skiing for the first time. 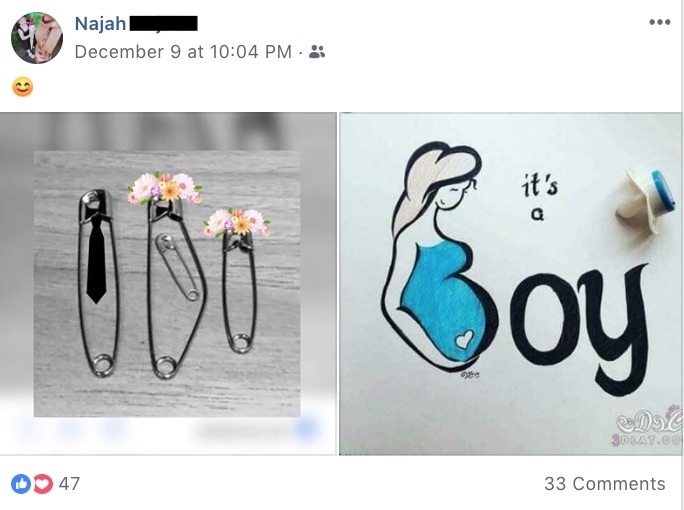 Facebook is where The World reporter Tania Karas learned Najah, a young Syrian mother she interviewed in 2016, was pregnant with her second child.

There have been other milestones, too. Facebook is where I learned Najah, a young Syrian mother who traveled alone to Europe with her baby girl, Amira, was pregnant with her second child. It’s where 14-year-old Mohammad from Afghanistan checked in to the Eiffel Tower in Paris in 2016. That was two months after I met him in Patras, Greece, where he was caught trying to stow himself in a lorry headed for Italy.

And every November, I get a Facebook Memories reminder about the death of 6-year-old Rand, a Syrian girl whose family I profiled after she was killed by an oncoming train hours after they arrived in Greece. 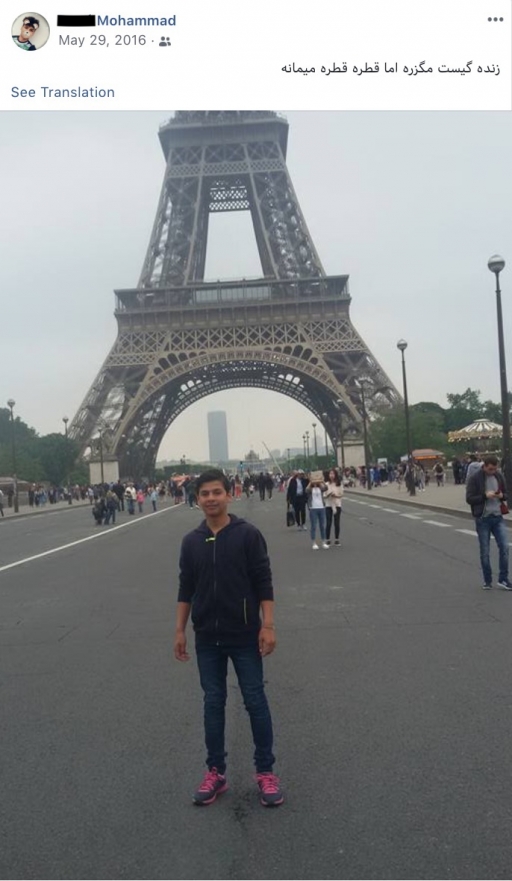 Mohammad, an Afghan teen refugee, stands beneath the Eiffel Tower in Paris after repeated attempts trying to reach Europe. Facebook is where The World reporter Tania Karas learned he had made it.

There’s a cruel irony in relying on Facebook to keep in touch with refugees. The same platform that connects us fueled one of the largest and most horrific human displacements in recent history in Myanmar. In mid-August 2017, I set out to write a profile of Chicago’s Rohingya Muslim refugee community and found my sources glued to their Facebook apps. They despaired as their feeds filled with violent images from home, where a brutal ethnic cleansing campaign had just begun. They witnessed their villages razed and families killed via Facebook Live — and later, it was revealed that Myanmar military officials used Facebook to incite hate against the Rohingya minority. It was heartbreaking to watch as members of Chicago’s Rohingya Cultural Center used the same platform to find out if loved ones had survived, and later, to raise money for aid. A full circle of hate — incitement, brutality, displacement and awareness-raising — started and ended with Facebook.

And of course, Facebook rumors have been behind anti-refugee attacks in Germany, which took in over 1 million refugees in the past few years. Facebook played in an enormous role in accelerating Europe’s refugee crisis in the first place — it helped spread German Chancellor Angela Merkel’s August 2015 “refugees welcome” speech far and wide — and viral Facebook posts also spurred some Central Americans to join recent migrant “caravans” to the United States. The tool that aids human migration is simultaneously a public square tainted by hate speech that drives people further apart.

But for now, I can’t delete it. It’s where I’ve built an ecosystem of contacts that don’t easily transfer to any other social network. It’s challenged the imaginary boundary between myself and my sources, prompting me to view them on a person-to-person level. The process of migration, like social media, is ephemeral. For better or worse, Facebook is where I get to see what happens next in their stories.