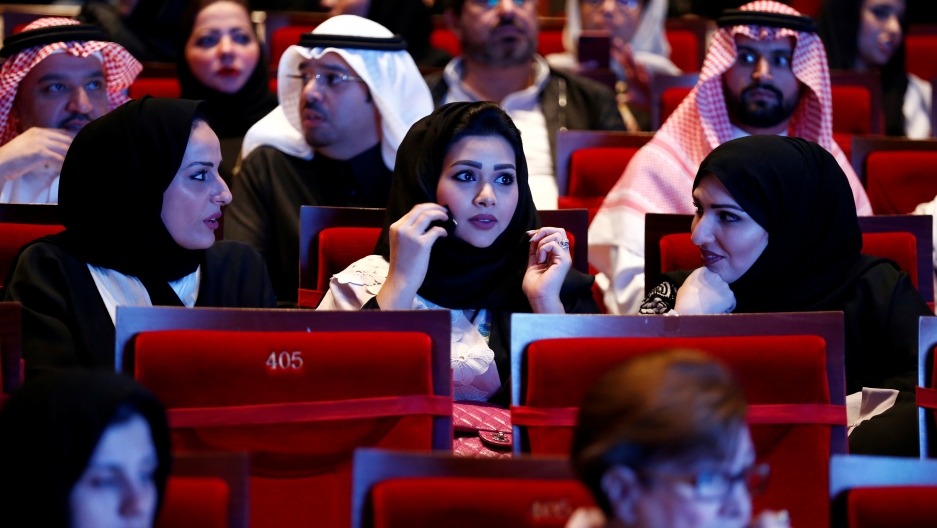 If you’re thinking about a place to have fun, it’s probably not Saudi Arabia.

These days the kingdom, especially its Crown Prince Mohammed bin Salman, is linked to last October's brutal murder and dismemberment of Saudi journalist Jamal Khashoggi. Then there's Saudi's role in creating the brutal humanitarian crisis in Yemen. And the monarchy itself is not exactly admired: To many, the House of Saud is a very large and rich family who run the country like a fiefdom, with little interest in democracy.

Mohammed bin Salman is well aware of his country's reputation. Even before the Khashoggi murder, he'd committed $64 billion over the next 10 years to entertainment in Saudi Arabia. He wants to turn the kingdom into a fun place. 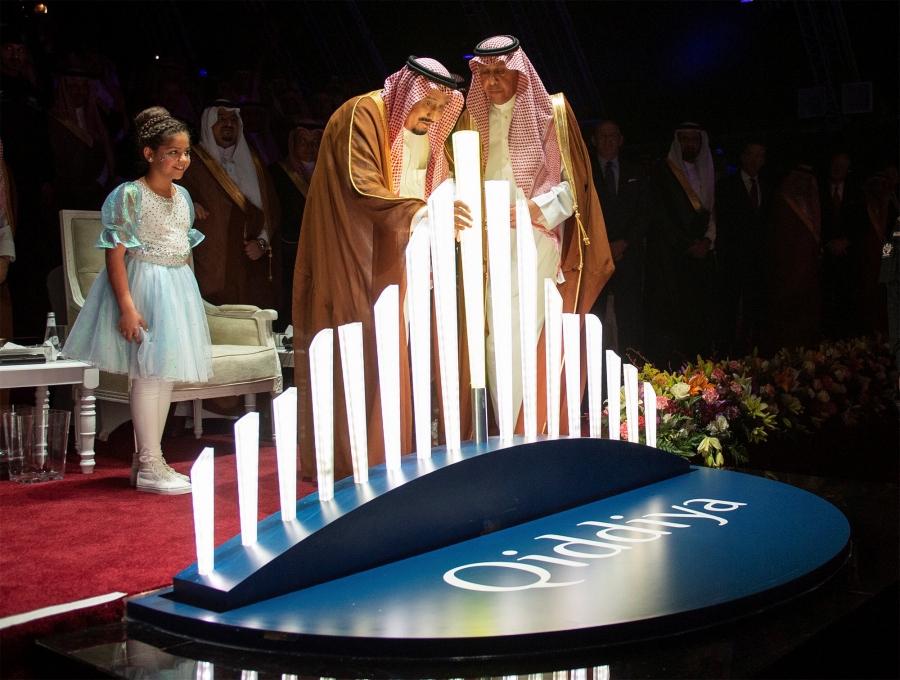 Saudi Arabia's King Salman bin Abdulaziz al-Saud takes part in the official announcement of Qiddiya, a multibillion-dollar entertainment resort being built outside Riyadh, Saudi Arabia, in April 2018. It will be more than twice the size of Disney World.

In 2016, his father, King Salman bin Abdulaziz al-Saud, used a royal decree to create the General Entertainment Authority (GEA) to organize and plan all the fun. Several hundred movie theaters are planned — the ban on them lifted in 2018. Their other marching orders include themed attractions, shows and performance arts, culture, nature, sports and sightseeing.

There's a project to turn dozens of islands in the Red Sea into a sprawling, visa-free luxury resort destination. That effort suggests that at least some of this new fun will be geared toward tourists and expats without the constraints of Saudi’s deeply conservative society: Women must cover up in public, gender segregation is the norm and alcohol is forbidden.

But Saudi observers believe Mohammed bin Salman's real interest is to cheer up Saudis themselves. Sixty percent of them are under 30. And they’re really bored.

"This is a security initiative in some ways," said Karen Young, who studies the Saudi economy at the American Enterprise Institute. "You think about the grievances that drove the Arab Spring protest in 2011 [and] a lot of it was about social isolation, especially among young men. [They had] a feeling that they followed the rules, they went to school. They graduated, but they couldn’t get a job. They couldn’t get married. They couldn’t have those signals of kind of moving forward in their lives."

Young says Mohammed bin Salman needs to get young Saudis on his side to fulfill his Vision 2030.

It's an ambitious plan to wean the kingdom off of oil, create a home-grown diversified knowledge economy and along the way, contribute to a new, "can-do" and proud Saudi identity. And he can't do that if the kingdom's vast, under-30 population associate fun with going elsewhere. In 2018, Saudis spent around $21 billion outside the kingdom, mostly in Dubai.

To recapture that money and win the hearts of young Saudis, Mohammed bin Salman appears to be trying to bring a little bit of Dubai to Saudi Arabia.

The GEA's event calendar is packed. In the past few years, Saudi Arabia has offered cultural festivals and kids' events. They've also brought in Western acts like Cirque du Soleil, which created a production just for Saudi Arabia (though after the Khashoggi murder, some Cirque du Soleil performers wanted to cancel). There have been car races, Saudi Arabia's first Comic Con (more are planned), and its first-ever fashion week.

#CirqueDuSoleil✨
The global phenomenon making their debut of the astonishing show
TORUK – The First Flight!
Inspired by James Cameron’s masterpiece #AVATAR
At Granada Mall, #Riyadh
Starting December 17 and for 12 days
Attendance is available for both genders pic.twitter.com/hmQFiFlJ0i

Young Saudis are noticing. A 26-year-old woman who asked that we not identify her by her real name says she is delighted by the changes.

The young woman is from a nearby Arab country and moved to Saudi Arabia four years ago after marrying a Saudi man.

"I do have a lot of Saudi friends who are very happy," she said. "And they want more. They're always asking for more, and they say: 'What's yet to come? How can it be freer?'"

The woman and her husband went to the kingdom’s first-ever comedy club recently. And she was surprised by what the comedians talked about.

"They talked about cultural norms, which was a taboo topic around here," she said. "Like how their families treat them, how their families look at this new generation. About women, women rights. Women’s rights was very off-topic. I mean, we have never heard of that. Finally, women can drive, and you know certain jokes about it. This is something that we have never even heard about. It was something we never even dared to talk about."

#LIVE: #BlackEyedPeas (@bep) - "We came to #SaudiArabia for the love of music and bringing people together" #AdDiriyahEPrix (@FIAFormulaE)

"This notion that Saudi Arabia is opening up, I’m sorry to point out, the fact is — it’s an illusion," said Nasser Weddady, an activist with the Human Rights Foundation, which led the campaign to get the Western acts to bow out in protest.

Weddady said these efforts at “fun” by the Saudi government are all an act.

"It’s an act to create the illusion that Saudi Arabia all of a sudden is this open and welcoming place," Weddady said. "The problem is it’s not an open and welcome place for the natives, the citizens of SA, who are being thrown in jail for the simple act of tweeting something that somebody in the government doesn’t like."

Shouldn’t the #BlackEyedPeas, once labeled “the band with a conscience,” be advocating for the release of the thousands of judges, journalists, and civil society leaders who have been imprisoned by #MBS rather than taking money to play a concert for a murderer? @scooterbraun @bep pic.twitter.com/7Z2CFwfv8m

Aisha agrees that there has been little to no reform where freedom of speech is concerned. "It’s still limited. I mean you cannot have an opinion where the government does not approve it."

But despite her reservations, she finds herself rooting for Mohammed bin Salman’s reforms. He’s clipped the authority of the religious police. At least in big cities like Riyadh and Jeddah, they’re not on the streets scolding women, anymore. And in the workplace, in her own workplace, she has seen dramatic change.

"Organizations used to have separate places for men and women in the same job," she said. "Now, companies are opening up because they’re like, 'We cannot have women have their own offices and not deal with men or only via emails and telephones. You have to see them personally. You have to go and talk to them. You have to go to presentations.' This is something that we never saw before.”

But some things are taking longer to change. Last summer, a Saudi woman experimenting with her newfound freedom went to a concert. That's allowed now. She rushed to the stage to hug the performer, a popular singer from Iraq.

She was pulled off the stage and detained.