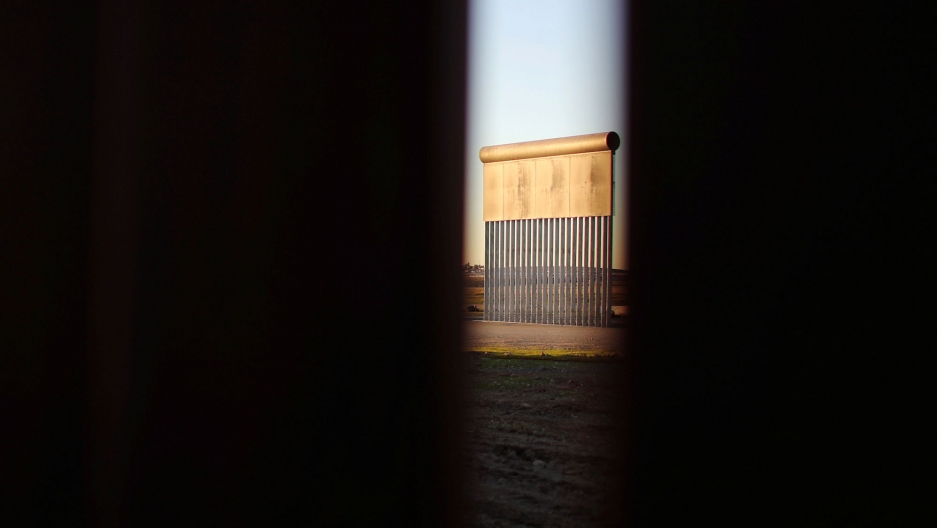 Exactly two years ago, US President Donald Trump took a first step toward fulfilling his signature campaign promise to “build the wall” across the 2,000-mile southern border. Today there is no Trump wall, and Trump shut down the government for 35 days over funding that wall — funding he still hasn't received. How did we get here?

Let's look back at some of what's happened with the wall and at the US-Mexico border over the past two years:

Jan. 25, 2017: Trump signs an executive order to define his policy on building a wall at the border. Executive Order 13767 calls for the secretary of Homeland Security to “develop long-term funding requirements for the wall, including preparing Congressional budget requests for the current and upcoming fiscal years.”

April 2017: Trump threatens a government shutdown over border wall (sound familiar?), but Congress approves a measure to keep the government open on April 28 — one day before Trump's 100th day in office.

Aug. 27, 2017: As Mexico pledges support to American victims of Hurricane Harvey, Trump reiterates his false promise that Mexico will pay for the wall “through reimbursement/other.”

With Mexico being one of the highest crime Nations in the world, we must have THE WALL. Mexico will pay for it through reimbursement/other.

If we don’t have a wall system, we’re not going to have a country. Congress must fund the BORDER WALL & prohibit grants to sanctuary jurisdictions that threaten the security of our country & the people of our country. We must enforce our laws & protect our people! #BuildTheWall pic.twitter.com/NGqNueukvj

March 28, 2018: Trump misleadingly tweets about construction on the border wall. The images are from a reconstruction project started in 2009.

These pictures are actually from a project, which started in 2009, to replace already-existing portions of a wall along Calexico, California https://t.co/asNjgDFsYR pic.twitter.com/jUk8dPlUfV

April 2018: A migrant “caravan” arrives at the border seeking asylum.

June 20, 2018: Trump issues an executive order to keep children and parents in detention together.

Oct. 29, 2018: Citing a "crisis" at the border linked to an approaching migrant "caravan,"  Trump sends 5,200 troops to the southern border, prompting unease. With only eight days to go before the 2018 midterm elections, Democrats accuse Trump of using the military to sway voters.

Nov. 19, 2018: A federal judge blocks Trump's limits on asylum-seeking for migrants crossing outside of checkpoints.

Nov. 25, 2018: US officials fire “non-lethal weapons” across the southern border into Mexico, tear gassing women and children and drawing ire from Mexican officials. 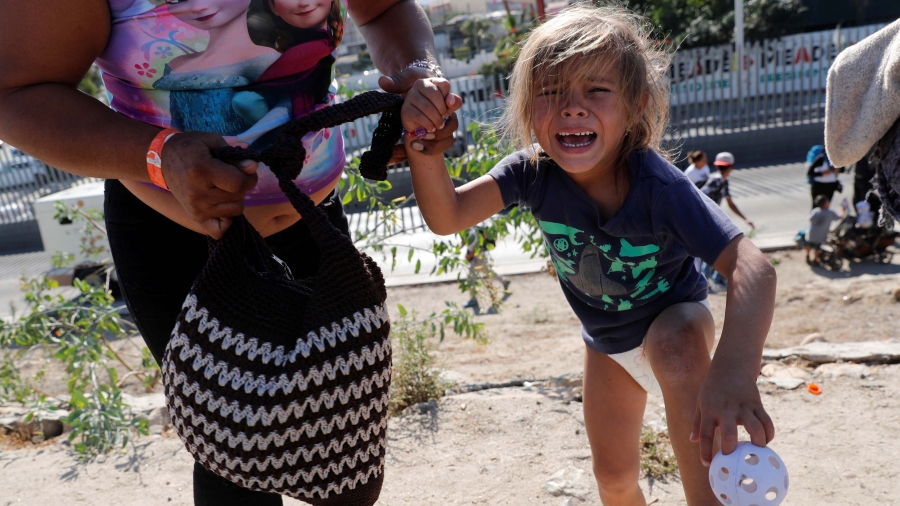 Cheili Nalleli Mejia Meza, a five-year-old girl from Honduras, part of a group of thousands of migrants from Central America trying to reach the United States, cries as she holds the hand of her mother, Maria Lila Meza Castro, 39, after they ran away from tear gas released by US Border Patrol near the border wall between the US and Mexico, in Tijuana, Mexico, Nov. 25, 2018.

Dec. 11, 2018: Trump meets with Speaker of the House Nancy Pelosi and Senate Minority Leader Chuck Schumer over government funding, saying, "I am proud to shut down the government for border security, Chuck. … I will take the mantle. I will be the one to shut it down.”

Dec. 19, 2018: A US judge strikes down Trump administration policies aimed at restricting asylum claims by people citing gang or domestic violence in their home countries.

Dec. 20, 2018: Homeland Security Secretary Kirstjen Nielsen announces the Migrant Protection Protocols policy, widely known since last fall as “Remain in Mexico.” The US government is expected to begin piloting the program in San Ysidro in the San Diego region on Jan. 25.

A design of our Steel Slat Barrier which is totally effective while at the same time beautiful! pic.twitter.com/sGltXh0cu9

The Wall is the Wall, it has never changed or evolved from the first day I conceived of it. Parts will be, of necessity, see through and it was never intended to be built in areas where there is natural protection such as mountains, wastelands or tough rivers or water.....

Jan. 25, 2019: The partial government shut down ends on its 35th day, but federal workers will still miss a second paycheck. The partial shutdown — the longest in US history — was sparked over funding for the border wall. As it ends, there is still no funding in place for Trump's wall.

Next: A giant border wall between the US and Mexico? Here are five images that show how complicated that would be.