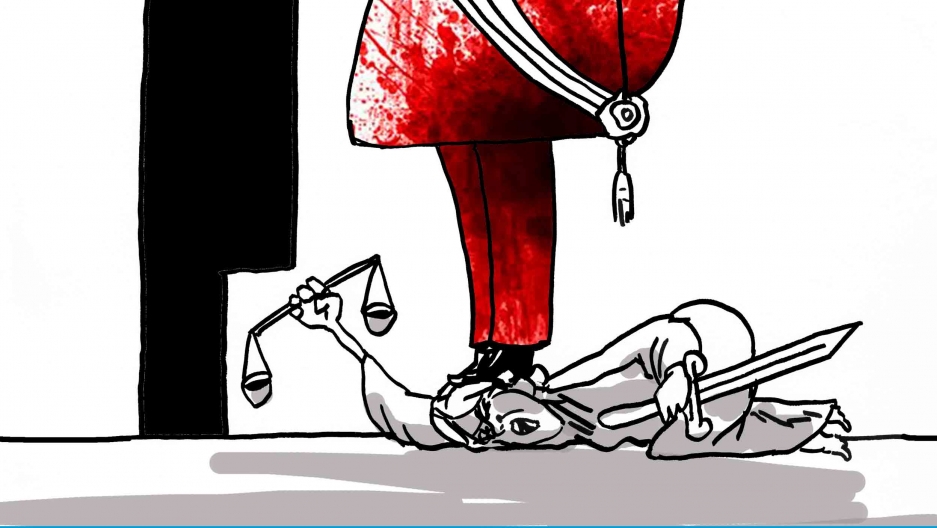 Venezuela is in turmoil this week after a series of dramatic events. Venezuelan President Nicolás Maduro told followers he was breaking political and diplomatic relations with the United States. Just hours before, Juan Guaidó declared himself the interim president of the country. The United States and Brazil, among other countries, recognized Guaidó as president. The streets of Caracas were plugged with mass demonstrations that turned violent.

Here are the reactions of three Venezuelan cartoonists, two of whom are living in exile in the US.

Roberto Weil left Venezuela in 2014 after one of his drawings was removed from national newspaper Últimas Noticias. He lives in Miami.

Weil believes the two-president standoff in Venezuela has effectively forced the issue.

"This has now become a clear geopolitical issue," he said. "It is the free-democratic system against the tyrant-communist system. The tyrant-communist system in the American continent, which includes the Castrismo (Cuba), the Chavismo (Venezuela), Farc (Colombia-Venezuela), Daniel Ortega (Nicaragua), Morales (Bolivia) and now, just starting, López Obrador (Mexico), has become a real threat to the free-democratic system in our continent, and serious actions are starting to be taken."

It's been easy for Weil to follow events in his home country from exile. There's the internet and there's also a particular radio station, Radio Caracas Radio (@rcr750 on Twitter). "I can listen to Venezuelan's opinions and to the citizens that call the radio program and tell their stories," he said.

Because of the censorship of news and the repression in Venezuela, Weil says sometimes he's "better informed about the Venezuelan situation here in Miami than in Venezuela. Being in exile now is very different than in the pre-internet era."

Rayma Suprani is a Venezuelan cartoonist who was fired from El Universal in 2014 for a cartoon criticizing the health care system that included Hugo Chavez's signature. She now lives in Miami. This cartoon is a call for Venezuelans to take part in the mass protests that took place across the country on Jan. 23. "Enero" is the Spanish for January. 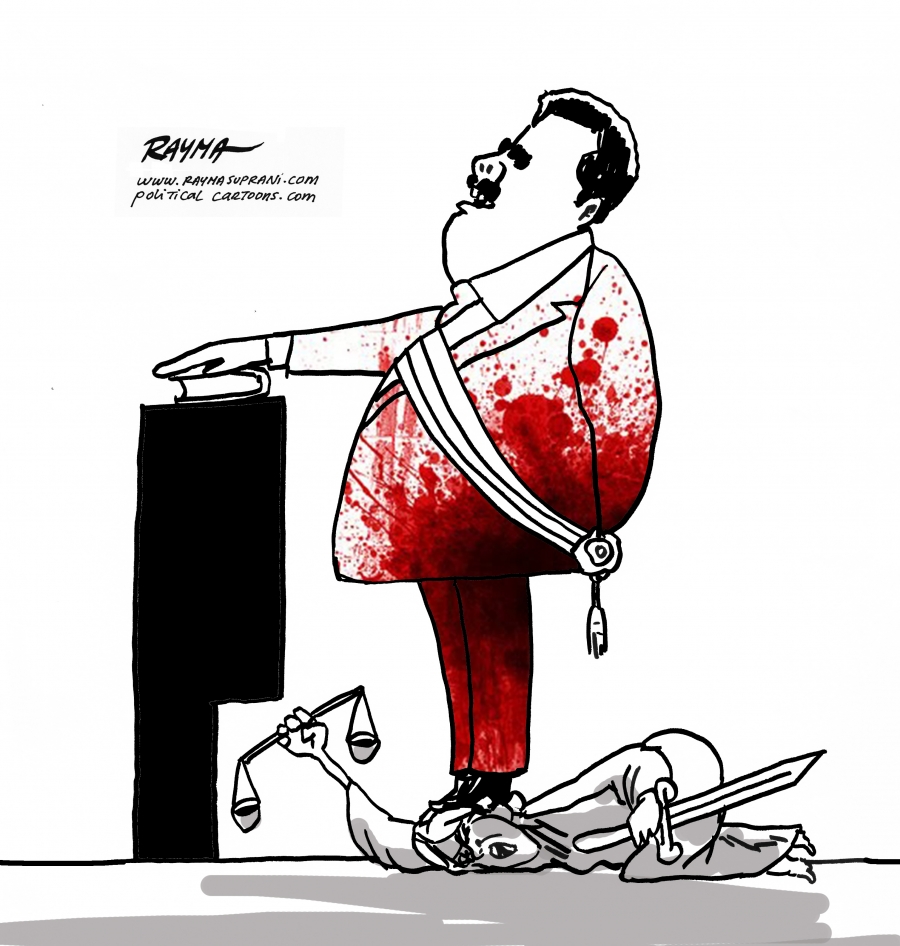 On Martin Luther King Jr. Day, Rayma Suprani linked the "I have a dream" speech to Venezuela: "Venezuelans have a dream!"

Fernando Pinilla lives in Venezuela and publishes his work at Diario Las Américas in Miami, Caraotadigital.com and the NGO "Un mundo sin mordaza." The older wise one in this cartoon is saying, "I promise you will see a free Venezuela."

This is Fernando Pinilla's two-frame indictment of Venezuela's Nicolás Maduro. In the top frame, Maduro says, "Here's the right way to respond to people who are protesting for democracy, food and medicine."