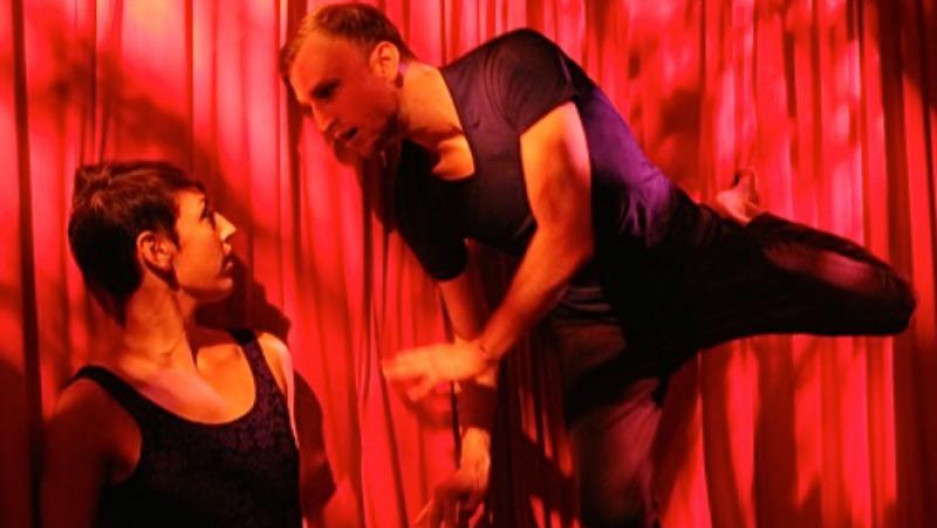 If you’re one of those people who’s shy about audience participation, you should steer clear of Jody Oberfelder Dance Projects’ “4Chambers.” Or better yet, don’t. One of the dancers will pull you in, and take you on an intimate trip through a metaphorical heart.

“I love it when people come in and they’re really resistant,” Oberfelder says, “and you see the dancers crack their code. You can’t be all over them and start to climb them like a tree — they’ll freak. So the directive there is ease into it. Don’t sneak up from behind. Put your shoulder next to them, just let a soft touch happen first. Then they’ll see, ‘Oh, it’s just skin.’”

The piece has its origin in a conversation between Oberfelder and Holly Andersen, a cardiologist in New York. Andersen mentioned that she tells all her patients to dance. “What’s great about dancing is, it’s to music, it’s fun, it takes posture, it takes aerobic activity,” Andersen explains. “If you’re really doing a dance it takes memory. And if you’re doing it with other people, it takes social skills. Dancing is the perfect activity.”

“4Chambers” premiered in New York in 2013, and later was performed in an abandoned wing of a Brooklyn hospital; the company transformed a tiled room formerly used to prepare bodies of dead patients. The work is a kind of hybrid of a dance piece and a science project, with videos about the heart — including the choreographer Ishmael Houston-Jones describing his own heart attack — and a room in which audience members are hooked up to a device that measured changes in their heart rates when they were asked difficult questions.

But the company members do dance, most memorably in a visceral sequence that seems to depict a cardiac arrest. “I begin looking down at my chest and digging,” dancer Mercedes Searer describes, “pulling the skin apart at the breastbone, digging my fingers in as if trying to get past the bone, into my chest.”

“There are places [in the piece] to reflect on what is a life,” Jody Oberfelder explains. “That’s where I am in my life right now. It’s not going to last forever. The heart is an apt metaphor for what keeps you alive and for all emotions. Even though the heart doesn't think, it definitely registers what you’re thinking and feeling.”

“4Chambers” was the first part of a trilogy exploring the human body. The final installment, “Madame Ovary,” will premiere in May.