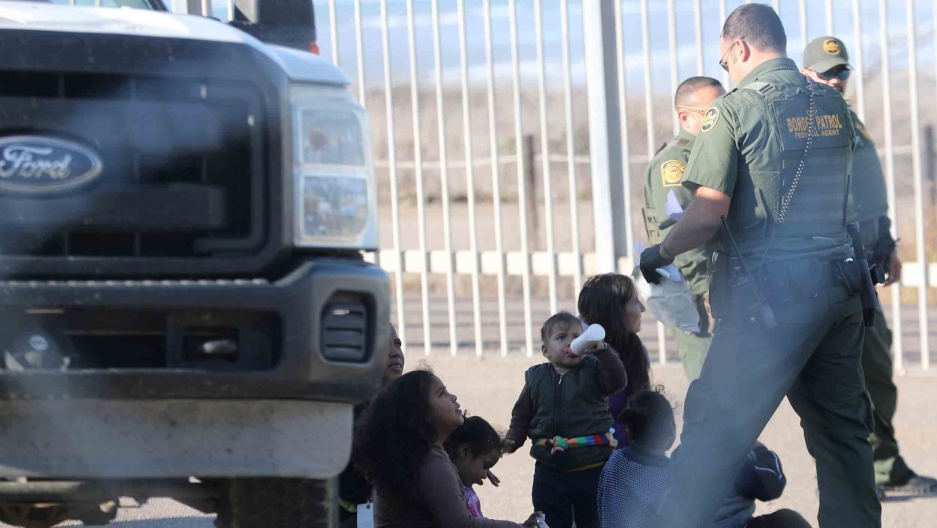 US Customs and Border Protection officials detain a migrant woman and children, part of a group of thousands from Central America trying to reach the United States, after they crossed illegally with other migrants from Mexico to the US at International Friendship Park, in San Diego, in December 2018. The Southern Poverty Law Center is leading a class-action lawsuit accusing the US Office of Refugee Resettlement of sharing information with Immigration and Customs Enforcement about family members who come forward to sponsor detained children.

A government report released this week says that perhaps thousands more migrant children were separated from their parents at the southern US border than was previously understood.

The Southern Poverty Law Center is leading a class-action lawsuit filed on behalf of 10,000 migrant children that accuses the US Office of Refugee Resettlement (ORR) of sharing information with Immigration and Customs Enforcement about family members in the US who come forward to sponsor detained children.

If the sponsor is undocumented, it can have a chilling effect.

Mary Bauer is the SPLC's lead attorney on the case. She spoke with The World's Marco Werman about the lawsuit. The policy isn't about protecting kids, she says — adding that a Trump administration memo makes that clear.

Mary Bauer: We know that this was intentional because a memo leaked last week reveals, in black and white — in writing — that this was the precise intention of the policy. It was for the purpose of arresting and deporting sponsors and deterring people from coming to the United States in the first place. So, it is essentially a policy using children as bait to catch their parents.

Marco Werman: So, the Trump administration said back in December that it relaxed its fingerprinting policy. But this lawsuit says that's not true. 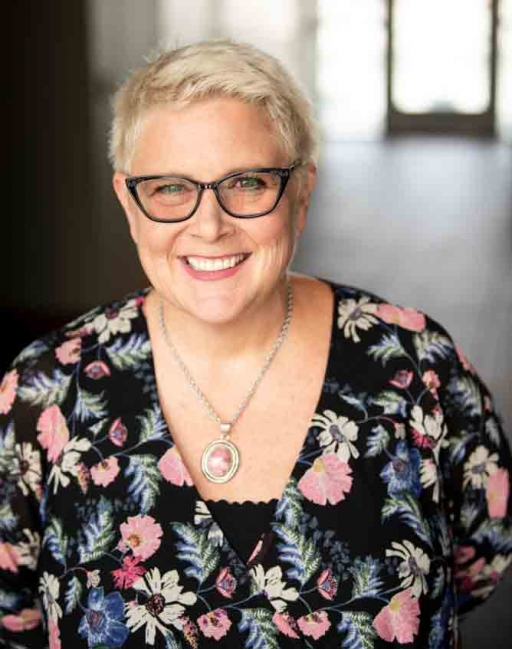 Now, they did relax their fingerprinting policy, and some kids got out as a result.

What they did was say, "We are no longer going to require fingerprinting from every member of the household in every circumstance." And so, as a result of that, some kids did get out. Several thousand kids got out in December. The population was reduced from 15,000 to just under 11,000. But ORR still has unfettered discretion to require fingerprinting, to require home studies. They do that in many cases; they're still fingerprinting sponsors and most importantly, they did not change the policy — the memorandum of agreement between ICE and ORR — that says that all information that is shared with ORR will be turned over to ICE.

And so, that means that the information that is being collected ostensibly to help children is now being weaponized and being used against those families.

But isn't collecting fingerprints a way to screen migrants, and shouldn't that be required of the government to do?

In the past, fingerprints have only been used and have only been required when there was some sort of red flag or concern about the identity or background of the sponsor. These are kids, often in their teens, they know who their parents are. They know who their relatives are. In most of these cases, there's absolutely no reason to lock up a child for months waiting for biometric information to come back. There's just no need to do that. And the effect on children is devastating and traumatizing.

So, maybe you can give us one example of one child, one case that shows what's at stake with this policy and what your lawsuit is trying to deal with?

Yeah, I'll tell you about a child that we refer to only by his initials, JATL. JATL is an 11-year-old child who crossed into the United States back in August, near Hildalgo, Texas, with his uncle. He was detained around Aug. 27. And he is still in detention. He is in detention despite the fact that his mom and his aunt are both willing to be sponsors. There are no concerns of abuse. There are no concerns of trafficking. There is no reason this child has not been released and yet, he has not been. And an 11-year-old child who now has anxiety, depression, nightmares as a result of being locked up, is still locked up for five months. There was a psychiatric evaluation done back in November that recommended he be reunited with his family as soon as possible, and he is still detained.

That is clearly not a good story. How is this policy under Trump different than what the Obama administration would have done?

Under the Obama administration, information provided to ORR was not shared with ICE. So, parents did not have to choose between helping their child and destroying a family and risking deportation. The way that this information is being shared is an abomination. It is really using children to deport their parents. And in one case, we've spoken with a child whose father was deported as a result of this process. Imagine how traumatizing that is for a child to know — that it was his father's concern and love for him that caused him to come forward, and that resulted in him being deported.

Editor's note: This interview has been edited and condensed for clarity.