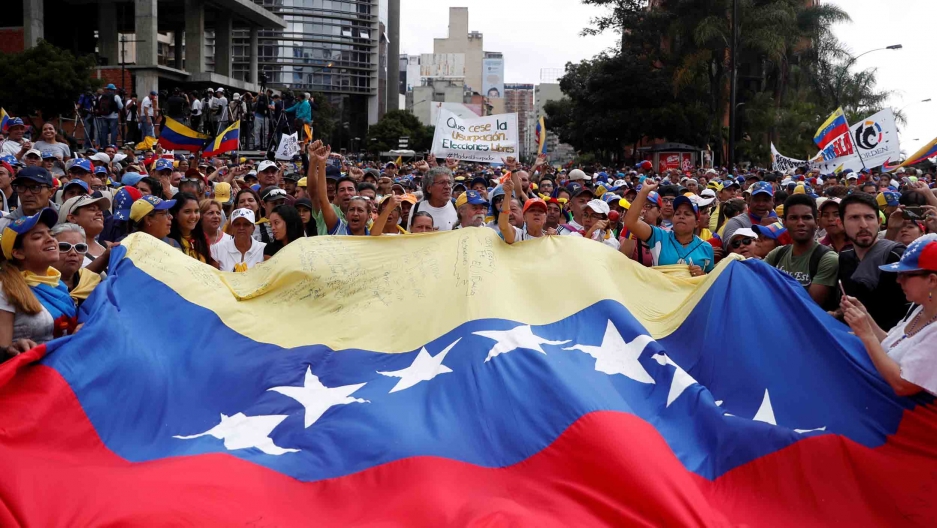 Opposition supporters take part in a rally against Venezuelan President Nicolas Maduro's government and to commemorate the 61st anniversary of the end of the dictatorship of Marcos Perez Jimenez in Caracas, Venezuela on Jan. 23, 2019.

Venezuelan opposition leader Juan Guaidó declared himself interim president on Wednesday, winning over the backing of Washington and many Latin American nations and prompting socialist Nicolas Maduro to break relations with the United States.

US President Donald Trump formally recognized Guaidó shortly after his announcement and praised his plan to hold elections. That was swiftly followed by similar statements from Canada and a slew of right-leaning Latin American governments, including Venezuela's neighbors Brazil and Colombia.

In response, Maduro announced that US diplomats have 72 hours to leave the country. 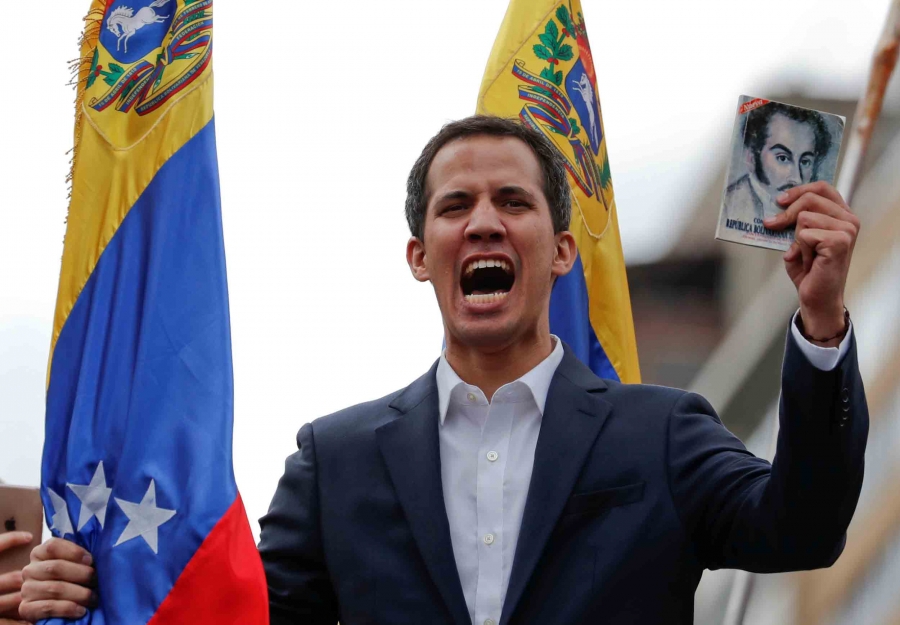 Juan Guaidó, President of Venezuela's National Assembly, holds a copy of Venezuelan constitution during a rally against Venezuelan President Nicolas Maduro's government and to commemorate the 61st anniversary of the end of the dictatorship of Marcos Perez Jimenez. Guaidó declared himself interim president, promising 'an end to the usurpation' in Venezuela.

At a rally that brought hundreds of thousands of Venezuelans into the east of Caracas, Guaidó said Maduro had usurped power and promised to create a transitional government that would help the country escape its hyperinflationary economic collapse.

"I swear to assume all the powers of the presidency to secure an end to the usurpation," 35-year old Guaidó, the head of the opposition-run congress, told an exuberant crowd.

Guaidó's declaration takes Venezuela into uncharted territory, with the possibility of the opposition now running a parallel government recognized abroad as legitimate but without control over state functions.

In a televised broadcast from the presidential palace, Maduro accused the opposition of seeking to stage a coup with the support of the United States, which he said was seeking to govern Venezuela from Washington. 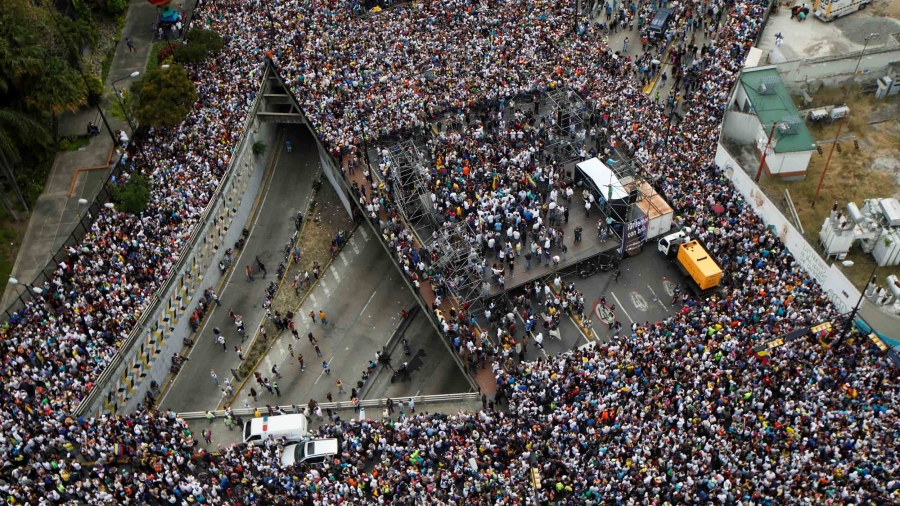 Tens of thousands turned out for the opposition rally against Venezuelan President Nicolas Maduro's government in Caracas.

"We've had enough interventionism, here we have dignity, damn it! Here is a people willing to defend this land," said Maduro, flanked by top Socialist Party leaders, although the defense minister and members of the military high command were absent.

Any change of government will rest on a shift in allegiance within the armed forces. So far, they have stood by Maduro through two waves of street protests and a steady dismantling of democratic institutions.

The office of Defense Minister Vladimir Padrino did not answer a phone call seeking comment.

Maduro started a second term on Jan. 10 following a widely-boycotted election last year that many foreign governments described as a sham.

Venezuela's constitution says if the presidency is determined to be vacant, new elections should be called in 30 days and that the head of congress should assume the presidency in the meantime.

However, the pro-government Supreme Court has ruled that all actions taken by congress are null and void and Maduro's government has previously accused Guaidó of staging a coup and threatened him with jail.

Guaidó's political mentor, Leopoldo Lopez, was arrested in 2014, one of dozens of opposition activists and leaders the government jailed for seeking to overthrow Maduro through violent street demonstrations in 2014 and 2017.

"I will continue to use the full weight of United States economic and diplomatic power to press for the restoration of Venezuelan democracy," Trump said in his statement.

The Trump administration could impose sanctions on Venezuelan oil as soon as this week, according to sources. The South American country has the largest crude reserves in the world and is a major supplier to US refiners, though output is hovering near 70-year lows and reaction in the oil markets was muted on Wednesday.

Maduro has presided over Venezuela's spiral into its worst-ever economic crisis, with hyperinflation forecast to reach 10 million percent this year. Some 3 million Venezuelans have fled abroad over the past five years to escape widespread shortages of food and medicine.

In a potent symbol of anger, demonstrators in the southern city of Puerto Ordaz on Tuesday toppled a statue of late socialist leader Hugo Chavez. They broke the statue in half and dangled part of it from a bridge.

"We need freedom, we need this corrupt government to get out, we need to all unite, so that there is peace in Venezuela," said Claudia Olaizola, a 54-year-old saleswoman on a march in the eastern Chacao district, a traditional opposition bastion.