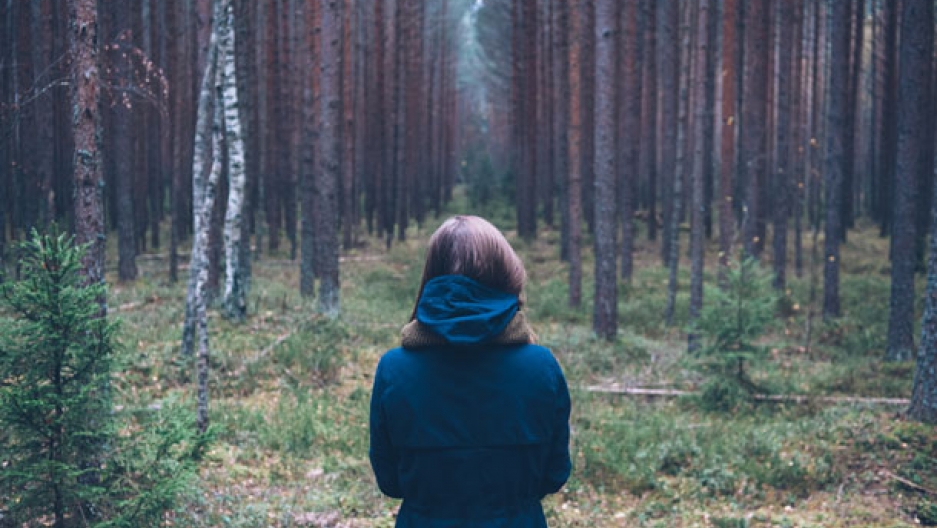 Studies show that "forest bathing," or shinrin-yoku as it is known in Japan, has many health benefits.

When is the last time you took a walk in the woods? Numerous studies suggest that taking in the peaceful atmosphere of a forest can have significant health benefits. Now, the practice of “forest bathing” is becoming more popular around the world.

“The first forest bathing started in Japan in the 1980s as a form of preventative health care,” said Moshe Sherman, a medical qi gong therapist who leads regular forest bathing outings. “The idea is that in order to balance the stress of urban life, we need to expose ourselves to nature. It's very simple: Just get yourself into nature and be present.”

The Japanese tradition in which practitioners spend meditative time breathing in nature is known as shinrin-yoku. It differs from walking or hiking in subtle but significant ways, Sherman says.

“We don't have a destination in mind, and we don't rush. Just like when we take a bath in hot water, we settle in and relax,” he said. “We can talk, but it's not a time to talk about work, like we might during a walk with a friend, or to complain about relationships. It’s a time to go inward.”

“The idea is that in order to balance the stress of urban life, we need to expose ourselves to nature. It's very simple: Just get yourself into nature and be present.”

In the urban environment, people often put up what Sherman calls “energetic shields” to protect themselves from the battering of city life. Being out in the forest is a chance for those shields to come down, he says.

“Forest bathing” has been widely researched, mostly in Asia and Europe, Sherman notes. A review published in the summer of 2017 analyzed 143 research studies and noted the likely benefits of forest bathing to the human cardiovascular system, the respiratory system and, perhaps most importantly, to the immune system. One 20-minute session of forest bathing led to an increase in a type of white blood cell called NK cells, or natural killer cells — cells that protect humans from viruses and even from tumor formations.

Plants and trees give off organic compounds called phytoncides, which help protect them from parasites and disease. These compounds are also beneficial for human health, according to some research. “When we're around trees, and we're around plant life, we're breathing those in,” Sherman said.

Scientists, and Sherman, too, have also noted the psychological benefits of the practice.

Related: How working the land is helping US war veterans heal

“People usually feel more relaxed, more present, and when you start to talk to people, you realize that they're processing some heavy stuff that they're going through in their lives,” Sherman said. “It helps them with that. People report feeling better overall. People are chatty, which is always a good sign after a healing session or after a group event when people feel chatty. It means the energy is flowing; it means they're feeling uplifted and feeling open to sharing and receiving.”

What’s more, once you’ve learned how to forest bathe, you can do it anytime.

“It’s more fun when you do it with a group, but you can do it yourself once you know how to do it,” he said. “It's like that saying: ‘Give a person a fish, they eat for a day; teach them how to fish and they can eat forever.’ I think forest bathing is so essential to modern life and to creating balance and health in the modern environment.”

This article is based on a report by Kara Holsopple of The Allegheny Front that aired on PRI's Living on Earth with Steve Curwood.