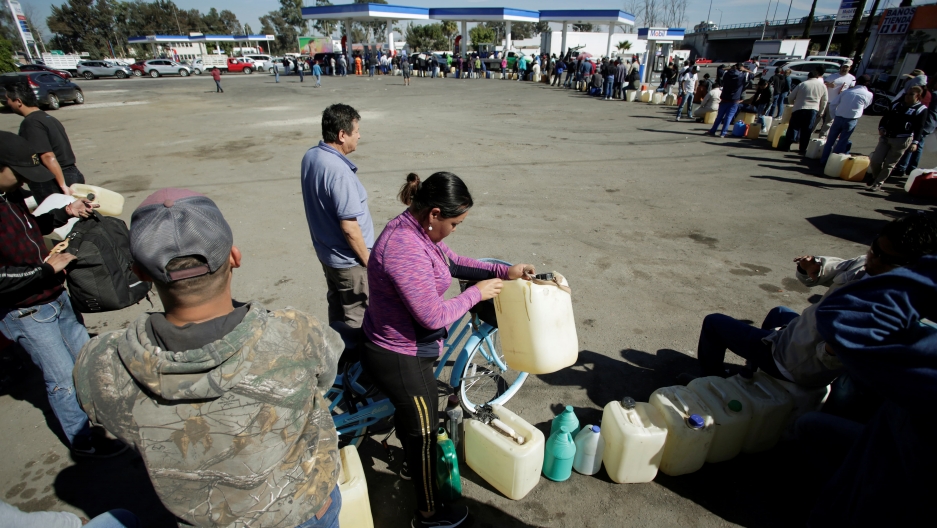 People queue to buy gasoline at a gas station after an offensive by Mexico's government against fuel theft at one of the country's main refineries has led to days of shortages at gas stations, in Salamanca, Guanajuato state, Mexico, Jan. 8, 2019.

Mexican president Andrés Manuel López Obrador came into office promising to end massive fuel imports from the US and to bring down prices at the pump. Instead, two months into office, the country is facing a massive gas shortage that threatens to dampen the economy.

The shortages, stemming from López Obrador’s fight against fuel thieves, have dominated Mexican media over the last week. Around the country, motorists are waking up at 4 a.m. to try and fill their tank. What began as an inconvenience — longer lines at the gas station — is dragging into its second week. The effects are being felt in ways both big and small.

“All last week, we were waiting an hour and a half on average to fill the tank,” said Jose Enrique Espinosa, who works for a construction company. 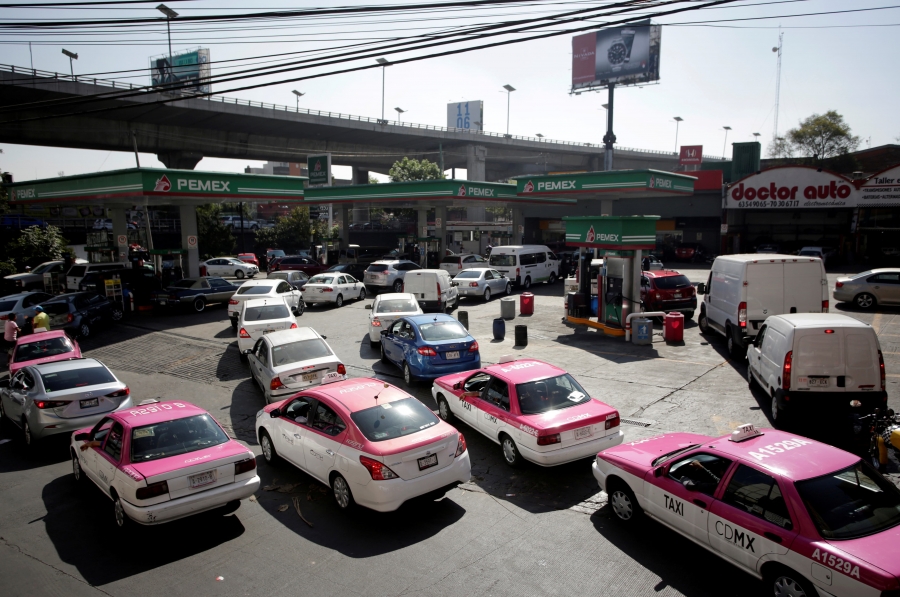 Bonnie Hulkower, who is visiting from Los Angeles, said she wanted to see the monarch butterflies, about a 90-minute trip outside Mexico City. A local friend was going to take her but then canceled — the friend didn’t want to risk the trip because of the gas shortage.

“I also decided not to go because it seemed too tricky to depend on a taxi with all that’s going on,” Hulkower said.

On Sunday, Mexico City Mayor Claudia Sheinbaum Pardo suggested that motorists fill their tanks on certain allotted days based on their license plate numbers. The suggestion stirred unfavorable comparisons to Venezuela, where rationing of basic goods has become the norm.

Still, recent polls indicate the shortage hasn’t cost the president any support. The crisis stems from a goal most Mexicans support: cracking down on fuel theft, a major criminal enterprise in Mexico that costs state-run oil company Pemex around $3 billion a year, according to the government. The stolen fuel is sold on the black market. It's widely accepted that there are officials from state-owned oil company Pemex who collude with criminal organizations — some linked to drug traffickers — to steal the fuel.

López Obrador (often referred to as AMLO) campaigned on an anti-corruption strategy and one of his first major actions as president has been to go after the criminal gangs stealing the fuel. They’re known in Mexico as huachicoleros, a term that stems from the local slang “hauchicol,” referring to diluted gas used by truckers.

In order to crack down on fuel theft, López Obrador shut down major pipelines where the fuel is being siphoned from, relying on tanker trucks to transport the gas. The problem: tanker trucks can’t make up for pipelines. And that’s compounded by lots of other problems. 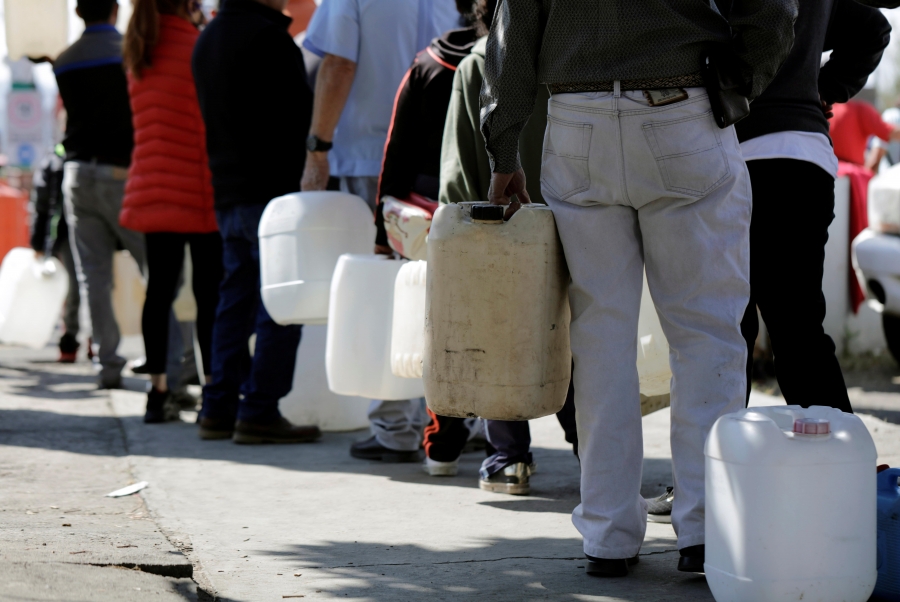 People hold empty containers while standing in line at a gas station, in Morelia, Mexico Jan. 9, 2019.

December and January are the highest fuel consumption months of the year. When the shortage hit, people began to panic, prompting a run on gas stations that exacerbated the crisis. Even more critically, Mexico’s overall infrastructure for producing and transporting fuel is old and vulnerable.

Mexico produces about half as much gas as it did five years ago, has limited storage capacity and relies on a single distribution system, said Ixchel Castro, a Latin America energy analyst at the consulting firm Wood Mackenzie.

“It’s a perfect storm,” Castro said. “I also question whether the people implementing the strategy were in their position long enough to understand what they were doing. Did they know the system well enough to close the tap at the right moment?”

As the shortage grows, López Obrador has sent more than 4,000 troops to guard transportation routes and refineries run by Pemex.

For now, most Mexicans appear to support López Obrador’s strategy. Some Mexicans are doing what they can to avoid driving by taking public transport and biking. And Ubers — a common form of transport among Mexico’s middle and upper class — appear to be operating at normal prices.

The newspaper El Financiero released a poll on Monday showing that 89 percent of Mexicans support López Obrador’s fight against fuel theft, and around 64 percent support shutting down the pipelines as part of that effort. Recent polls from other Mexican newspapers have found similar results. 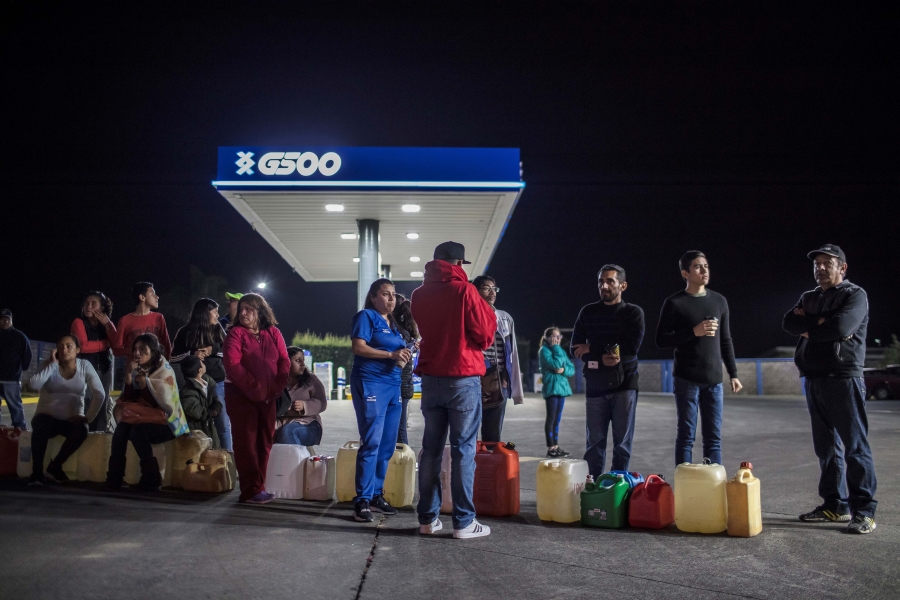 People queue both late at night and the early hours of the morning to be the first in line to buy gasoline at a gas station in Morelia, Mexico Jan. 7, 2019.

“I understand that people are very frustrated,” said Andres de la Torre, a Mexico City resident and artist. “But this is a problem that’s 50 years old. We are only now realizing the size of the problem. Mexico could open two public universities with the amount of money that’s stolen. And the only person that has had the guts to confront it is López Obrador.”

On Monday, De la Torre stayed up until 3 a.m. in the hopes of avoiding a line at the gas station. When he got to the gas station, there were 30 cars ahead of him.

“For now, I don’t have a problem with it,” he said, but added, “This is not blind faith. We’ll see what happens.”

In Guadalajara, one of the states where the gas shortage has hit particularly hard, people are divided, said Alejandro Jaramillo, a civil engineer and energy consultant.

“Some say the shortages are the consequences of making important changes and other people are just saying, ‘Well, that’s what you get for voting for AMLO,’” said Jaramillo, referring to widespread mistrust of López Obrador in the business community.

López Obrador has insisted he will not back down in his fight against the fuel thieves. But questions loom, and despite his daily morning press conferences, his administration has offered very little information about its long-term strategy.

For example: What happens when the pipelines are opened again? How will it prevent the criminal gangs from returning to business as usual?

Some analysts have also questioned whether the fuel shortage has to do with supply, as opposed to logistical problems transporting the gas, as López Obrador insists. 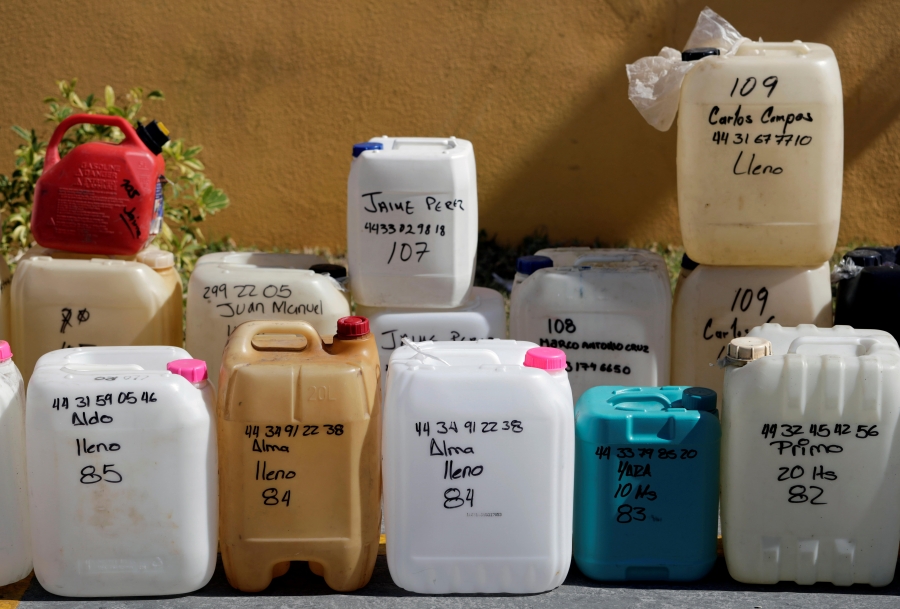 Empty containers are lined up at a gas station, in Morelia, Mexico Jan. 9, 2019.

“The problem is we don’t know whether it’s lack of supply or the alleged strike against fuel theft,” said Miriam Grunstein, a Mexico City-based oil regulation expert and scholar the Baker Institute Mexico City.

Such speculation gained more traction after The Wall Street Journal published an article on Jan. 11 that said gas imports from the US Gulf Coast had declined 25 percent in the two months since López Obrador took office. The article cited the private research firm ClipperData. Mexico’s energy ministry responded with its own statistics showing that Pemex’s gas imports from all countries — not just the US — were nearly 30 percent higher than the average for last January.

Esteban Illades, a journalist and political analyst in Mexico, said the success of López Obrador’s strategy will depend on whether his administration is able to identify and prosecute the thieves.

“Today, people are willing to cope with the fuel-saving measures,” Illades said. “But the longer this goes on and we don’t see any specific results — like people getting arrested — then people might actually start to get angry with López Obrador,” he said.