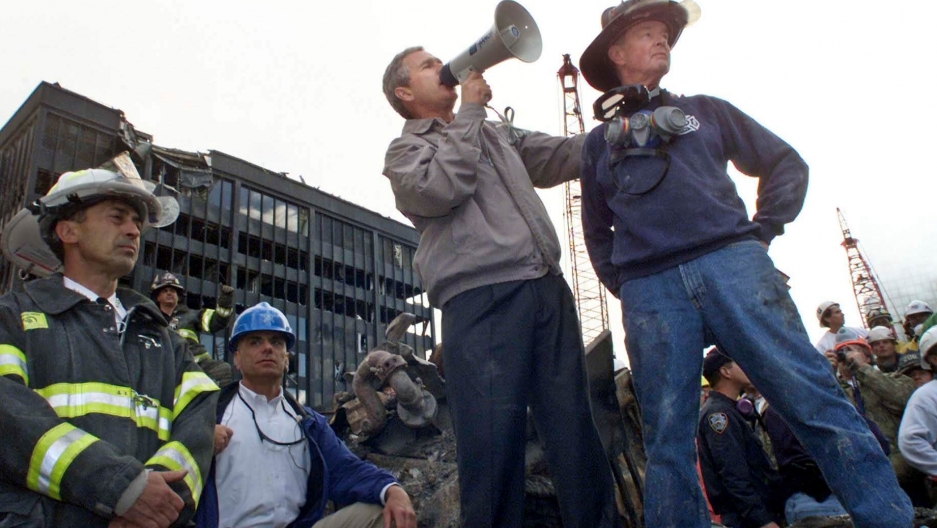 US President Donald Trump declared a national emergency over border wall funding Friday, Feb. 15, making this the country's 32nd on-going state of emergency. The same day, Trump also signed a hard-negotiated bipartisan Congressional spending bill, which many hoped would mitigate an emergency declaration. But the bill falls $6.5 billion short of what the president wanted for a wall on the US-Mexico border.

Declaring a national emergency to appropriate funds for a border wall has been one of the few ways out of the political stalemate, which resulted in a 35-day partial government shutdown over wall funding during December and January — the longest shutdown in US history. Approving the spending bill while declaring the emergency averts a second shutdown, but the administration is already being sued just hours after Trump's annoucement. Legislative responses could follow. Critics are also concerned about the precedent this move will set for future administrations.

“There absolutely will be legal challenges and so this is not an easy path for the president to take by any means. It's not like he can snap his fingers, say 'there's an emergency' and get it done,” Elizabeth Goitein, co-director of the Liberty and National Security Program at New York University's Brennan Center, told The World last month.

Still, even if the president's action over appropriating funds for the border wall is blocked, the US will technically remain in crisis. There are an another 31 active national emergencies in the US right now — including an additional three that have been declared under Trump, and one that dates back to Jimmy Carter's administration in the late 1970s.

What qualifies as a national emergency? No one really knows — there is no clear federal definition. But a declaration does give the president special and far-reaching powers, including those that would normally be illegal. Under the National Emergencies Act of 1976, the president is required to specify which of the 136 statutory powers they want to use, but these powers don't have to match the emergency identified. That means, for example, Trump could conceivably use a national emergency to control communications systems — including the Internet — in addition to appropriating Department of Defense funds to build a wall along the southern border.

“It's almost a certainty that we would see misuses, abuses of emergency powers,” says Goitein. “My concern is that it could be the kinds of abuses that really could undermine our democracy.”

Some have argued the president's own announcement of the declaration undermine the need for a national emergency. "I could do the wall over a longer period of time. I didn't need to do this," he said. "But I would rather do it much faster."

There are some differences between Trump's declaration and most of the continuing states of emergency declared over the past 39 years. Trump's executive order points to his determination of a national security situation on the US border — most others (but not all) states of emergency have responded to humanitarian and political threats abroad: for governmental human rights abuses, terrorism, regional destabilization or recruitment of child soldiers. Many of these orders provide authorization for sanctions and work in tandem with the International Emergency Economic Powers Act of 1977, which gives the president authority to regulate commerce during a national emergency.

Of the other 31 national emergencies still active, several also point to explosive conflicts happening today. Six years ago, President Barack Obama issued a state of emergency after the Arab Spring uprising in response to Yemeni governmental actions threatening “Yemen's peace, security and stability” and rejecting “a peaceful transition of power that meets the legitimate demands and aspirations of the Yemeni people for change.” Today, Yemen faces the world's largest humanitarian crisis.

Bush's 2001 declarations in response to the 9/11 attacks also still exist — but giving the president years-long special powers isn't what the NEA was designed for.

After a national emergency is declared, it can only be ended by a presidential proclamation or by Congress. These emergency powers are intended to be temporary — a stopgap until Congress can act. But this check has “been entirely ignored,” Goitein says. “Congress has never voted on whether to end a state of emergency.”

Where are we now? Here's a list of the current active national emergencies, from the most recent to the oldest — 39 years.

Friday, Feb. 15, 2019: Trump declares a national emergency on the US southern border to appropriate funds for a border wall.