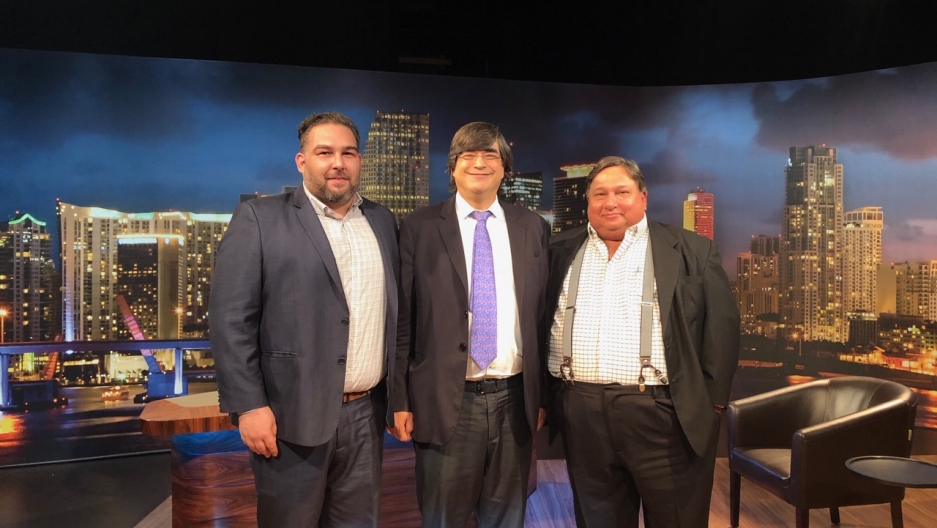 Nicaraguan police raided one of the last remaining independent media outlets in the country in December 2018. The increasingly authoritarian government of President Daniel Ortega is desperate to silence anyone who dares to challenge them, calling the opposition "terrorists."

When Nicaragua’s Sandinista Revolution overthrew dictator Anastasio Somoza in 1979, Ortega, then a Marxist guerrilla leader, became the country’s president. He was voted out in 1990, only to return to the presidency again in 2006: he has wielded power ever since.

Supreme court judge Rafael Solis, a long-time member of Ortega’s Sandinista Front party, recently resigned in protest. In a three-page letter, he accused Ortega of creating a “state of terror.” The letter also said: “I fought against a dictatorship and I never believed that history would repeat itself.”

Beginning in April 2018, hundreds of thousands of Nicaraguans took to the streets, demanding an end to the Ortega regime. The student-led protests were spurred by an order from President Ortega that increased taxes while reducing pensions. Security forces responded with a brutal, murderous crackdown.

Human rights groups say at least 300 protesters have been killed, with more in jail or missing. Last month, the US imposed economic sanctions on Nicaraguan officials for their part in the violent repression of anti-government protesters.

Loyalists to Ortega in Congress stripped nine civic organizations of their legal status and seized their computers and other documents. Ortega also targeted journalists, asserting that they were the ones fueling the protests and inciting violence.

Journalists have been beaten, jailed and their families threatened. One of the journalists who was arrested was the country’s well-known political commentator, Jaime Arellano.

His political program, "Jaime Arellano en La Nación," featured economists and politicians who were invited to analyze the state of the country. The weekly show had more than a million viewers.

Arellano, 59, went to Miami with his son to seek medical treatments as a result of his migraines and high blood pressure, just weeks before police stormed his TV news station, 100% Noticias, in Managua on Dec. 21, 2018. It was one of the last bastions of free speech in the nation — now only government-owned or controlled stations remain.

According to Arellano and media reports, the journalists were accused of "inciting hate and violence,” by being critical of the regime, but they refused to be intimated.

"The government started going after us," Arellano said. "We had military outside the TV station, throwing rocks and firing bullets. The military would stand outside our house, they'd detain us, then let us go.”

Related: Violence drives increasing numbers of Nicaraguans to the US

Ortega has blamed independent media for fomenting civil unrest for years. Before the most recent crackdown, Arellano says the government first tried to bribe him to keep quiet, and later made several attempts to kill or maim him by sabotaging his car. Arellano also claims that he has been directly threatened by armed men on several occasions and that bullets have been fired at, and hit, his vehicle. But despite operating under such duress, 100% Noticias didn’t budge. Up until they were forced to close, they continued broadcasting.

"We kept going until like a month ago, when they ordered the capture of myself and all of the journalists at the channel and they arrested the owner of the channel, Miguel Mora, and the chief Lucia Pineda Ubau. They are in jail right now.” Arellano explained.

Since coming to Miami and being effectively exiled, Arellano has been living out of a suitcase but continues to give a voice to the opposition and criticize the government via Facebook and YouTube.

"The only crime we commit [is] that we let the people know — in and outside Nicaragua — the reality," he said. "hat the people in Nicaragua are suffering at the hands of Ortega’s dictatorship, which is killing people.”

His son, Jaime Arellano Jr., gave up his job in the precious gem industry to look after his dad. He has also had his life threatened but believes it is worth the risk.

“The juice is definitely worth the squeeze in this," Arellano Jr. said. “We have a chance to help and ease their [Nicaraguans'] suffering.”

Related: Bloody uprising in Nicaragua could trigger the next Central American refugee crisis

For now, Arellano is on a 90-day visitor’s visa to the US. He says he’s going to stick around Miami for a while longer. If he goes back to Nicaragua, he will likely end up in jail.

“I think I can serve more outside, than in jail right now,” he said. 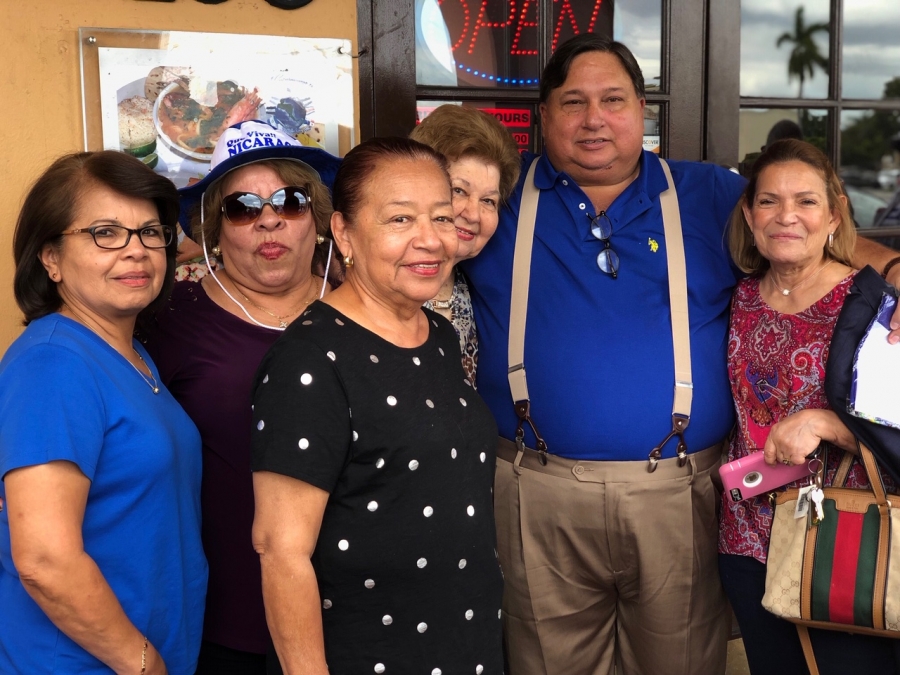 Jaime Arellano stands with a few other Nicaraguan women who are also living in Miami, Florida, in exile.

Arellano has even found solidarity and support in the Nicaraguan diaspora.

From Miami, Arellano continues to criticize Ortega on YouTube and live Facebook feeds that draw thousands of viewers.

"We are fighting for the revolution," he says, broadcasting from a family member’s home. "We are winning. The world is condemning President Ortega for the massacre and oppression of Nicaraguans."

Protests are now illegal back in Nicaragua. Citizens are afraid to even to sing the national anthem or wave Nicaraguan flags for fear of being seen as subversive.