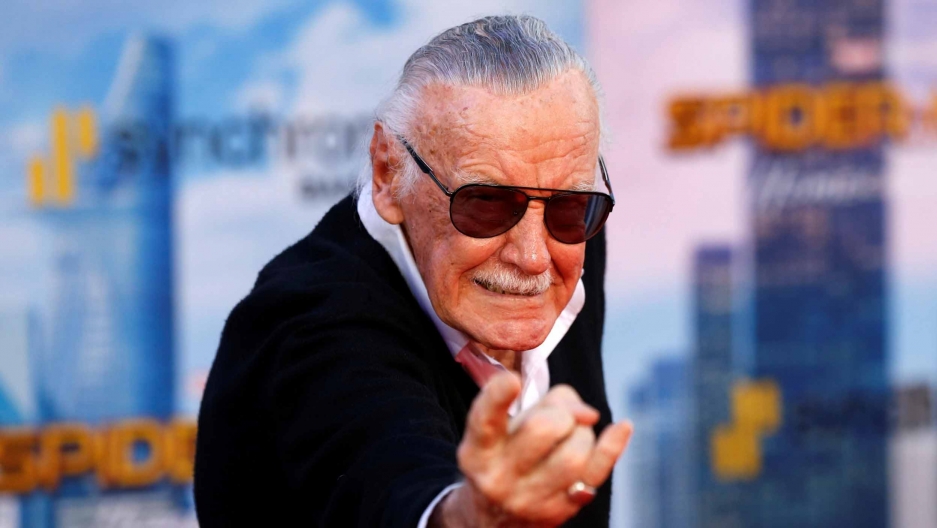 Stan Lee poses in a 2017 photo from the world premiere of "Spider-Man: Homecoming." The powerhouse behind the Marvel universe died in November 2018 at 95.

Last year was a big year for Marvel Entertainment and also a sad one. The company's megahit film, "Black Panther," was a smash with critics at the box office, but the company also lost one of its giants this year: Stan Lee. Lee died in November at the age of 95.

Among those hit by the loss was Selwyn Seyfu Hinds. Hinds is a screenwriter and a comic book scribe. He's also the former editor of the hip-hop magazine, The Source. The World spoke to him about Lee's legacy and influence. 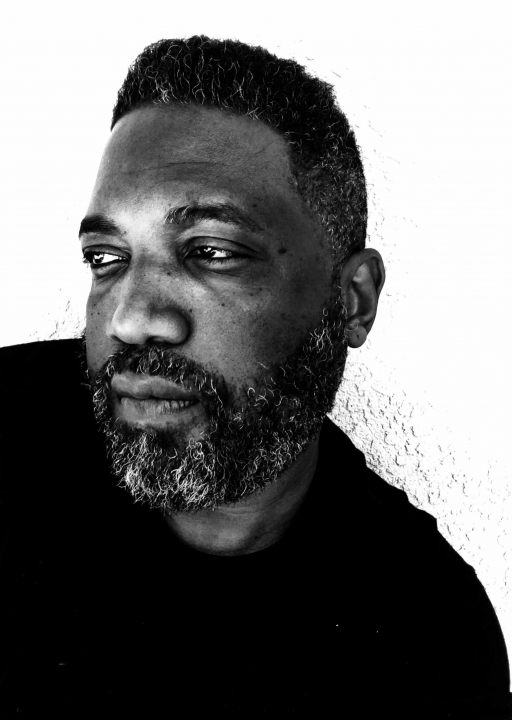 Selwyn Seyfu Hinds is an author and screenwriter who grew up reading comics.

The World: Selwyn Seyfu Hinds, you grew up in Guyana, and it sounds like, as a kid, the playground of your primary school was kind of the center of your universe. What was it like?

Selwyn Seyfu Hinds: You know, that's a great description. This is a Caribbean country in the '70s, and all of our activity was outside. We didn't have video games. We watched very little TV. So, you've got lunchtime and after school and a bunch of rowdy kids making as much noise as we can and trying to enjoy ourselves as much as we can. It was — even through the eyes of nostalgia — it was heaven.

Related: Remembering Stan Lee and his stance against racism

What role did Marvel Comics have in that kind of universe at your primary school?

It was the spark for the imagination, really. Marvel let us dream. It wasn't an easy place to grow up in an easy time. The '70s in the Caribbean was marred by all kinds of political and economic challenges, and you know, those things were not divorced from us as children but the ability to sort of, like, retreat with your imagination and enact what you will through Marvel stories was just amazing for us and a great release valve.

Who were your favorite superheroes at the time?

At the time, definitely the X-Men. I think this is the real testament to Stan Lee and Chris Claremont, everyone who played a creative role. But the sort of defining DNA of the X-Men as being outcast and, you know, these characters who live on the margins, I identify with that, a lot of my peers did. So, yeah, Cyclops, Wolverine, Jean Grey, Professor X, yeah, those are my childhood buddies.

What about local comics in Guyana? Was there a scene there, too?

Guyana is a very ethnically mixed place and the dominant populations are of African descent and Indian descent, which meant that we had sort of cultural information streaming in from multiple sources; so, the US, the UK and then the actual Indian subcontinent, so, that's part of that. There was a line of comics. They essentially were tales of the Indian pantheon. All the stories of Han and Rama, and you know, sort of the great mythologies of the Hindu faith, and those are comics, too, that we read. So, those are also extremely prominent in my own development as a creative thinker.

At the age of 14, your family leaves Guyana for Brooklyn. What did you think was waiting for you in the US?

I had no idea. It's not entirely true, but the notion of living here was intimidating. I think you take some retreat in that childhood immortality and resilience — you know, you just figured, it's all going to be OK. You don't sort of know enough to be as scared as you should. I don't know if I could have done as well as an adult but waking up the first day and going to school in Brooklyn, which is vastly different from Georgetown, Guyana. I think my first day in Brooklyn — and this was Brooklyn in the '80s — this is during the heights of the crack era. Very, very tough, intense place. You know, I think three kids on a bus jumped me my first day in school in Brooklyn, so, there's a lot of getting used to.

One of the first friends you made was a kid named Ron, and you bonded over comics. How did that happen?

Ron and about three other kids lived on the block that we did. And you know, I just sort of invited myself one day into their company, after spending a few days looking at them longingly playing basketball, just sort of the hesitant, "Can I play, too?" And again, you're self-conscious about so many things as a young immigrant. You know your accent is different, people say you talk funny, so, you're a little hesitant to talk, to interact. But they were extremely welcoming of me and that had a lot to do with Brooklyn — was at least that part, Flatbush, was such a base for Caribbean migrants at the time and it was only a few days since our new fellowship where Ron invited me to come to his basement, and you know, check out these hidden goodies and that just really cemented what was really my first formative friendship as a newly arrived Brooklynite.

You've said that Marvel made you feel at home in America. How?

In a couple of ways. One, that there were kids like Ron who spoke this common vocabulary, for whom a Wolverine or a Colossus was just a seminal figure for them as it was for me. And secondly, I'd say it was the largest sense that the notion of being or feeling like you are on the margins of society wasn't specific to myself in my Caribbean-South American life. That was very much part and parcel to the American social experiment, as well.

You have a whole other life in music, and I'm curious, in the mid-'80s, when you arrive in Brooklyn, what sort of music were you listening to then?

I was listening to hip-hop, hip-hop and more hip-hop. Salt-N-Pepa, Public Enemy, Big Daddy Kane, Doug E. Fresh. So, all that stuff was percolating in the neighborhood, as well, so, I also dove right into that energy. It was just an amazing time to be a kid that age.

You eventually became a hip-hop critic and editor of The Source. What's the link between hip-hop and comic books in your own life?

I often say, you know, there's very little difference between the Wu-Tang Clan and the Justice League. Both forms are based on this notion of larger-than-life characters, both forms are based on this notion of deep mythology, the idea of having secret identities — or just multiple identities — that lets you walk through different facets of life. And, also, I think, even more specifically to Marvel — not that DC doesn't play into this equation, as well — I think hip-hop and a lot of kids of my generation specifically identified with Marvel because of that sense of, you know, being the scrappy kid on the margins, being the kid that's trying to knock on the door to the greater house and get attention, so, that sort of upstart, marginalized energy felt common to both. And you know, it was just fun.

You've gone so far as to call comics "the DNA of rap." Give me an example of that.

Specific to rappers, I think, of a certain generation. Those of us who are kids in the '70s and '80s, you know, references and metaphors and analogies about comics. You'll find a surprising amount of that peppering people's lyrics. You've got a rapper called David Banner. That's a sort of tribute to Bruce Banner, the Hulk. There are all sorts of ways, both subtle and more overt, that people have wrapped themselves around hip-hop.

You've done so many things, and I'm wondering what you're up to now and whether Stan Lee and his superheroes pop up in your work these days.

Stanley and his superheroes do pop up in my work. I have done a lot. I kind of capture it all under the rubric of, "I'm just a storyteller." I've been fortunate over my life to be able to tell stories in different mediums and different platforms, and right now my platform of choice is film and scripted TV. As part of my film work, I've recently been able to work in the comic book space or in characters derived or coming out of comic books. Right now, I'm writing a movie for Legendary, a big studio, that's based on a comic book called "Prince of Cats." It's not a mainstream superhero but it's an amazing kind of prequel of "Romeo and Juliet" set in the Brooklyn of the '80s where I grew up, so a bit of an alternate world, and I can't break the news here but I also just got a job to write a big DC movie on a really big DC character. But comic books are amongst the main sort of creative drivers in Hollywood right now and growing up the way I did, I feel like it's trained me for this mission and this moment.

We want to end this segment with some music, maybe something that gets at where you see the footprint of comic books and Stan Lee and rap? What selection might we play going out?

Do you have, let's see ... let's do "Protect Ya Neck" by Wu-Tang Clan? Wu-Tang Clan is the Justice League. Wu-Tang Clan is the X-Men, Super Friends. Like a crazy collection of characters with different superpowers who come together for a greater mission. You know, I think they're the lowest sort of, you know, endemic representation of hip-hop-slash-comics.