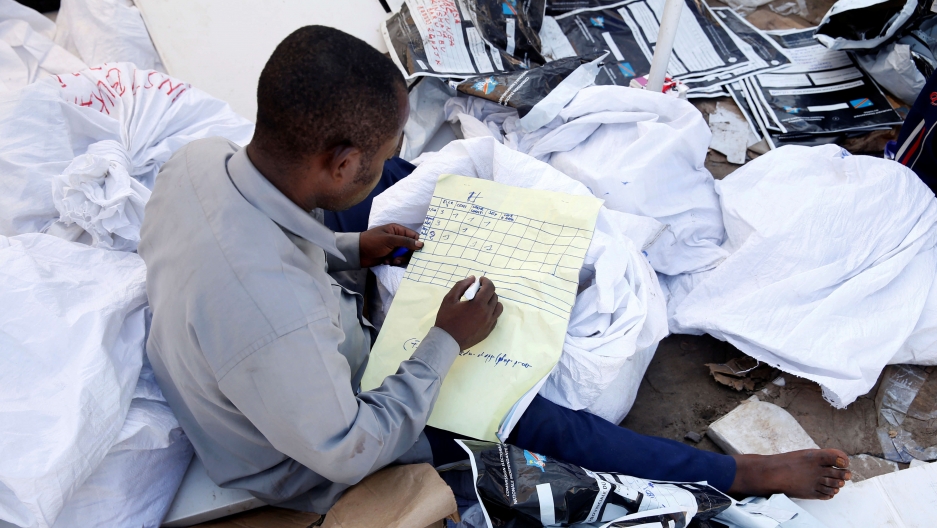 On Dec. 30, 2018, 46 million citizens cast their votes in a historic election in the Democratic Republic of Congo (DRC). There hasn’t been a peaceful transition of power in this country since the end of Belgian rule in 1960. If this election produces a result that’s widely viewed as credible, it will cement a new era of representative government in Africa.

The deferral of representative government in the DRC has a long history. After the Berlin Conference (1884-85), Belgium acquired DRC as a colonial territory and, from Léopold II to King Baudoin I, Belgian administrators oversaw one of the most brutal regimes on the continent. In 1960, Patrice Lumumba became the first prime minister, sharing power with Joseph Kasa-Vubu as president. A confluence of internal and external factors unleashed a crisis that led to Lumumba’s assassination in 1961 and Mobutu Sese Seko’s rise to power in 1965. With the support of Western nations, Mobutu presided over the looting of his country’s natural wealth as one of the most tenacious gatekeeping dictators of the 20th century. He clung to power for more than 30 years.

In 1997, Laurent-Désiré Kabila took over as president in the midst of conflict that spilled over from the Rwandan genocide in 1994. Assassinated by his bodyguard in 2001, Kabila was succeeded by his son Joseph who has been in office ever since. Violent protests followed rigged elections in 2006 and 2011.

The quiet work of pro-democracy activism has been ongoing in Congo since 2012 and the process of cultivating a demanding citizenry is visibly yielding results. A recent example was when 21 civic organizations mobilized, vowing to use non-violent protest to defend the outcome of the election.

There can be little doubt that a paradigm shift of historic importance is underway.

Widespread irregularities have been documented in the recent election despite the presence of 40,000 observers. Nonetheless, preliminary reports by the powerful Catholic church with direct knowledge of the process, claim that one presidential candidate has clearly won. Diplomatic sources identify the winner as Martin Fayulu.

Once results started to come in on Dec. 31, confirming Fayulu’s overwhelming victory, the government shut down the Internet, Radio France Internationale’s FM broadcasting signal, and cell phone service across the country. Many believe Kabila’s attempt to fix the election in favor of his handpicked successor, Emmanuel Ramazani Shadary, didn’t work. They interpret the information blackout as stalling and censorship, rather than a means of avoiding false news as alleged.

As the world waits amid growing international pressure for the national electoral commission to make official the results, it’s already possible to see that significant change has come to DRC.

Massive voter turnout under very difficult circumstances is compelling evidence of the people’s commitment to a democratic transition, even though the process was far from perfect.

Recent civic engagement in the DRC has emerged as part of a pan-African trend. In 2012, students in Goma founded La LUCHA, shorthand for “struggle for change.” La LUCHA is a non-partisan citizen movement with as many as 3,000 activists who engage in non-violent campaigns to raise awareness of human rights and cultivate a demanding citizenry.

Another citizen’s movement is Filimbi, which means “blow of the whistle” in Swahili.

In 2011, rappers and journalists in Senegal founded Y’en a marre (“We are fed up”). They protested against unreliable electricity and corruption, registered young voters and ousted Abdoulaye Wade. In 2013, hip-hop artist, Smockey Bambara, and reggae artist, Sams’K le Jah, joined forces in Burkina Faso to create Balai Citoyen (“Citizen’s Broom”). They led an uprising that evicted Blaise Compaoré after 27 years and then swept the streets as a symbolic gesture of civic engagement inspired by Thomas Sankara.

In 2015 and 2016, massive mobilization in the DRC, supported by activists from Senegal and Burkina Faso, put pressure on Kabila, who ultimately decided not to cling to power. A coalition in the DRC formed the “2016 Citizen’s Front,” including Filimbi, la LUCHA, Katumbi, Fayulu calling for Kabila to respect the Constitution.

Breaking a cycle of violence

Fayulu is an anti-corruption reform candidate. He ran on a platform promising to restore dignity, to invest in education and to enforce the rule of law. Educated in France and the US, he was an executive at Exxon Mobile before being elected to Parliament in 2006.

Fayulu has said he’ll create jobs in agriculture, tourism and develop local expertise to add value to DRC’s natural resources. He was backed by an opposition coalition and supported by two powerful figures: Jean-Pierre Bemba, a former warlord, and Moïse Katumbi, a wealthy businessman from Katanga.

If Fayulu becomes president, the cycles of violence that brought dictators to power will have finally come to an end. There’s no disputing that Kabila’s regime did use violence to intimidate citizens during the election process. But it doesn’t appear to have completely undermined the process.

To be sure, some observers will dismiss the election as late, flawed and a chaotic mess. Doubtless more remains to be done to guarantee the integrity of future elections. And whoever wins will have much to do to recover from decades of corrosive violence and autocratic rule.

Yet it’s also possible to look at this election as evidence of the people’s commitment to democracy, even when the process is messy. The fact is that this election — and its promise for the future — adds to a wave of progressive political change across Africa led by students, musicians, journalists and activist citizens.