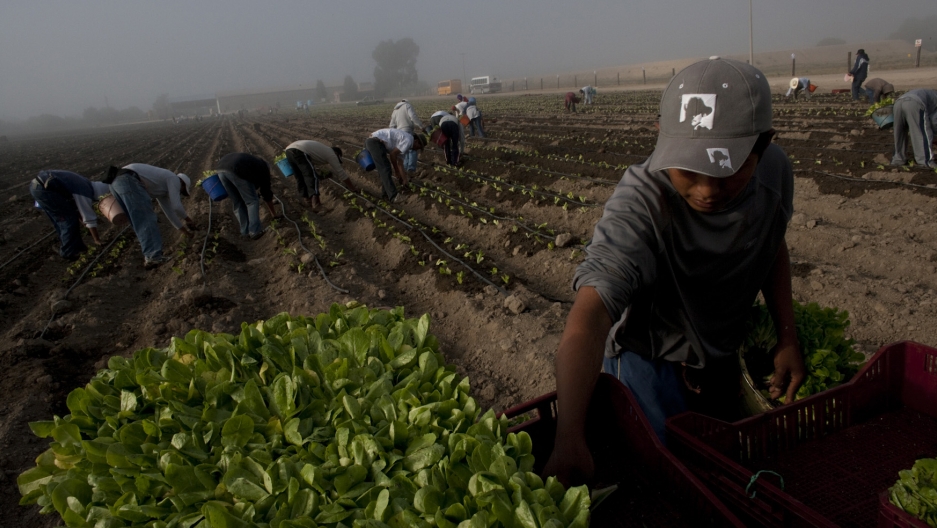 Nearly 20 percent of US food is imported. As imports of food has spiked, like lettuce from this farm in Guanajuato, Mexico, so have outbreaks of foodborne illnesses in the US.

The standoff over the border wall continues. And so does the partial shutdown of the US government. We're well into week three and some 800,000 federal workers are in employment limbo. Among the government agencies shut down are the US Department of Agriculture and the Food and Drug Administration, the two agencies tasked with keeping US food safe.

Here’s the good news: Food inspectors are still on the job.

Here’s the bad: “I'd say you should be very worried about your food safety, in part because the work that's not being done right now is the work that's needed to prevent the next outbreak of foodborne illness,” said Sarah Sorscher with the Center for Science in the Public Interest, a consumer health and food watchdog in Washington.

So, what’s not happening?

“What is missing, particularly at the FDA, what's missing is the work needed to prevent the next outbreak of foodborne illness. They're not going in and doing routine, unannounced inspections that are designed to catch unsanitary conditions and other problems before they make people sick,” said Sorscher. “That work is on hold. Depending on how long the shutdown lasts, that could mean hundreds or even thousands of facilities that make food that are not being inspected. They're doing some work to monitor imports, but some of that work is not being done.”

But just how risky is our food supply, domestic and imported? The Centers for Disease Control and Prevention estimates that 48 million people in the US get sick each year from foodborne illnesses; 3,000 die, mostly the young and old.

The number of illnesses associated with imported foods has increased in recent years. But so has the amount of food we import. Today, we import close to 20 percent of what we eat.

Now, it’s really hard to trace the source of what makes us sick. Think about it, when we get food poisoning, we play amateur epidemiologist and start racking our brains for everything we ate the day before.

We can’t definitively say if imported food is causing more health-related outbreaks in the US, said Sorscher, but “The regulations we have in place and the oversight we have over our food supply in the United States is probably a lot stronger than the oversight that our agencies have over food that's coming into the system. So, depending on which country that food is coming from, they may not have a lot of strong, food-safety controls in place in that country and that should raise concern for consumers.”

Sorscher said the US blew an opportunity to improve food safety controls with Canada and Mexico when the Trump administration recently renegotiated the North American Free Trade Agreement. Revising or getting out of NAFTA was one of President Donald Trump’s key campaign promises. The president signed a new agreement with the leaders of Canada and Mexico in November, called the USMCA, at least by the Trump administration. Any new trade agreement still needs legislative approval from all three nations.

Under the rules of NAFTA, defined back in the 1990s, food safety systems in Mexico and Canada needed to be “equivalent” to the US — essentially, the US put its faith in foreign inspectors. 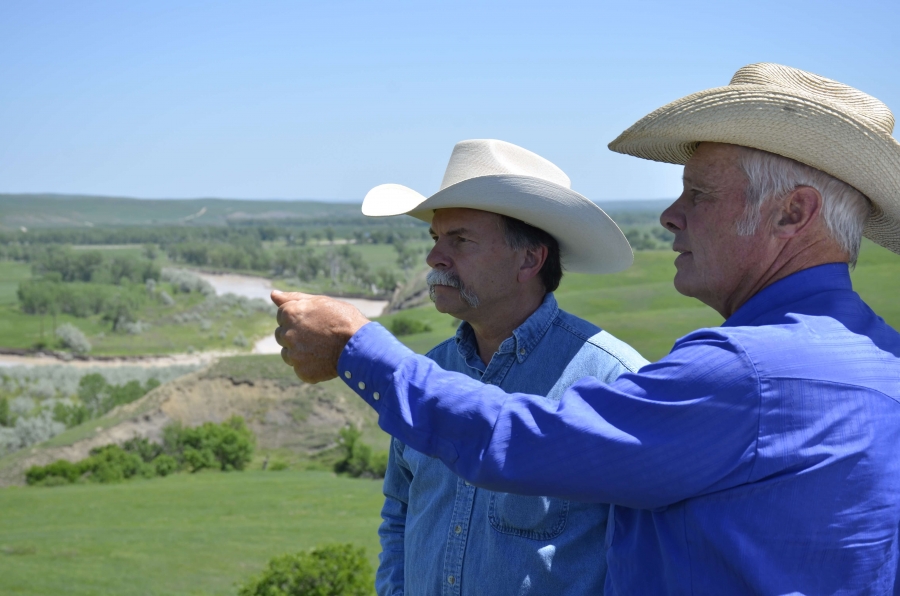 Kenny Fox, right, on his ranch in Belvidere, South Dakota, with Bill Bullard. The two men with the organization R-CALF USA say imports from Mexico and Canada in the time of NAFTA have taken too great a toll on US ranchers and have compromised food safety.

Prior to NAFTA, imported food from Mexico and Canada was subject to stricter standards.

“But they found that that was an impediment to trade because Canada and Mexico, and other countries, could not meet the higher standards in the United States,” said Bullard, who is lobbying for the US to impose more stringent requirements under a final revised trade agreement with Canada and Mexico.

“We believe that the United States cattle producer produces beef under the most stringent health and safety standards,” said Bullard. “We produce the best beef in the world under the best of conditions.”

Of course, Canada and Mexico take issue with that. And free trade advocates say US farmers have long exaggerated the threat of foodborne illnesses to restrict import competition. The major Canadian and Mexican beef associations, along with another US beef group, urged President Trump not to mess with NAFTA and jeopardize its “success.”

But to some, that success has mostly benefited large agribusiness, multinational vegetable processing and meatpacking companies.

“They've got this whole sort of North American system where they have figured out where the cow poop disposal is the cheapest. 'Mexico, you can just throw it into a river,' where the workers’ salaries are the lowest,” said Lori Wallach, director of group Public Citizen’s Global Trade Watch. “Mexico, it’s where they do a lot of the slaughtering now. And it's this whole sort of big beef system that has screwed the ranchers.”

With more free trade, we do benefit overall as a society — we can get fresh fruits and vegetables year round, generally at lower prices than if there were more trade barriers.

But back to food safety … Sarah Sorscher said if 3,000 people are dying from foodborne illnesses here each year, it’s pretty clear: We need more controls.

“We did have an opportunity with NAFTA to improve our food safety controls and we didn't,” said Sorscher.

When Canada, the US and Mexico came to a new understanding on trade in October, President Trump spoke from the White House Rose Garden for more than an hour touting a revised NAFTA — he didn’t say the word “food” or “safety” a single time.