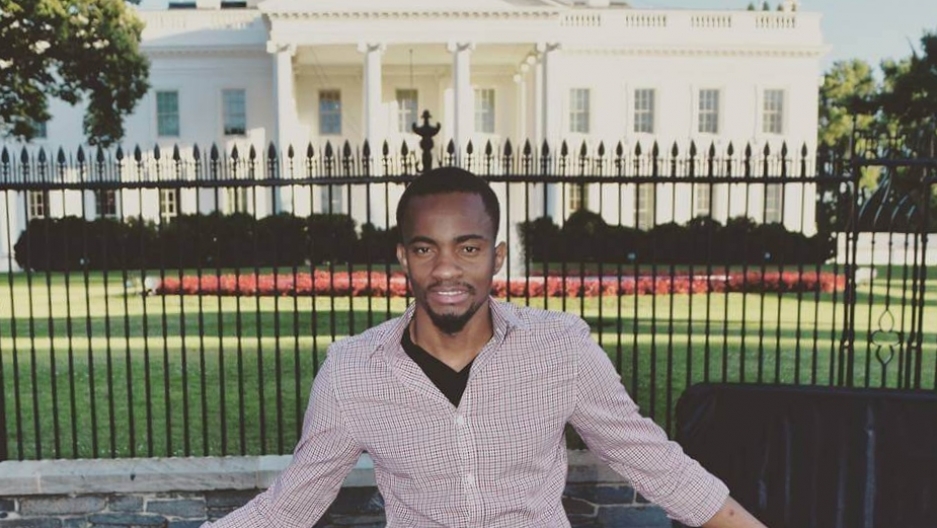 Alex Bukasa, an asylum-seeker who had been a journalist in the Democratic Republic of the Congo, poses in front of the White House. His asylum claim has not been heard after more than four years in the US.

After living in the US for four years, Alex Bukasa, an asylum-seeker from the Democratic Republic of the Congo, feels as if he’s already American. The former journalist works as an independent professional translator and is contracted by nonprofits, lawyers, hospitals and social workers to help fellow asylum-seekers with their cases. Many have arrived in the US in the past year.

They may be surprised to learn his own asylum claim, which he applied for in 2015, has not yet been heard — and may not be for awhile. That’s because a Trump administration policy pushed Bukasa to the back of the line last year. He does not yet have an asylum interview date, which means he is waiting indefinitely.

Under a system called “last in, first out,” people who have recently applied for asylum are processed before people who applied four or five years ago. US Citizenship and Immigration Services announced the change last January. It’s meant to help clear the backlog of some 320,000 pending asylum cases.

In the United States, the process of applying for asylum, from beginning to end, used to take a few months. But now, because of the huge increase in asylum claims, the timeline is more like two to five years. And people who have been in the US for awhile, like Bukasa, are last in line.

“After I applied in 2015 for asylum here, I knew that it's going to take me like two years, maybe,” he says. “But then we got a new administration, and everything just changed. ... And I was like, ‘I'm going to wait again?’ So it was discouraging. Because you don't know like how long it's going to take.”

Bukasa, who lives in Portland, Maine, is among the hundreds of thousands of people impacted by the change. Their lives are in limbo as they grow more attached to life in the US each passing year. Though their pending asylum claims mean they work and live in the US legally, there’s always a chance they’ll be denied asylum — which would result in a deportation order back to their countries. The Trump administration has seen rising deportations of African immigrants. Meanwhile, the overall denial rate for asylum claims has jumped over the past six years.

The policy change applies to affirmative asylum claims, or cases where people proactively apply for asylum, as Bukasa did, rather than applying after being placed in deportation proceedings. According to USCIS, the system “seeks to deter those who might try to use the existing backlog as a means to obtain employment authorization.” It’s meant to help identify “frivolous, fraudulent or otherwise non-meritorious asylum claims earlier and place those individuals into removal proceedings,” USCIS says.

The change targets recent newcomers to the US, as the number of immigrants claiming asylum is on the rise. The idea is to deport them as quickly as possible after they arrive. That could hurt longtime residents, like Bukasa — but also new arrivals who, due to their fast-tracked cases, may not have time to gather crucial paperwork that would strengthen their claims.

And it’s unclear the policy actually works: The asylum backlog has grown by around 10,000 cases since it was implemented one year ago. 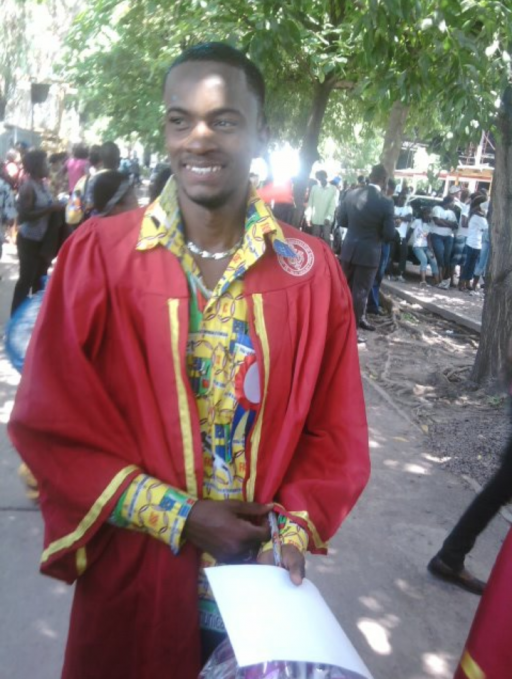 Alex Bukasa, a Congolese asylum-seeker and former journalist, in Kinshasa.

Bukasa, who is 28, grew up in Kinshasa, the capital of the Democratic Republic of the Congo — ”it’s like New York but in the Congo,” he says. He had just been starting his career as a journalist and had interned for a Kinshasa television station.

“I live in a place where there were a lot of social problems, like people don't get access to electricity, difficulty to find a job, poverty,” he says. “If I see something happening where I was living in, I would just write.”

Eventually, he wrote a story that was critical of the Congolese government. He asked The World not to share the details, as highlighting the reporting could jeopardize his asylum case, he says.

“And at that moment like I knew that Congo would not be a safe place for me,” he says. “At some point I would lose my life, because my opinion is not the opinion of this government.”

So Bukasa decided to start over in the US. He was accepted to the University of Southern Maine to study journalism. He was granted a student visa and arrived in the US on September 23, 2014.

“The excitement was there that, ‘Oh, I loved America. Now I get to see it’,” he says.

He needed to improve his English before he could study journalism again, so he enrolled in English classes. In the meantime, he applied for asylum and was granted a work permit, which is typically granted after people apply for asylum. It was tough to manage classes and working at the same time, so he eventually left school. Bukasa now does odd jobs, including professional translation in French and Lingala, his two native languages.

He’s become intimately familiar with the USCIS office in Boston, where he has translated asylum interviews. It’s just that his own case hasn’t been heard. It’s a bittersweet feeling.

“Right now I’m working on a case. I'm working with a lawyer and someone who is asking for asylum,” Bukasa says. “She arrived after me. But she's being interviewed, which is unfair, but that's what the government has decided.

“When I see people who just came here and get granted, then I feel bad,” he says. “I'm like, ‘It could have been me’.”

In the meantime, he feels more American each day. He holds out hope he'll be a journalist again.

“And you start building a life here, you know, you kind of begin to clothe yourself with the spirit of the place and all that,” he says. “And you develop a sense of belonging to the place and the community. But you're also scared of the situation back home. You don't know if they're going to deport you. Or you're going to stay here.”