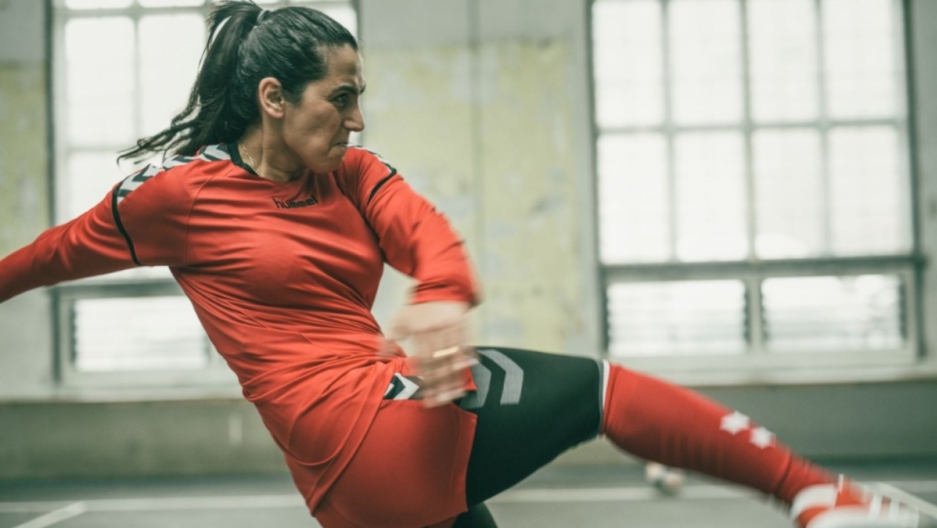 The abuse reportedly happened inside the country and also during a training camp held in February of last year in Jordan. Players flew out and two male representatives of the Afghanistan Football Federation came with them.

Khalida Popal, former captain of Afghanistan's national soccer team, had organized the training session in Jordan and had reservations about the men. She thought it'd be better to have female representatives accompanying the team.

And it turns out, her reservations might have been well-founded. As Popal describes in this interview with The World’s Marco Werman, the two officials sexually and verbally harassed players at the camp. Later, she learned the misconduct extended to the highest level of the Afghanistan Football Federation.

“We would ask the football federation not to send a man, who has nothing to do with women's football, as part of a delegation of the Afghanistan Football Federation, because sometimes those men, instead of supporting or helping the team, [they would be] disturbing the team,” she said.

Marco Werman: Disturbing the team in what way? Specifically what happened in the camp?

Khalida Popal: Harassment, yeah — the first thing that I heard and also witnessed, a man who was a representative of the Afghanistan Football Federation as an assistant coach who came to our training camp, he was verbally harassing some of our players and sexually harassing our players. As a responsible person and as team director, I tried to talk with him to tell him, "This is not acceptable," and I warned him, but he didn't take that seriously. The second thing I witnessed myself was seeing one of those men going to one of the player’s rooms when he was drunk. He was sexually abusing the player by touching her body. The player was scared and she didn't want him to touch her.

The form of sexual harassment, I read, was pretty insidious like getting on the players' roster in exchange for sex. Can you verify that?

It happened; it happened so many times. I have been part of the women's national team from the very beginning. I am one of the players who made history by playing in the first national team of Afghanistan. It has actually happened so many times. Unfortunately, the harassment continued in the training camp, and I reported [the cases] to the federation. But unfortunately, the president of the Afghanistan Football Federation is now dealing with all sorts of problems.

Federation president Keramuudin Karim, we should say, has denied all of these allegations and he accused the victims of making up stories so that they can get asylum. How do you feel about that reaction?

It doesn't make sense what he is claiming. And we have enough evidence that this man has been sexually abusing the girls.

The international soccer body, FIFA, is also investigating. What is FIFA saying?

How worried are you about speaking up about this?

Because of the cultural norms and cultural barriers, it's taboo; it looks bad that someone, especially women, will talk about these topics. Talking about this was not easy for me because of the amount of pressure and hate, the insults that I received. It has been really depressing.

What was your personal experience playing soccer when you were in Afghanistan?

It was not easy to actually play on the pitch. As a woman, it was so difficult to perform without thinking about your body, about how to cover your body so that people will not look so much into your body.

What should happen with these investigations?

I am hoping that FIFA and the government take serious action and put these guys in jail. That way, the women of the country believe in the system and the families believe that there is a system of protection of the players. Women are already facing a lot of challenges, not only in Afghanistan but around the world. When they come to the pitch, the pitch should be a place that provides them safety and a safe environment so they can play the beautiful game.

Editor’s note: This interview has been lightly edited for clarity.