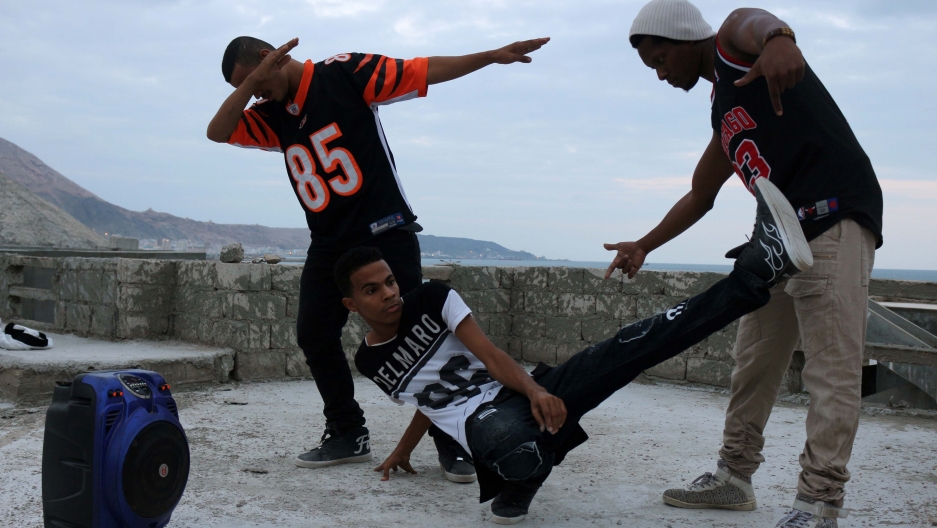 Five Yemeni hip-hop dancers thought their problems had ended when the Islamist militants who had banned them from performing were defeated in the port city of Mukalla nearly three years ago by forces backed by the United Arab Emirates.

But last month Yemeni security forces briefly detained the five members of the WaxOn band, broke their equipment and only released the dancers after they had signed a document saying they would stop dancing hip-hop in public.

Related: Getting married amid airstrikes in Yemen

"The police said it was a religious sin," band member Salman Basuad said.

Another band member, Mohammed Al Ameeri, said, "The officers were very violent. They treated us as if we were terrorists."

Local security forces did not respond immediately to Reuters' request for comment.

WaxOn band leader Mohammed Basaud said the ban reminded him of the "al-Qaeda era" when the dancers were also barred from performing in public.

Al-Qaeda in the Arabian Peninsula ran a mini-state in the southern port city of Mukalla in 2015-16. It was defeated by forces backed by a Saudi-led coalition, which intervened in Yemen's civil war to restore its ousted president, Abdrabbuh Mansour Hadi.

Since AQAP was driven out, Mukalla has been largely peaceful compared to the rest of Yemen, which has been devastated by nearly four years of fighting between the Saudi-led coalition and the Iran-aligned Houthis.

Related: Here's how you can send help to people surviving in the world's worst humanitarian crisis

WaxOn, formed in 2014, resumed their public performances in 2016, dancing at graduation and birthday parties, among other events.

Yemenis like coming to the main square of Mukalla to watch the street performers for free.

Basaud said Mukalla's residents accepted WaxOn and would offer them money to perform, allowing them sometimes to make as much as 40,000 Yemen rials, or $160, for a 10-minute performance.

He said the security forces had not moved against other bands performing traditional Yemeni dances on the square.

"We just want the security forces to accept our position. Our equipment and other things were damaged and lost. If they will not compensate us, at least they should cancel those unnecessary pledges they took from us [not to dance]," he said.