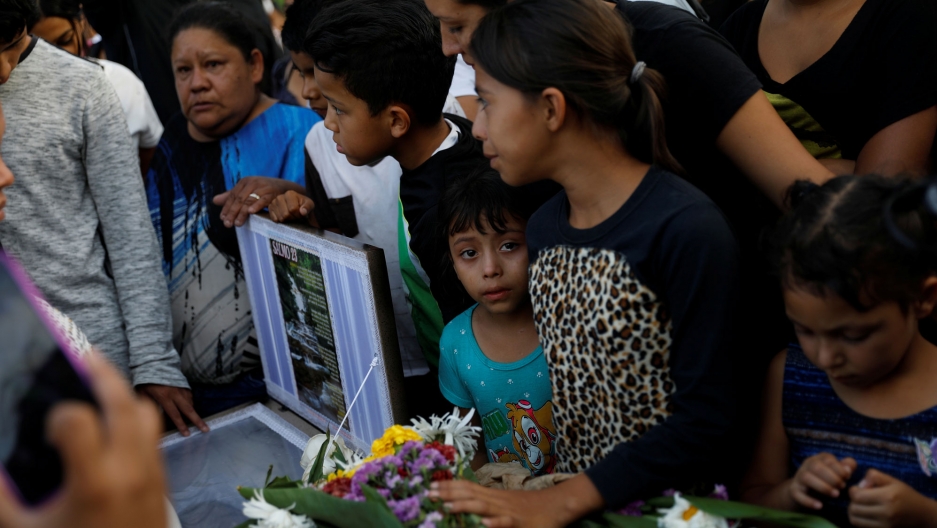 People stand next to the coffin of Saylin, 14, who, according to the police, was killed by Barrio-18 gang members, during her funeral, in Tegucigalpa, Honduras in July.

Ana Luz, sister-in-law of Ronald Blanco, looked on grimly as neighbors of the murdered Honduran man washed away the rills of blood left where his bullet-ridden body had lain outside his house in a troubled barrio on the outskirts of Tegucigalpa. 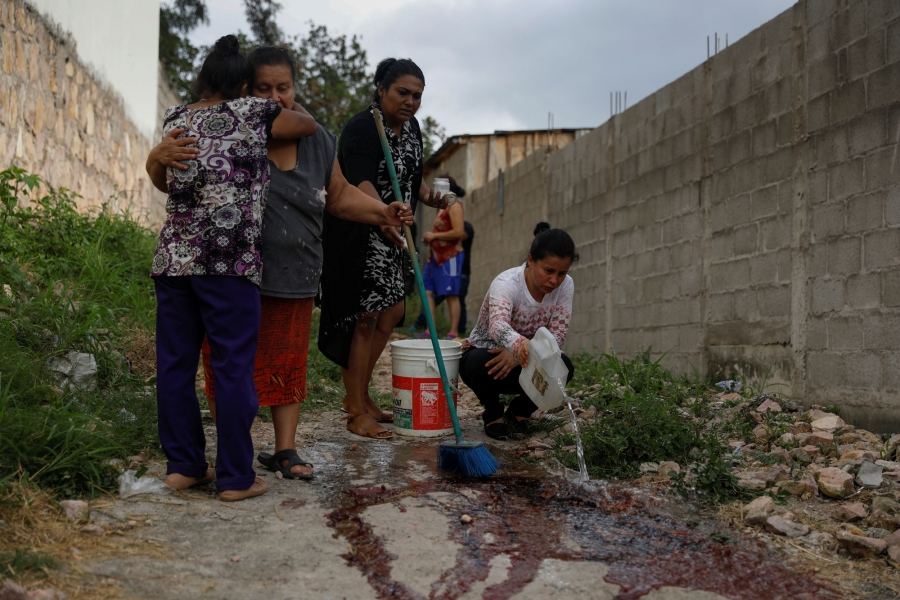 Relatives and friends of Ronald Blanco wash the blood from the crime scene.

It was just one of many scenes I witnessed this year while on assignment in Honduras, where thousands of people sought to escape violence and poverty by joining with other migrants in the hope of making it to safety across the Mexico-US border. The problems in this small Central American country grabbed international attention as US President Donald Trump cracked down on illegal immigration. 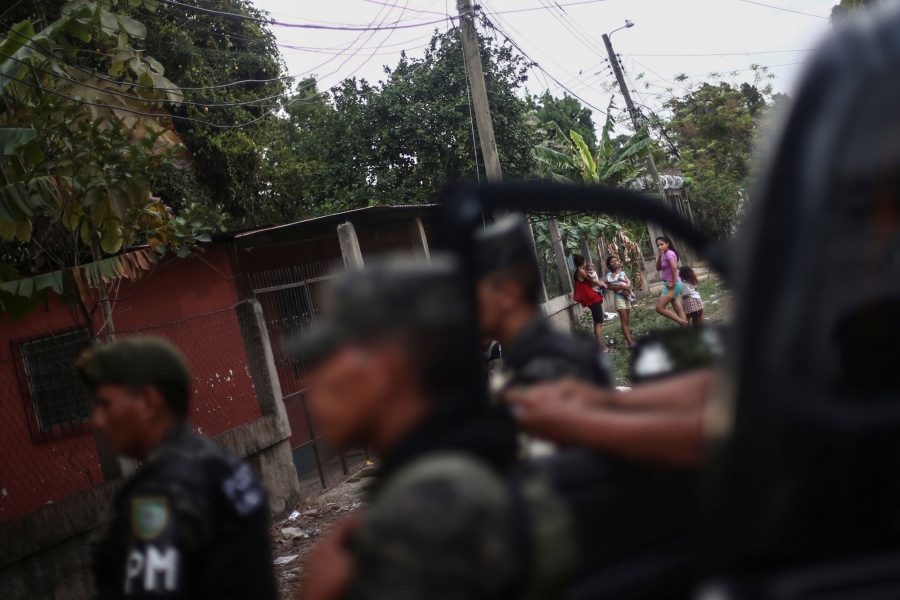 A group of children look toward a crime scene, where a man lies dead, after a shooting in San Pedro Sula, Honduras.

Honduras has for years been one of the world's most murderous countries. Though official data show the homicide rate has fallen sharply, it continues to be a highly challenging environment in which to work. 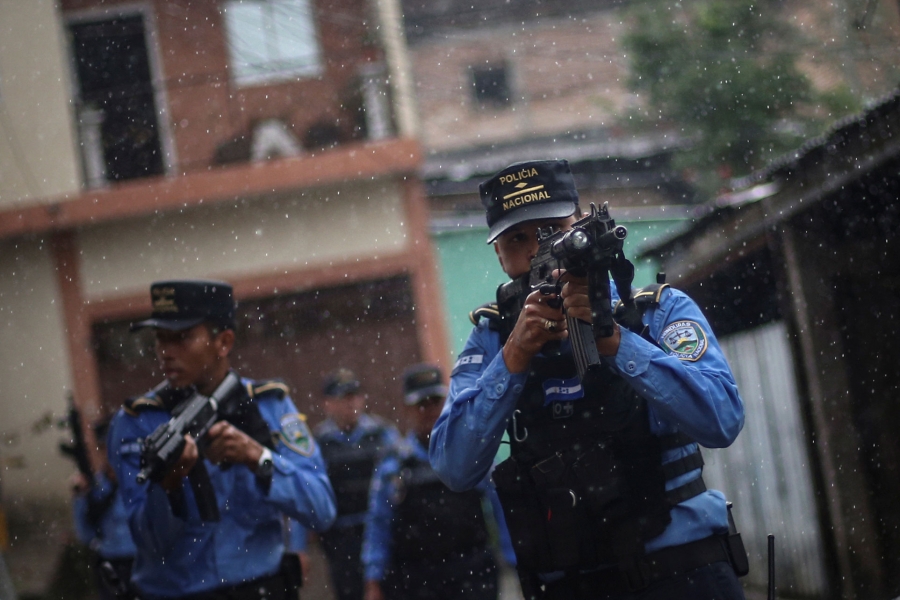 Police patrol in a neighborhood occupied by gangs known as El Hoyo.

Danger in Honduras is never far away. 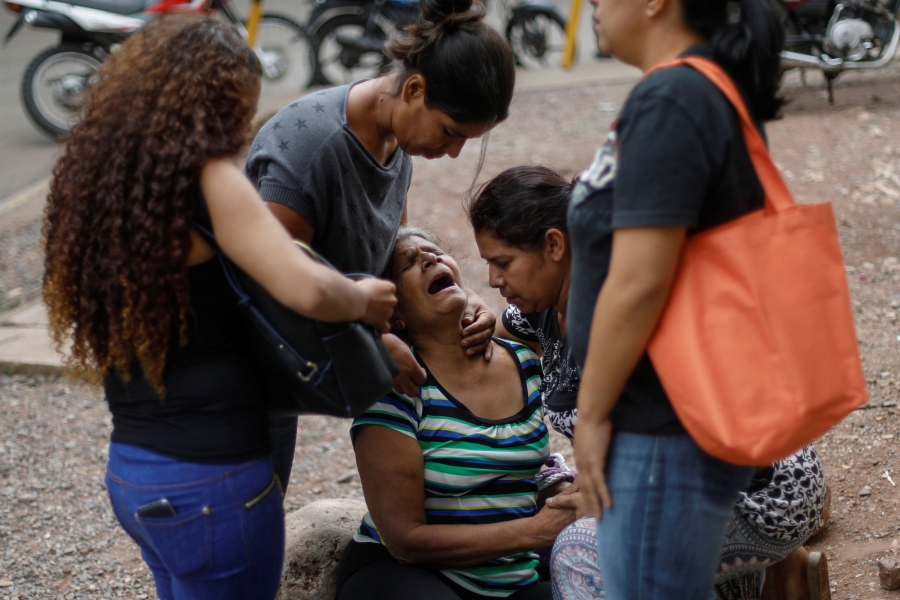 A woman reacts near the coffin of a man, who, according to the police, was kidnapped and killed, outside a morgue.

During my roughly three months spent in Honduras in 2018, I photographed mothers waiting at the morgue for the bodies of murdered sons and daughters, police keeping watch over corpses left lying on streets after shootouts and families wailing over the coffins of loved ones.

Blanco, 37, lived in the Japon neighborhood, a breeding ground for gang violence, according to local authorities. It was here that I experienced the most tense moment of my time in Honduras, as I moved between police, soldiers, gang members, forensic experts, hearse drivers and pastors. 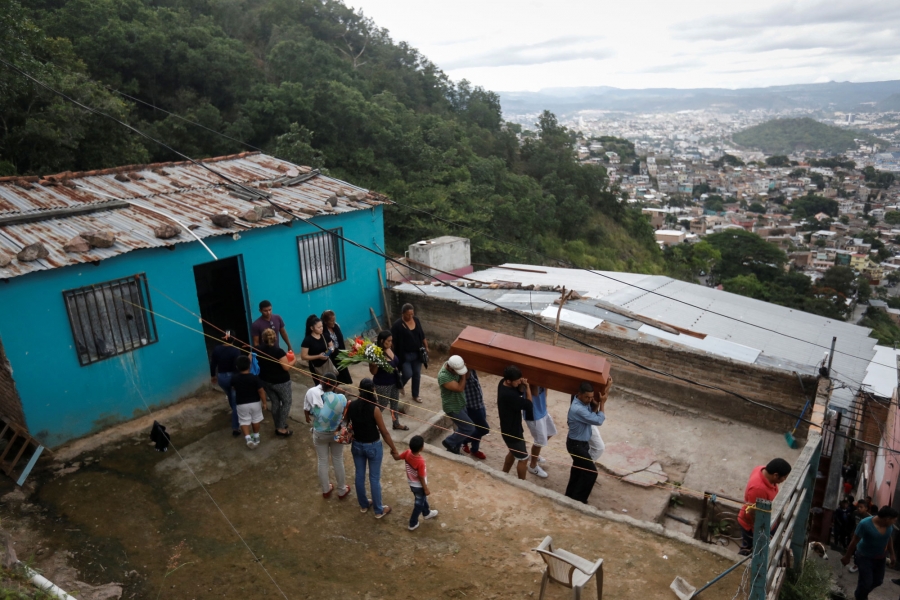 Relatives and friends of Ronald Blanco carry the coffin during his funeral.

At Blanco's funeral, I was stopped by a young man with piercing eyes, one green and one blue. He demanded to know why I was there.

I explained that I was a journalist taking photographs of the event. But the youth kept pressing me with questions about what had brought me to Blanco's funeral. As I continued taking the photos, I felt increasingly uncomfortable.

Finally, the tension eased when one of Blanco’s friends intervened, saying that the grieving family had authorized my presence. 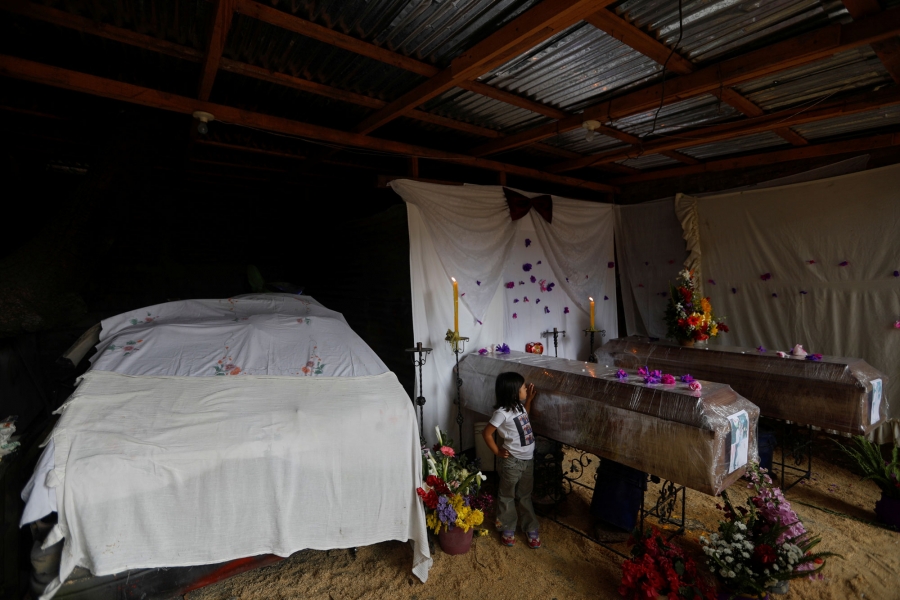 A girl stands next to the coffins containing the bodies of Blanca and another victim of the violence during a wake inside a garage, in Tegucigalpa, Honduras. 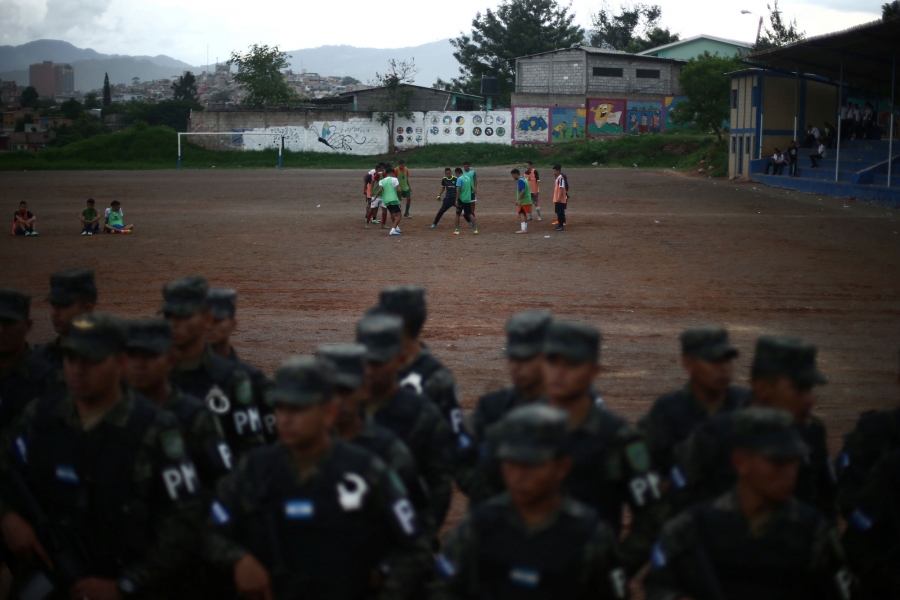 People play soccer as soldiers line up in a neighborhood occupied by gangs known as El Hoyo in Tegucigalpa, Honduras. 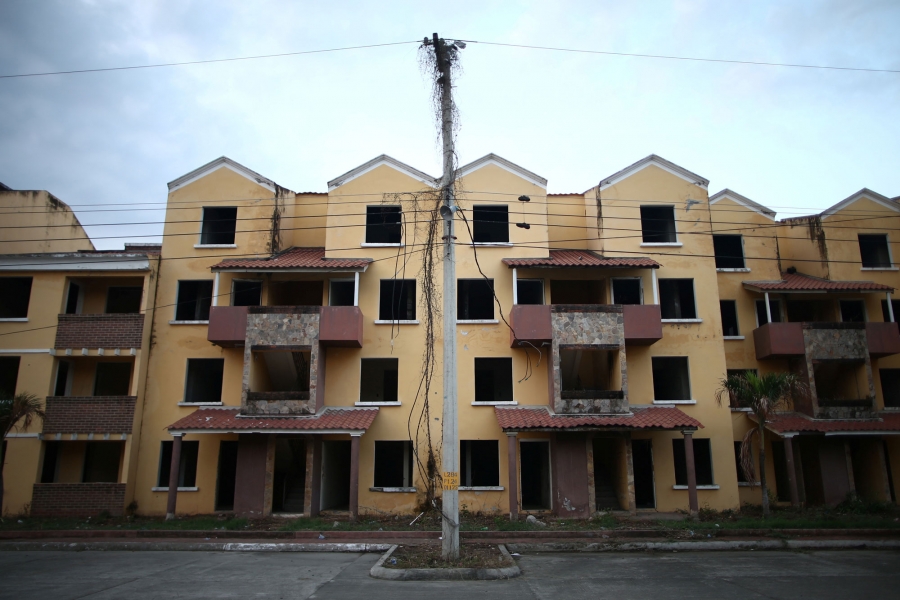 The facade of a building occupied by Barrio-18, so-called Crazy House, is seen in San Pedro Sula, Honduras.