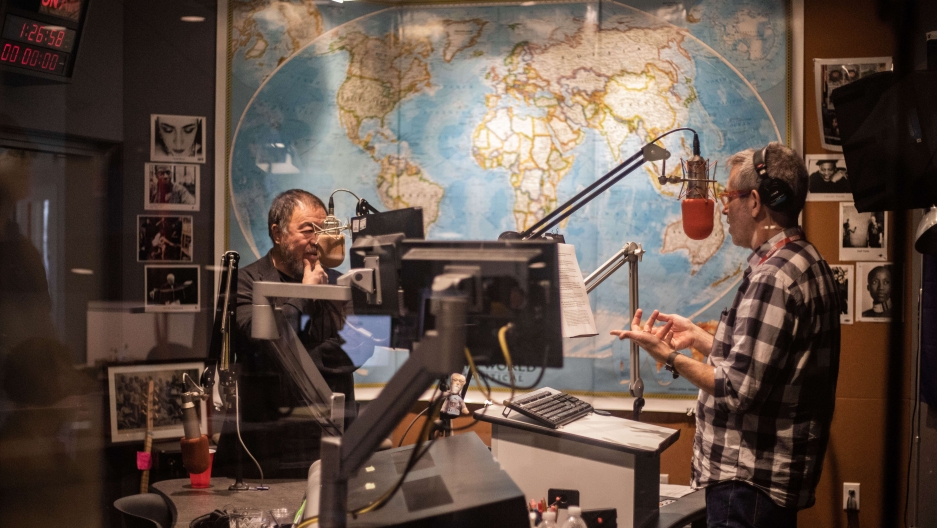 This was one of those rare moments where you speak with an artist whose work you’d just seen the night before. And the chemistry was great.

A play featuring African men from Accra, Lagos, Harare, Johannesburg, Kampala and London talking about things big and small, mundane and critical. In barbershops. That’s the animating force of the new play “Barber Shop Chronicles” by Nigerian playwright Inua Ellams. He came by the @pritheworld studios for a chat lady week. “There are not many places, certainly in the United Kingdom, where black men can gather without a suspicious lens through which their activities are seen, without a voyeuristic eye, from people like the police or people who aren’t part of that community,” Ellams explained when I asked him “Why a barber shop?” “Africans tend to be a little bit louder than others. As a West African, we are crazy. Nigerians specifically. There is something in the water. When we gather we just tend to be loud. But in barbershops where that culture is expected, it is the perfect space for it.” This is Ellams explaining with his hand why Nigeria is sometimes called “the trigger of Africa.”

2.  Emile Ratelband, Dutchman who lost a legal case to change his age from 69 to 49

This was a surreal conversation that I found challenging. Ratelband was so absolutely convinced of his righteousness, I began to wonder if he had a point. But in the end, really chronologically, you’re 69, dude, no matter how young you feel.

3. Michelle Oberman, author on abortion and miscarriage in El Salvador

We’ve spoken with Michelle Oberman before, but I was unaware of this particular subject. She had a deep knowledge of the country's issues and was able to really connect it to the abortion debate — and abortion access — in this country.

Jin Kyu Park is a really lovely guy who I vibed with the second he came in the studio. He has processed so many of his experiences growing up as a Korean immigrant within the larger immigrant population of Queens, New York, into a story that he tells very clearly and with purpose.

Jin Park, Harvard graduate, just became the first DACA recipient to land a Rhodes Scholarship. He knew he wasn’t eligible though when he applied. “I fully expected my application to just start a dialog,” he told me last week, “that’s really what it was. Just from my initial application, they reconsidered the statements that I was making, and they changed the criteria in a year so that I was able to apply for 2019.” But life is difficult for DACA recipients like Park, so-called “dreamers.” Many would prefer not even to announce they’re DACA recipients, especially with President Trump’s desire to scrap the program. Park’s own advice for dreamers who just want some hope? “It’s a really important question,” he says. “If you remember where your roots are, that’s where you can derive your strength. So for me, I always go back to my dad in the restaurant (the one he worked at in Queens NY after emigrating to the US), his hands blistered and hard. And when I think about my dad and his sacrifices, that always keeps me rooted and why I’m doing all this to begin with.” Interview here: https://www.pri.org/stories/2018-11-27/first-daca-student-pushed-boundaries-prestigious-rhodes-scholarship

6. Steve Hupp, the subject of a new docu-series on Viceland, "Kentucky Ayahuasca"

Steve Hupp is a convicted felon, now freed and proselytizing for ayahuasca as a shaman, as the Viceland series shows.

I am always leery of any wild idea that then becomes the driving force of a reality show. But once I saw the first episode of "Kentucky Ayahuasca," I saw something else going on: this guy’s crazy idea was helping people, and I wanted to hear from him.

What can I say? I live for interviews like these. It was simply wonderful to hear his voice declaring “China is broken.”

I live for days like this. Ai Weiwei, @aiww. What a deep character. 30 minutes speaking with him wasn’t enough, but I’ll take it. As we arrived in the control room @pritheworld, Carol Hills @globalcartoons was wrapping up her interview on the Native American get-out-the-vote campaign with Mark Rufalo @markruffalo (yes, celebrity turnstile today at the show), and was asking him about art and activism. He explained how he came to realize they were not mutually exclusive, but in fact complementary. Ai Weiwei listened, nodding heartily in agreement. “I thought she was asking me the question,” he said. My interview with Ai Weiwei on the show Monday. Oh yeah, photo by Ai Weiwei!

8. Nina Porzucki, on Macbeth in Basque and how it’s preserved the language

Not strictly an interview, but all the same, I really enjoyed speaking with Nina about this story of language preservation and the unlikely path taken by a Basque manuscript of Shakespeare.

“Double double, toil and trouble.” Shakespeare has been translated into many languages. Today on @pritheworld, @ninaporzucki introduces us to the Basque translation of “Macbeth,” and the story about why Basque ought to be a dead language. It was after all forbidden for many years in Franco’s Spain. And yes, Nina is pointing to the general area where Basque is spoken.

This ought to be part of a series of “crazy jobs.” Just tick off Lindsey’s challenges. Coaching women’s soccer in a country where women struggle, where there’s a war, where women are targets. The team can’t even practice there, so they’re always on the move.

Phan Thi Kim Phúc was nine when she was napalmed in Vietnam. I recall seeing the photo of her when it happened, so I would've been 11. Her agony haunted me through my childhood. So it was sort of unreal to even speak with her, as her words and her impressive story of rehabilitation and near death completed a picture that I'd been wondering about since 1972. 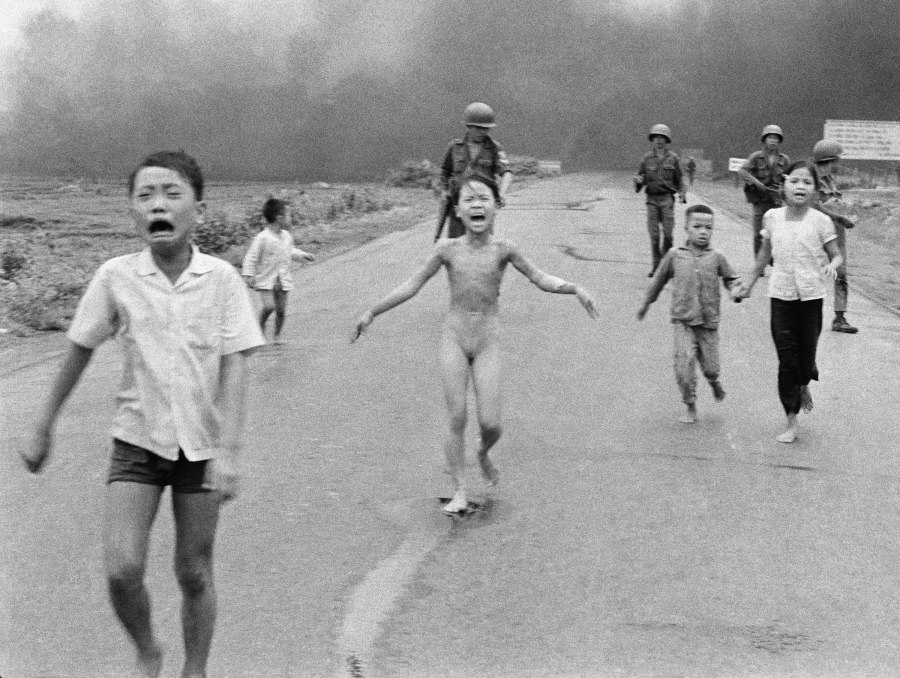 South Vietnamese forces follow after terrified children, including 9-year-old Phan Thi Kim Phùc, center, as they run down Route 1 near Trang Bang after an aerial napalm attack on suspected Viet Cong hiding places on June 8, 1972. A South Vietnamese plane accidentally dropped its flaming napalm on South Vietnamese troops and civilians. The terrified girl had ripped off her burning clothes while fleeing. The children from left to right are: Phan Thanh Tam (the younger brother of Kim Phùc), Phan Thanh Phouc, (the youngest brother of Kim Phùc), Kim Phùc, and Kim Phùc's cousins Ho Van Bon and Ho Thi Ting. Behind them are soldiers of the Vietnam Army 25th Division.