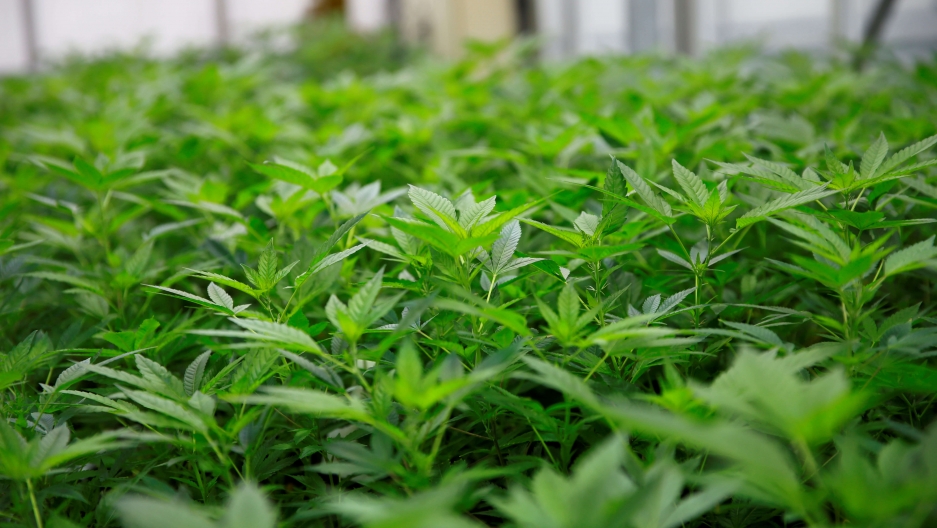 Anyone in Thailand who suffers from certain painful ailments will soon be allowed to seek relief via medical pot.

The global wave of laws condoning marijuana use has now washed into Thailand.

Anyone in the country who suffers from certain painful ailments will soon be allowed to seek relief via pot. So says a new decree from the military-run government, which is presenting medical marijuana approval as a New Year’s gift.

This is a remarkable step for a nation that, for decades, has moved in lockstep with America’s global war on drugs — and sometimes waged that war with an aggression that wouldn’t fly in the US.

Thai cops aren’t just allowed to stop and frisk pedestrians with no probable cause. They can also force people to pee in cups, right on the street, and test their urine for drugs. Test positive and you’ll face a fine as high as $600 or up to a year in prison.

This has not changed.

“I still have to tell people that,” says Chokwan “Kitty” Chorpaka, an activist with Highland Network, a group advocating the legalization of cannabis in Thailand. “It’s like, guys, wait. This doesn’t mean you can go outside and light up that joint!”

What it does mean is that anyone recovering from chemotherapy or suffering from multiple sclerosis, Parkinson’s disease, epilepsy or chronic pain can seek permission to treat their conditions with cannabis.

On a grander scale, it signals a baby step away from Thailand’s draconian drug war — one inspired by its powerful ally, the United States. Thailand has created Southeast Asia’s largest prison system, where 70 percent of all inmates are locked up on drug charges.

Pot isn’t the main drug driving Thais into prison. That would be methamphetamine, which constitutes more than nine out of ten drug arrests in the country. But Chokwan believes this new medical marijuana law indicates a shifting temperament within Thailand. Its army-appointed parliament approved the change unanimously with zero dissenting votes.

There are two forces at play here.

The first is the worldwide destigmatization of marijuana. The drug is now legal in some form within more than half of all US states, as well as Canada, Germany, Australia and, in total, about twenty other nations. These nations have already absorbed the shock waves that come from rattling global norms.

For decades, the US has prodded Thailand to attack its drug trade with brute force — crushing drug users “like a stone atop the grass,” according to Pittaya Jinawat, a former narcotics agent turned drug policy advisor.

But America’s influence is not as strong as it once was, he previously explained to The World. Allies such as Thailand are becoming bold enough to admit that “it never works … the grass always grows back” and adopt a softer touch.

The second big factor, Chokwan says, is that Thai officials “realized there’s a bunch of money to be made. This is a multi-billion dollar industry.”

“It will wake up the agricultural industry in Thailand,” she says. “We’re that country that loves to promote cash crops: rice and rubber and palm oil. Cannabis is just another cash crop that they want to bring in and stimulate the economy.”

Cannabis can grow easily in Thailand’s vast northeast. In fact, the word “bong” is a loanword from the Thai language, Chokwan says.

“You guys adopted that from us,” she says.

But Thai marijuana growers were hit hard in the 1980s when the US prodded its Cold War junior partner to shut down pot farms and help intercept ships smuggling the plant towards US shores.

Today, that brand of Reagan-era drug war viciousness, which did so much to brand marijuana as sinister, feels as anachronistic in Thailand as in the US.

“I will have to quote Bob Dylan for this but 'the times, they are a-changin’'” Chokwan says. “The whole world perception of cannabis is changing.”

Her organization, Highland Network, hopes that this pivot by Thailand’s government will some day lead to the full approval of recreational pot use. The medical marijuana law is expected to kick in within 60 to 90 days.