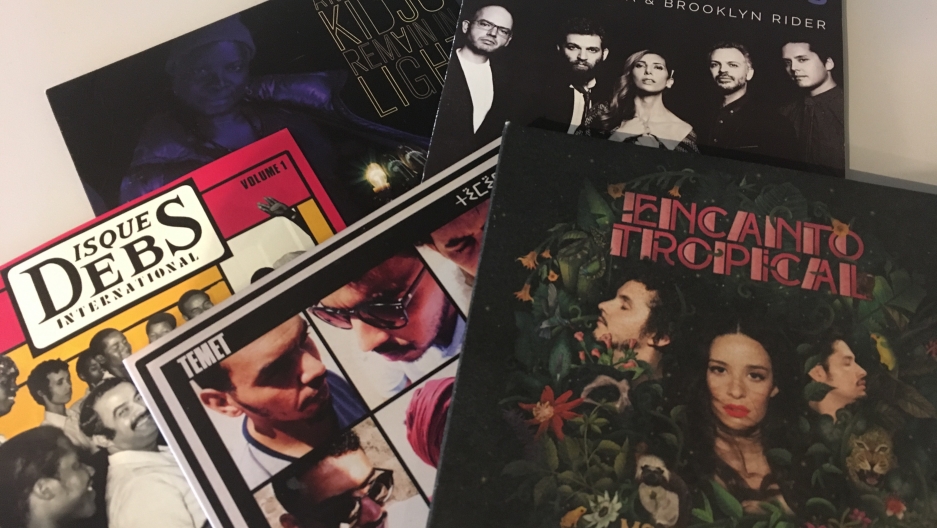 A sample of The World's favorite music picks for 2018.

There was a lot of great music released in 2018 and we wanted to highlight our favorites.

These are newly released tracks from a little known label in Guadeloupe.

On this recording, Colombia's gypsy-jazz group gets poppy, in their own way.

This group of Algerian Touregs rock the desert blues.

Benin's Angelique Kidjo puts the emphasis on Afrobeat with her take on this album-length cover of a Talking Heads classic.

A Mexican-born jazz singer, teams up with a string quartet and together they pay tribute to Latin American poets and songwriters who've lived under repressive regimes.

Spanish singer Rosalía takes flamenco to a whole new level. And, it's not without controversy.

In Robyn's latest release she offers sad electropop songs. This album will make you want to cry on the dance floor.

Here are some additional selections from Marco this year:

On this album you get French Guadeloupe that meets New Orleans swamp blues.

Listen to this an Australian protégé of the late-Sharon Jones.